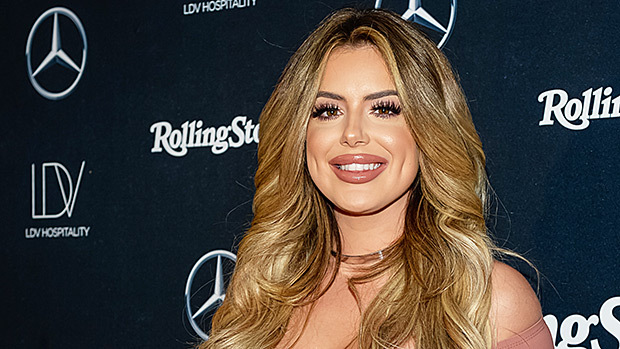 Brielle Biermann is loving life and her full lips. The 22-year-old ‘Don’t Be Tardy’ star flaunted her generous pout in a new photo that she shared with fans on April 27.

Brielle Biermann’s love of big lips is no secret and her inflated pout was front and center in her April 27 Instagram selfie. The 22-year-old reality TV star struck a glamorous pose behind the wheel of her car and couldn’t resist taking a pic to share it with her 1.3 million followers. Her eyebrows were groomed to perfection. Her false eyelashes made her eyes pop. And her glossy, pink lips were just the way she likes them – plump and very big.

“You feel the vibe, it’s contagious,” Brielle captioned the photo. The selfie got her mom Kim Zolciak’s seal of approval. The former Real Housewives of Atlanta star commented on the pic by writing, “Pretty girl.” “Got it from my mama!” Brielle was quick to respond. The blonde’s fans flooded her post with compliments. One called her a “beautiful baby girl,” while another gushed that she is “gorgeous.” “You’re perfection,” one follower even wrote.

However, Brielle hasn’t always received compliments for her looks, especially her lips, which she plumps up with filler. In March 2018 she was slammed on Twitter for bragging about going to get her “duck lips plumped up some more.” Trolls were quick to slam her and respond with cruel comments. “They’re gonna explode. Smh,” one person wrote. “You can’t be serious! At first I thought people should just leave you too [sic] it, but it’s just getting ridiculous now!” another person tweeted. “Wayyyyyy too big.”

You feel the vibe it’s contagious

Brielle brushes off her haters and she even claps back at them. She explained why in a March 2019 interview with us. “If I want to redo my whole body – which one day I probably will – and my whole face and everything, it should not affect you,” she told HollywoodLife EXCLUSIVELY. “It’s not your face, and quite frankly, you don’t have to look at it. Just move on from life. I don’t know how you’re so bothered by my appearance. You do you.”