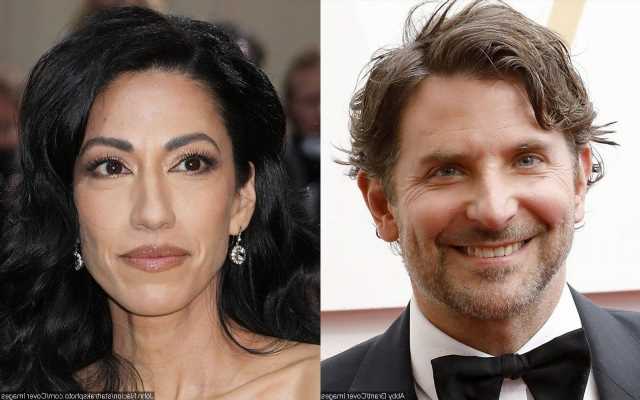 The former top aide of Hillary Clinton is reportedly seen ‘nuzzling’ the ‘Nightmare Alley’ actor at Goldberg’s Famous Bagels in the Hamptons while remaining mum on their dating reports.

AceShowbiz –Bradley Cooper and Huma Abedin apparently love to start their day early. The alleged lovers have reportedly been spotted on an early morning date in the Hamptons, weeks after their dating news broke.

An eyewitness claimed to have spotted the pair grabbing their breakfast at Goldberg’s Famous Bagels in Amagansett, New York on Sunday, July 24 at 6 A.M. The lovebirds were said to be packing on the PDA during the outing.

“They were there before the bagels even arrived,” the eagle-eyed spy said. “She was kind of nuzzling him, they kissed a couple times. She was very loving.”

Despite the alleged sighting, representative for both Bradley and Huma have denied their supposed weekend outing in the Hamptons. “Huma was in upstate [New York] all weekend and abroad immediately before that, so that can’t be true,” a rep for Huma told Page Six.

Meanwhile, a rep for Bradley debunked their dating reports, telling the outlet, “They are good friends – this isn’t true. Bradley was in New York.”

The same site first reported that Bradley and Huma are an item earlier this month. A source told the site that they were introduced by Vogue editor Anna Wintour. The “Guardians of the Galaxy” actor, who was said to be quietly seeing Dianna Agron at the time, allegedly broke it up with the “Glee” alum to date Huma.

“Bradley has been quietly dating Huma for a few months now, [and] they’ve been keeping it really quiet,” a source said. “Bradley broke up with Dianna Agron and started dating Huma.” The source further explained, “Anna definitely played matchmaker. She’s BFFs with Bradley and adores Huma.”

The insider also explained that the 47-year-old actor/director and the 46-year-old political staffer share many interests. “They are perfect for each other,” the unnamed informant shared. “They’re both into power and politics and human affairs.”

According to the publication, Bradley and Huma arrived together at the Met Gala on May 2. However, the alleged couple split up for the red carpet.