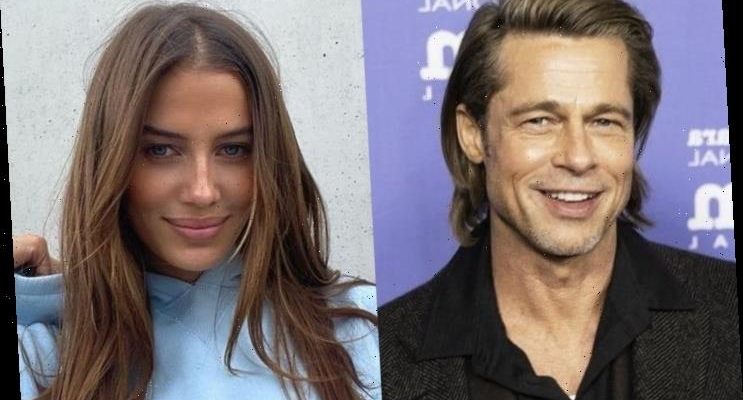 Nicole Poturalski, 27, is seen enjoying a night out with her much-older husband in Germany, roughly two months after she was seen jetting off to France with the ‘Once Upon a Time in Hollywood’ star.

AceShowbiz -Model Nicole Poturalski has reunited with her restaurateur husband in Germany after enjoying a series of public outings with Brad Pitt.

The “Once Upon a Time in Hollywood” star was romantically linked to Nicole, known professionally as Nico Mary, in late August (20), as they were photographed jetting off on vacation together in the south of France.

Reports suggested the pair had been quietly dating for the past year, and it subsequently emerged that the Polish-born stunner, 27, was the wife of 68-year-old German businessman Roland Mary, the father of her seven-year-old son, although they are in an open marriage.

Nicole has since returned to her husband’s side, and they were photographed enjoying a night out with friends at Borchardt, the Berlin eatery owned by Roland, on Friday night (23Oct20).

Images obtained by the Daily Mail show the pair outside the restaurant as Nicole joins a group of pals for a cigarette.

The Oscar winner has yet to comment on his relationship with Nicole, who is noted for bearing a striking resemblance to Pitt’s superstar ex, Angelina Jolie, from whom he separated in 2016.

Instead, Pitt has his attention fully focused on the upcoming U.S. presidential election, lending his distinctive voice to a new Joe Biden campaign advertisement, which debuted on TV during Saturday’s broadcast of the World Series baseball clash between the Los Angeles Dodgers and the Tampa Bay Rays.

The 60-second commercial features video footage of the Democratic candidate greeting voters before the coronavirus pandemic, as the actor says in the voiceover, “America is a place for everyone – those who chose this country, those who fought for it – some Republicans, some Democrats, and most, somewhere in between. All looking for the same thing.”

“Someone who understands their hopes, their dreams, their pain. To listen, to bring people together, to get up every day and work to make life better for families like yours,” he continues.

“To look you in the eye, treat you with respect and tell you the truth. To work just as hard for people who voted for him as those who didn’t. To be a president for all Americans.”

Biden will face off with incumbent Republican leader Donald Trump on 3 November.