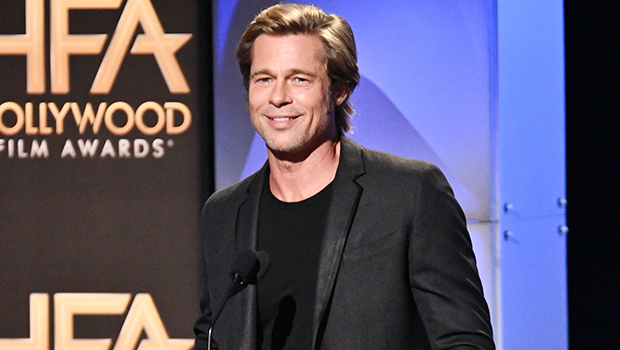 Brad Pitt checked out an art installation that was heavily inspired by his ex-wife Jennifer Aniston! Find out all about the piece entitled ‘Jennifer Aniston’s Used Book Sale’!

Well, this is a surprise turn of events. Brad Pitt checked out an art installation in the lobby of the Hollywood Roosevelt Hotel that was centered around his ex Jennifer Aniston, according to sources who talked to People. The art piece, created by Kristen Morgin for the Felix Art Fair taking place at the hotel, is titled “Jennifer Aniston’s Used Book Sale.” The piece features several ceramic sculptures of various books Morgin imagines Aniston might have owned at some point. Check out the art installation here!

Meanwhile, Brad was seen at another art show in Los Angeles on Feb. 14, and according to an attendee at the Frieze Los Angeles art fair, he was in an upbeat mood. “I spoke with Brad while I was at Frieze,” New York City gallerist Hong Gyu Shin told Us Weekly. “We spoke about the fair, and we had a lovely conversation, and he was an excellent individual… He was in a good mood and super friendly. Brad is one of the nicest celebrities I’ve ever met.”

We reported earlier how after attending Jen’s 50th birthday at the Sunset Tower Hotel on Feb 9, Brad was only left with positive feelings and vibes. “Brad [Pitt] felt good seeing Jennifer [Aniston] again and spending time with her at her birthday party,” a source close to Brad told HollywoodLife EXCLUSIVELY. “Brad has done a lot of work on himself since being in a relationship with her, so he feels like a different guy. He also still has a lot of love for Jen, his [first] ex-wife. He hopes attending her birthday party may be the start of a new beginning in their journey together. He is trying to keep an open mind about everything.”