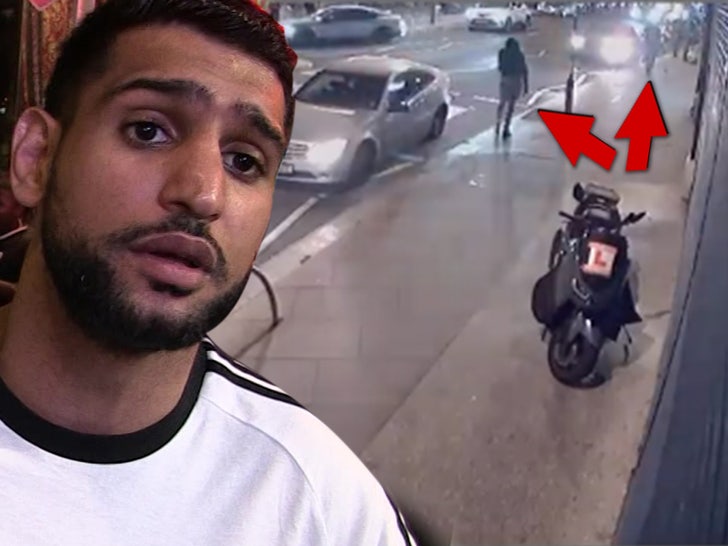 Scary moment for boxer Amir Khan … the former champ says he was robbed at gunpoint on Monday night while walking with his wife, Faryal Makhdoom, after dinner in East London.

And, the alleged suspects were caught on video!

Khan spoke about the terrifying incident on social media … saying two men approached him as he was walking across the street with Faryal in Leyton — a town about 45 minutes east of London. 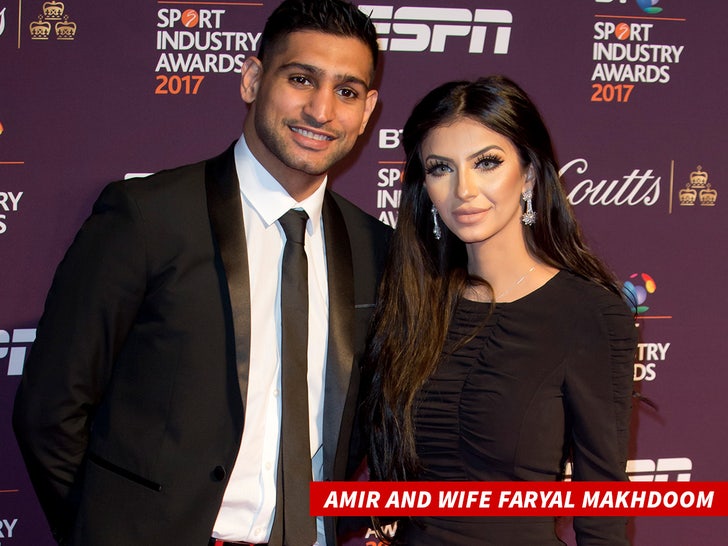 “I crossed the road with Faryal, luckily she was few steps behind me,” Khan said, “2 men ran to me, one holding a gun from afar and one had the gun pointing to my head asking for my watch.”

“The main thing is we’re both safe.”

Faryal — who married Khan in 2013 — shared footage of the alleged suspects on Tuesday … highlighting two men getting out of a car, saying, “they knew exactly what time we walked out.” 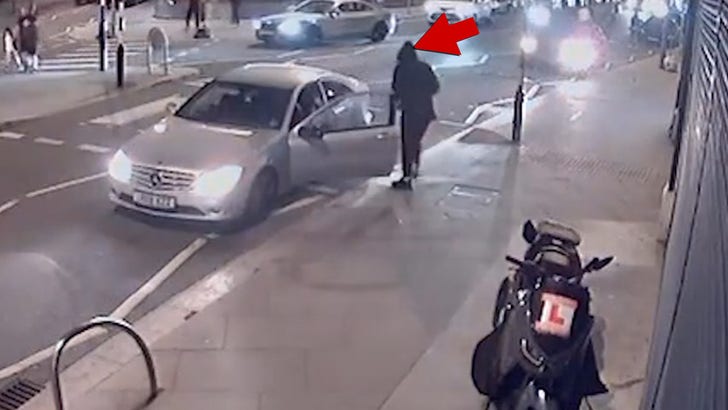 Faryal also posted the Franck Muller watch they say was stolen — along with the serial number — “incase it goes around we can find out who’s done this.”

If you’re not familiar with Franck Muller watches … they’re a Swiss luxury watchmaker. Their timepieces can range from anywhere between a few grand to upwards of $100k and beyond. 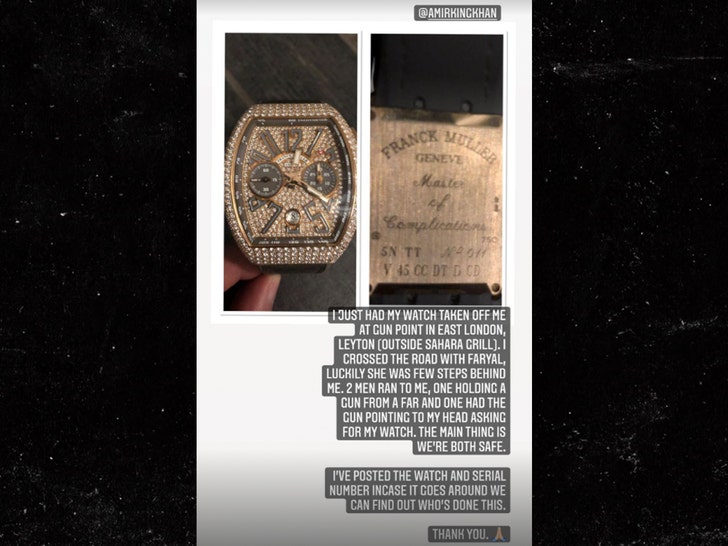 As you’d expect, Khan is pissed off over the alleged robbery … saying he couldn’t sleep in an Instagram video, but is ultimately just happy he and his wife are okay.

The Metropolitan Police tell us they’re investigating, but cautioned they were in the “very early stage” … and no arrests have been made at this time.