Fields was injured in a violent crash on the first lap of his qualifying heat at the Tokyo Olympics. The reigning gold medalist slammed into the turn coming off a jump and was hit by two other riders.

Medical personnel raced onto the course to attend to him before carrying him away on a stretcher to an ambulance at Ariake Urban Sports Park. 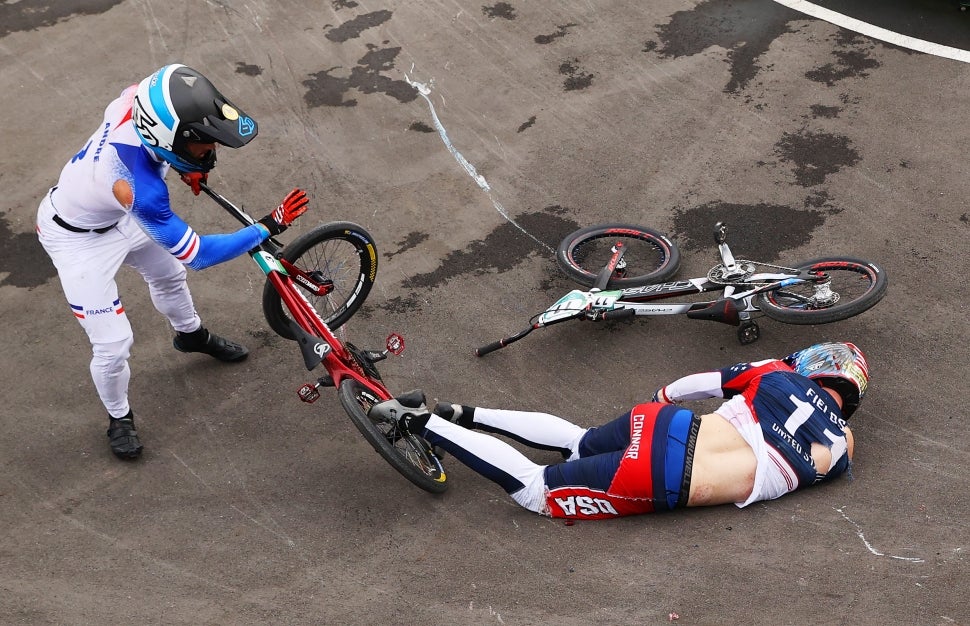 Romain Mahieu of Team France checks on Connor Fields of Team United States after a crash on day seven of the Tokyo 2020 Olympic Games at Ariake Urban Sports Park on July 30, 2021.

The 28-year-old from Las Vegas qualified for the finals despite the crash, but was not able to race.

“I haven’t seen the crash, but I hope he’s OK,” Kimmann said. “He’s been a great ambassador for the sport. For me, it’s sad he wasn’t able to defend his gold medal.”

Sending hugs to Connor Fields and Saya Sakakibara after they crashed out of the cycling BMX racing semi-finals. We're thinking of you!

Australia’s Saya Sakakibara also crashed out of the semi-finals.  The Olympics acknowledged both racers’ crashes in a tweet.

This story was originally published by CBS News on July 30, 2021.