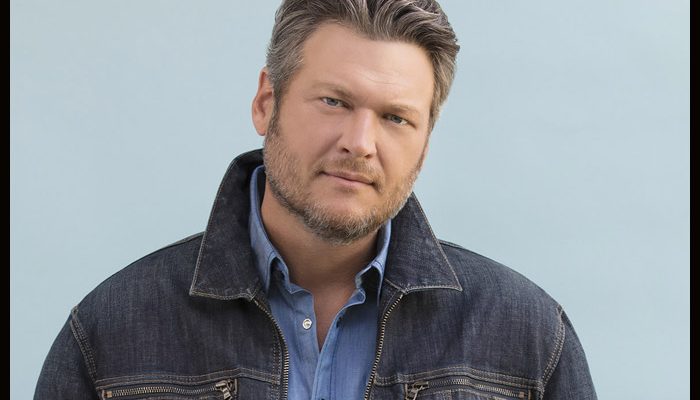 Blake Shelton played the romantic tune “Turnin’ Me On” during his appearance on the Ellen DeGeneres Show on Thursday.

While introducing Shelton, DeGeneres said it is “the song he sings to Gwen Stefani every night.”

During the show, as part of a game called “5 Second Rule,” Shelton was asked what he and his colleague from The Voice do when her kids go to bed.

Stefani, who has three children from her marriage to Gavin Rossdale, has been dating Shelton since she divorced in 2016.

Sandra Bullock also had a guest appearance on The Ellen DeGeneres Show.

Competing against the actress, Shelton was to name three things Stefani makes fun of him for.

“My hair, my socks and the same shirt I wear every day,” was his answer.