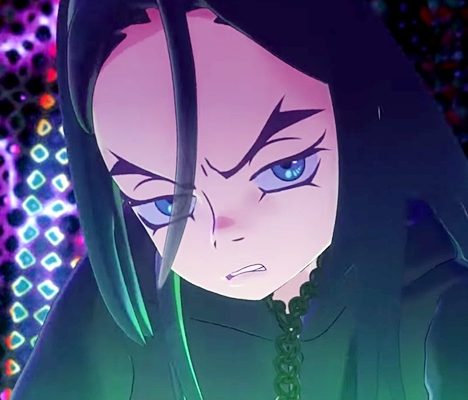 Billie Eilish dropped a new music video for “You Should See Me In A Crown,” one of her most important older singles which will appear as the lead track on her upcoming album, When We All Fall Asleep, Where Do We Go?. The new video was produced by legendary Japanese artist and animator, Takashi Murakami.

The video is not the first collaboration between Billie and Takashi. Takashi also produced Billie’s multimedia cover for Garage Magazine back in January. Probably Takashi’s most well known work for an American musical artist was his previous collaboration with Kanye West on Kanye’s album, Graduation.

The full video is currently only available for subscribers of Apple Music here. However, we have a sneak preview of the video — as well as Takashi’s painting of Billie for the cover of Garage Magazine — below.