Could a reconciliation be brewing? Exes Ben Affleck and Lindsay Shookus were spotted heading to dinner at Katsuya in Brentwood, California on Saturday, February 23.

Prior to their dinner date, the Gone Girl actor, 46, and the Saturday Night Live producer, 38, caught up over coffee at Starbucks, according to the Daily Mail Opens a New Window. . In photos obtained by the outlet, Affleck sat in the driver’s seat of his car while he held a cell phone up to his ear. Meanwhile, Shookus was all smiles as she returned to her former beau’s Bentley carrying two iced coffees.

Their outings come six months after Affleck and Shookus called it quits on their relationship of more than a year in August 2018. Earlier this month, a source told Us Weekly the former couple had gotten back in touch.

“They’ve been talking and have seen each other again. Ben is in a much better place health-wise and is a lot happier,” the insider revealed, noting that it was Shookus who “reached out” to Affleck.

Shortly after their split, the Justice League star’s ex-wife, Jennifer Garner, along with a sober coach, staged an intervention at Affleck’s home in the Pacific Palisades neighborhood of Los Angeles, leading Affleck to check into rehab for alcohol addiction.

“Ben has been struggling, and it got to a point where he wanted help and knew he needed help,” an insider told Us at the time. Following his third stint in treatment, Affleck penned a lengthy statement to Instagram addressing his time in rehab.

“This week I completed a 40-day stay at a treatment center for alcohol addiction and remain in outpatient care,” he began the message. “The support I have received from my family, colleagues and fans means more to me than I can say. It’s given me the strength and support to speak about my illness with others. Battling any addiction is a lifelong and difficult struggle. Because of that, one is never really in or out of treatment. It is a full-time commitment. I am fighting for myself and my family.”

Affleck concluded the post: “I hope down the road I can offer an example to others who are struggling.”

The Oscar winner was later briefly linked to Playboy model Shauna Sexton after his breakup with Shookus. 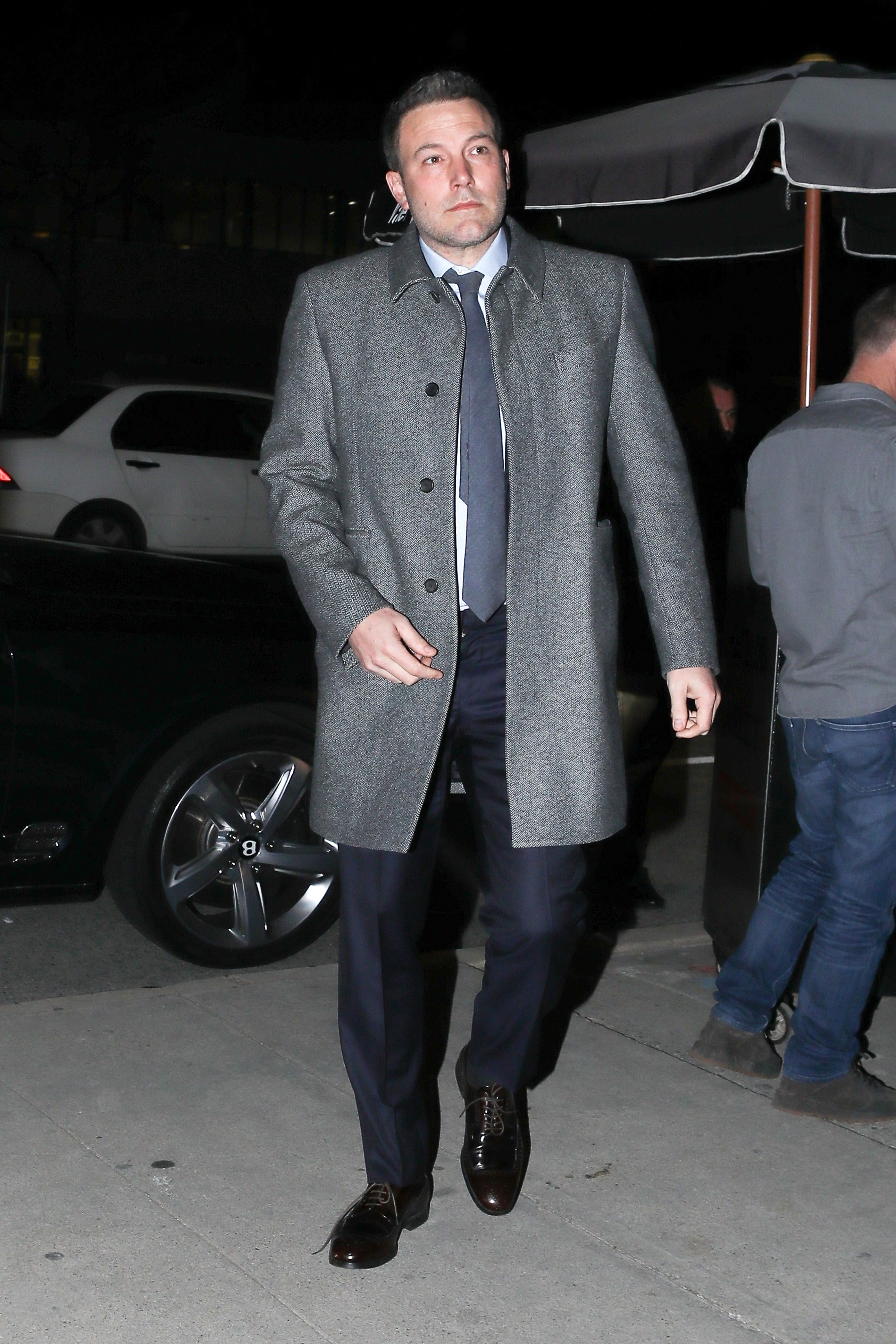 Affleck looked happy and healthy as he strolled into the restaurant wearing a navy blue tie and slacks paired with a gray jacket. 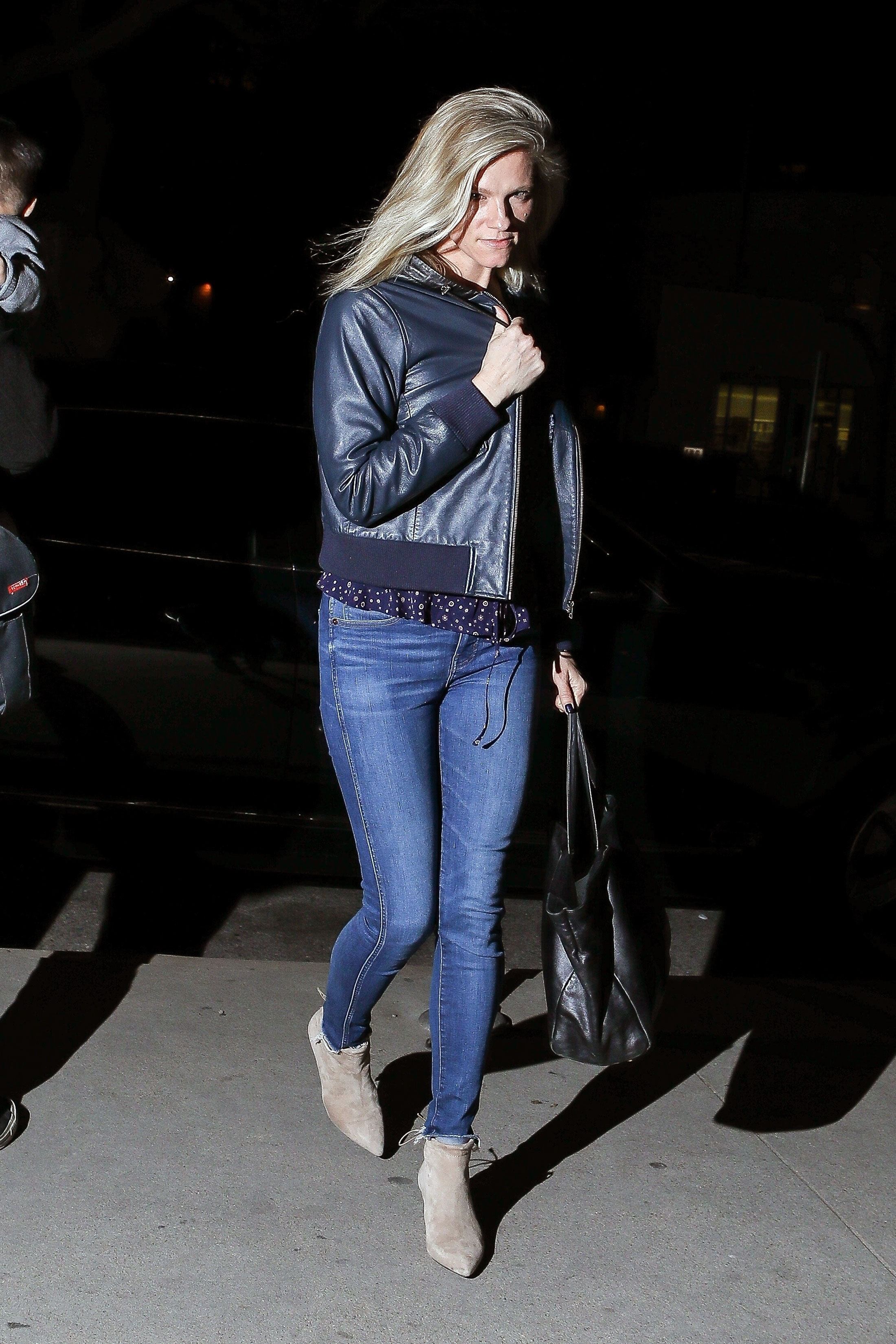 Shookus, for her part, also wore navy blue, but took a more casual approach pairing her jacket with jeans and ankle boots. 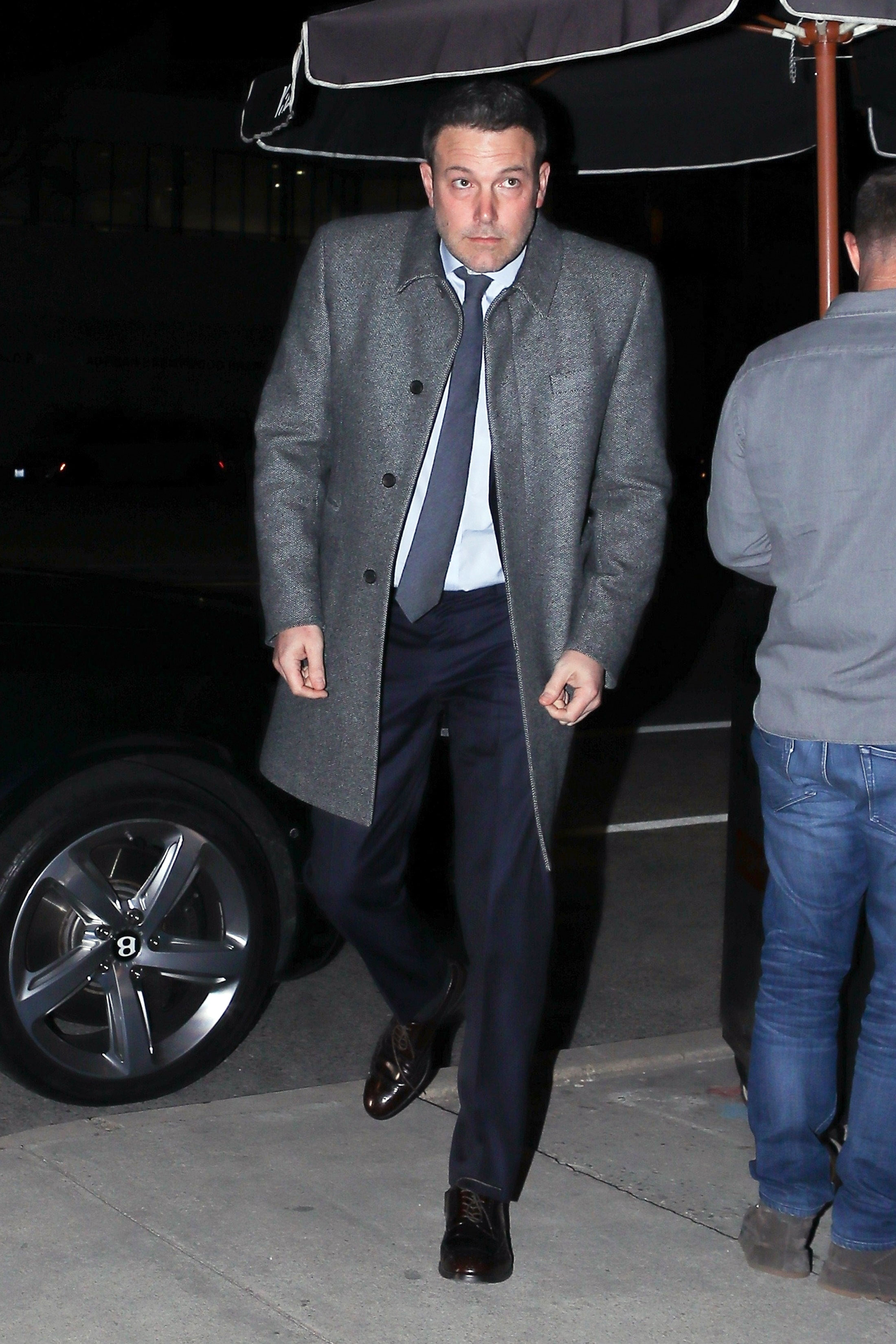 Affleck was wide-eyed as he ducked into the popular sushi hot spot. 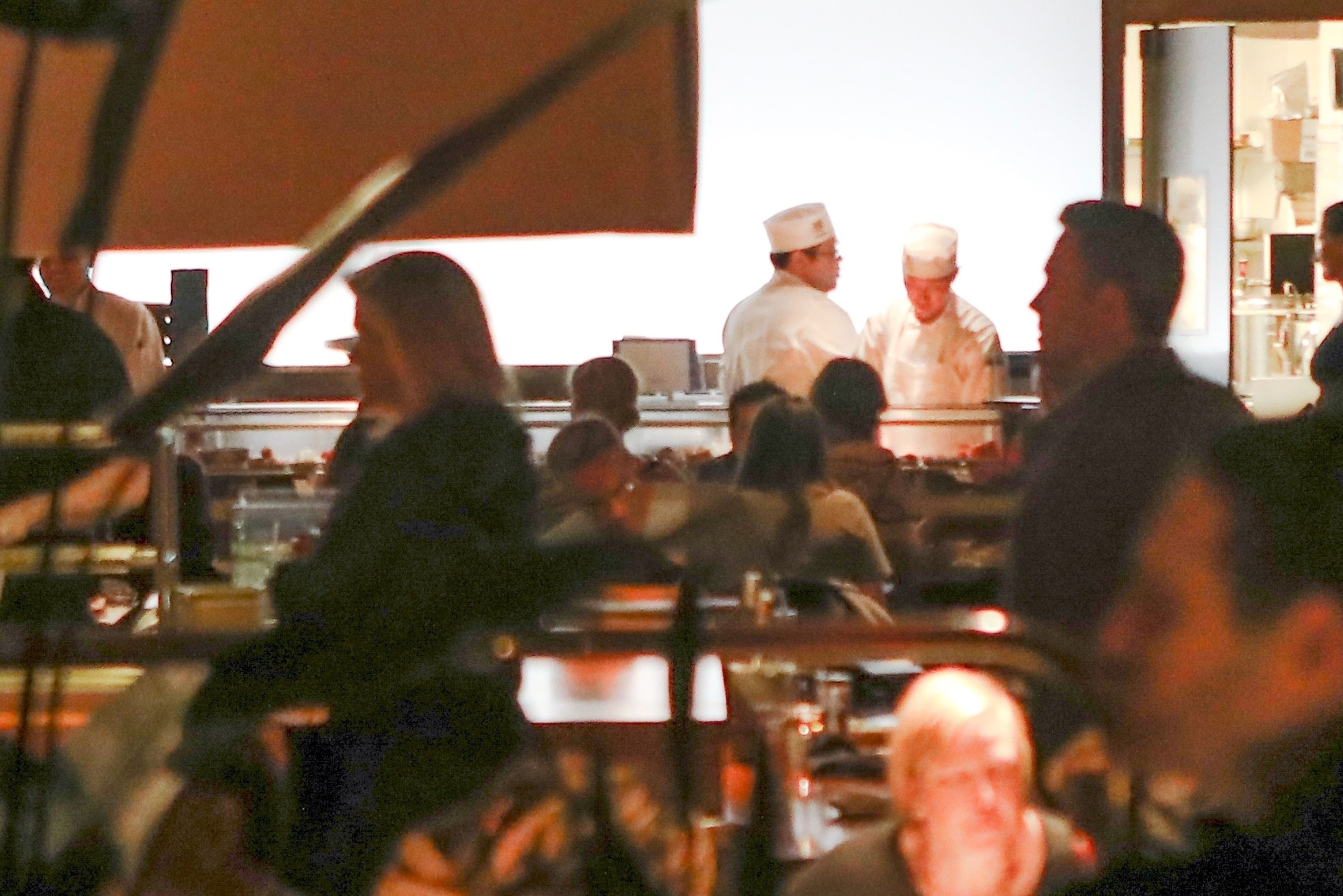 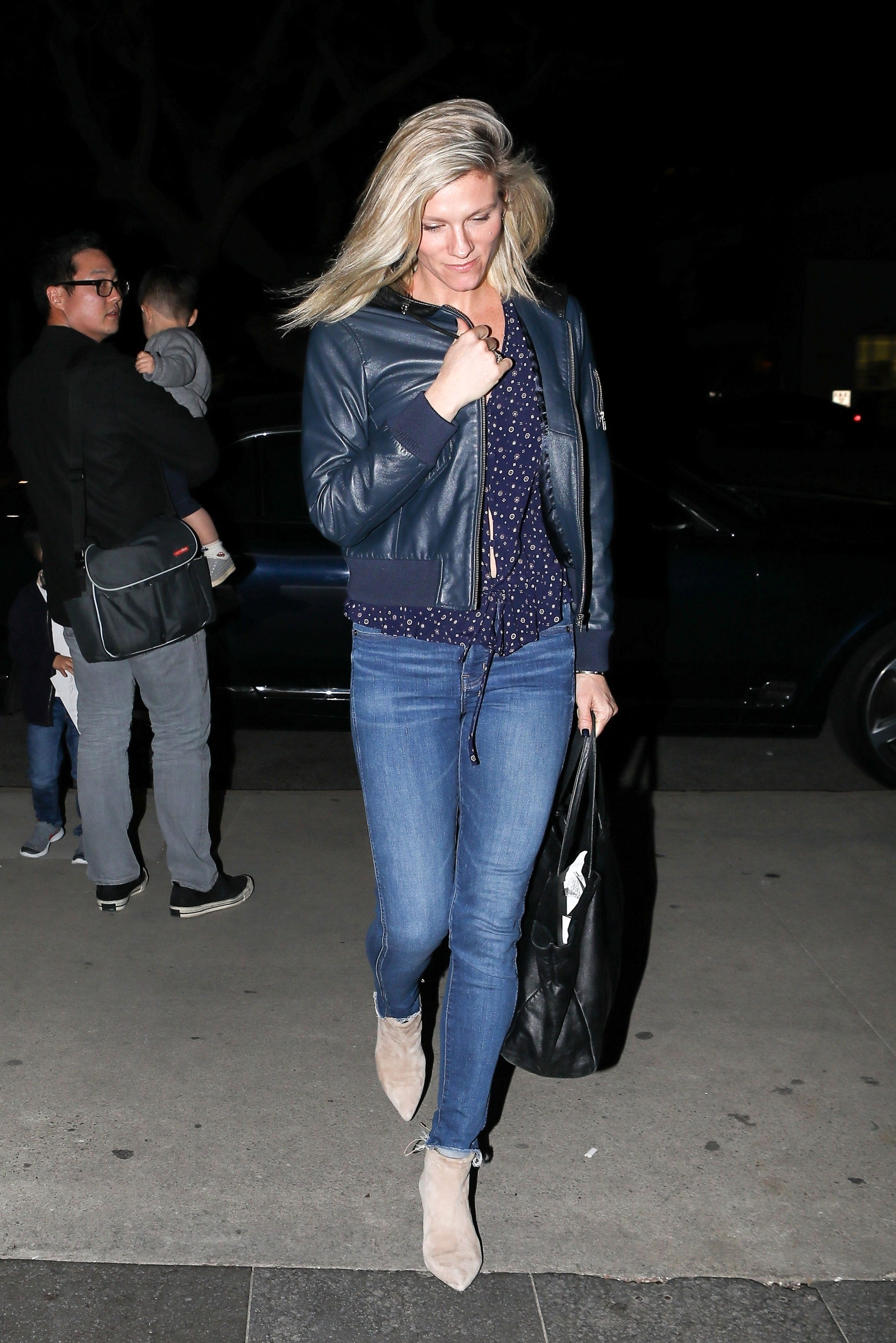 Shookus smirked as she kept a low-profile while walking into the evening with her ex.