Ben Affleck’s son, Samuel, 10, was behind the wheel of his dad’s Lamborghini when the car bumped into a BMW over the weekend. The two were enjoying a day out alongside Ben’s fiancée Jennifer Lopez when the incident occurred.

It happened after the actor allowed his son to sit in the driver’s seat of the yellow car while the engine was still on.

Meanwhile, the couple were browsing the motors on offer at the Los Angeles dealership they were visiting.

While in the car, Samuel put it in reverse, which caused the vehicle to crash into the wheel of a white BMW situated behind the sports car.

In video footage of the incident obtained by TMZ, it was apparent that the luxury sports car touched the BMW front wheel and possibly its fender. 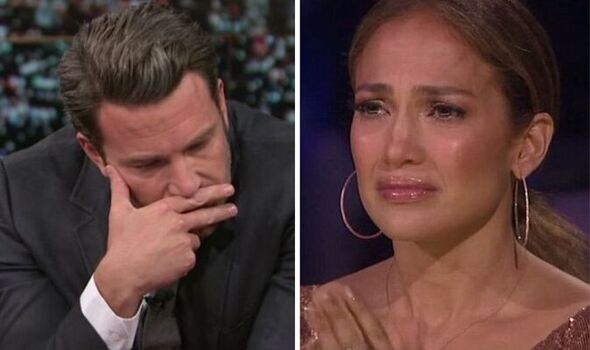 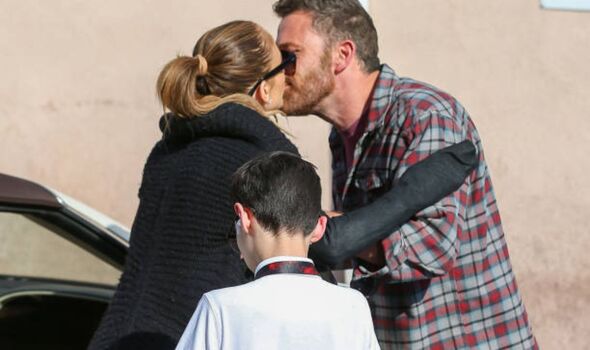 After accidentally reversing into the car, Ben comforted a worried Samuel and gave him a hug as he got out of the car to look at the damage done.

Speaking with the American publication, a representative for Ben stated that no damage was caused and all involved were okay.

Ben and Jennifer – who got engaged for a second time earlier this year – were pictured looking after Samuel after the incident.

The Jenny From the Block singer was snapped holding hands with her beau’s son as they left the car dealership on Sunday. 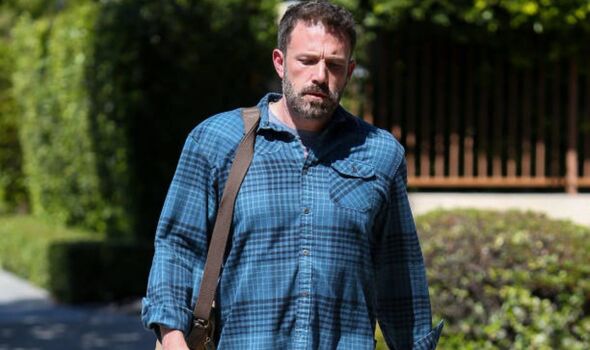 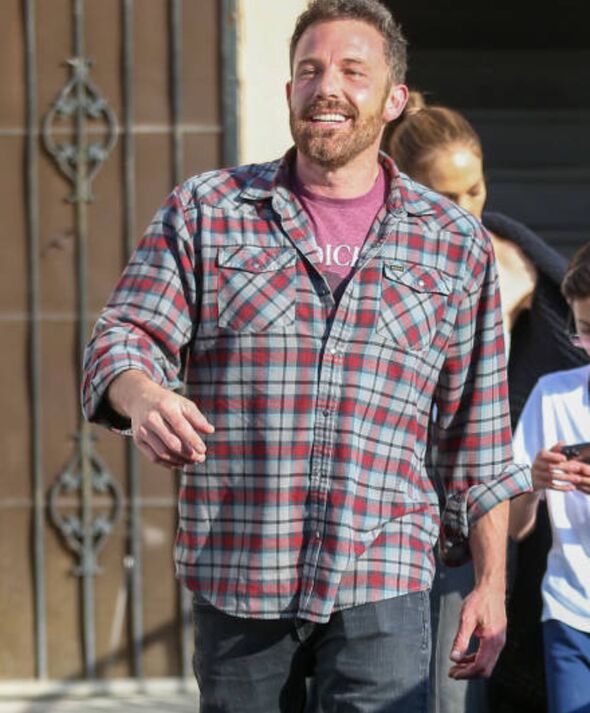 Samuel is one of three children Ben shares with ex-wife Jennifer Garner, whom he divorced in 2018.

He told PEOPLE earlier this year: “Our marriage didn’t work, and that’s difficult.

“Both of us really believe that it’s important for kids to see their parents respect one another and get along, whether they’re together or not.”

Jennifer and Ben restarted their romance last year, after splitting from each other 20 years ago, at which point they were engaged for the first time.

In April, Jennifer said there was “nothing fancy” about Ben’s latest proposal.

“Saturday night while at my favorite place on earth (in the bubble bath), my beautiful love got on one knee and proposed,” the Hustlers actress explained in an On The JLo email update.

“I was taken totally off guard and just looked in his eyes smiling and crying at the same time trying hard to get my head around the fact that after 20 years this was happening all over again.

“I was quite literally speechless and he said, ‘is that a yes?’ I said ‘YES of course that’s a YES.’”

She continued to confess that after the actor’s proposal, she was left crying and feeling “so incredibly happy and whole”.

“It was nothing fancy at all, but it was the most romantic thing I could’ve ever imagined…

“Just a quiet Saturday night at home, two people promising to always be there for each other,” she added when recalling the romantic moment.