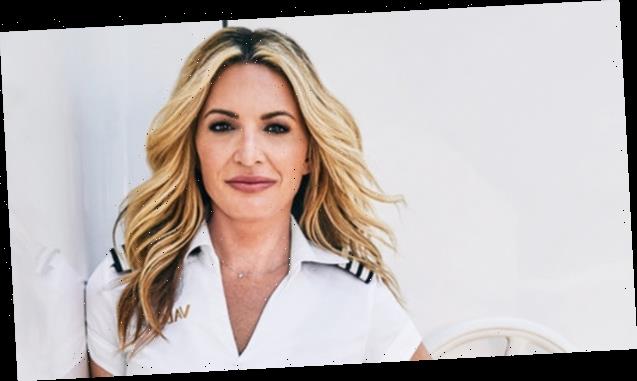 The ride home from a night out doesn’t go smoothly for Kate and Brian. They get into it after Kate keeps calling Brian a ‘yachtie’ in this EXCLUSIVE preview of the Dec. 9 episode of ‘Below Deck.’

Things get a little bumpy between Kate and Brian in this EXCLUSIVE preview of the all-new episode of Below Deck. When Kate calls Brian a “yachtie,” that’s when things take a turn. “Please don’t,” he says to her. “I hate it.” Kate replies, “No yachties love being called a yachtie.” Again, Brian asks Kate not to call him that.

Brian thinks the term is very disrespectful. Kate doesn’t see it that way. “I think a yachtie is somebody who is agreeable, hardworking, well-traveled…” she says. The tension continues to escalate. “You should stop doing it because I asked you not to do it,” Brian tells Kate. They both get defensive. “I’m not calling you a yachtie, Brian. I would like to be called that too. What do you think I am?”

Brian quickly quips, “You’re kind of a b*tch.” That doesn’t go over well with Kate. Like Brian did with being called a “yachtie,” Kate gets extremely offended. “I thought Brian was like the nicest guy ever,” Kate says in her confessional. “I’m so thankful we have him on the crew and, surprise, he thinks I’m a b*tch.” Back in the care, Kate turns away from Brian and stares out the window. Tanner tries to settle the situation and eventually tells Kate to “get over it.”

Will Kate and Brian be able to get past this? Or will one argument ruin everything? Below Deck season 7 airs Mondays at 9 p.m. on Bravo.