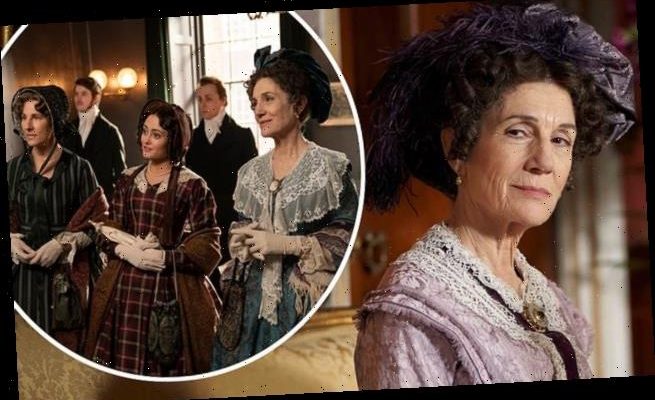 Belgravia FIRST LOOK: Harriet Walter looks elegant in a lilac gown as she joins Tamsin Greig and Ella Purnell in new images from the ITV show

The exciting new show by Downton Abbey’s creator Julian Fellowes, which is set to air in 2020.

And the first images of Harriet Walter, Tamsin Greig, and Ella Purnell were released by ITV on Wednesday, which saw the stars dressed in their finery for the period drama.

The Crown star, 69, looked practically regal in a lilac gown that had a floral print and a white lace trim across the lapel. 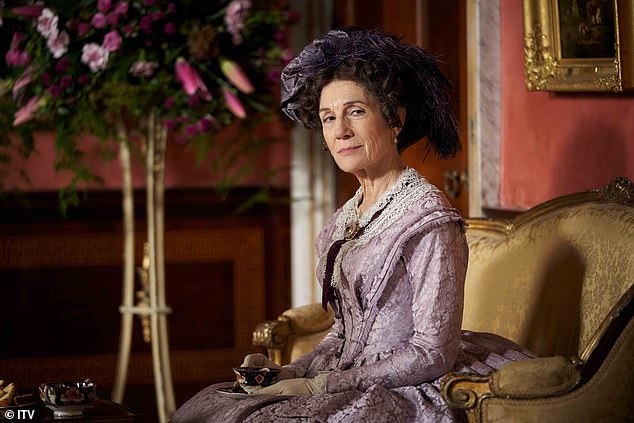 Belgravia FIRST LOOK: Harriet Walter looks elegant in a lilac gown in new images from the ITV show which were released on Wednesday

Harriet could be seen transforming into her character Caroline, Countess of Brockenhurst as she adopted a stoic expression while enjoying some tea.

In another scene, Harriet was seen standing alongside Tamsin and Ella as the trio look on at something off camera.

Tamsin looked elegant in a black striped gown, while Ella wore a red plaid dress that had a white lace trim to give it an elegant flair. 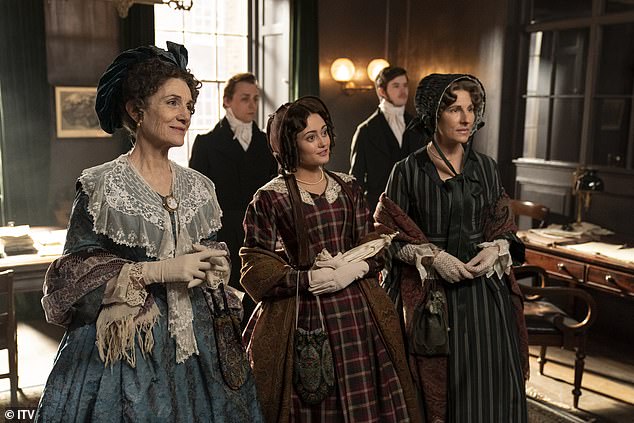 Ladies: In another scene, Harriet joined Tamsin Greig, and Ella Purnell as the trio looked on at something off camera

Filming first began for the ITV series in May and include scenes from several stunning Victorian locations, including London, Bath and Northumberland.

While Downton Abbey’s award-winning creative team will be reunited once again for the adaption of his novel, also called Belgravia, including Killing Eve’s Colin Wratten producing.

Belgravia, published in 2016, tells the story of secrets and dishonour amongst the upper echelon of London society in the 19th Century.

It starts when a businessman named James Trenchard (Philip Glenister) and his wife Anne Trenchard (Tamsin) accept an invitation to the now legendary ball hosted by the Duchess of Richmond on the fateful eve of the Battle of Waterloo in 1815. 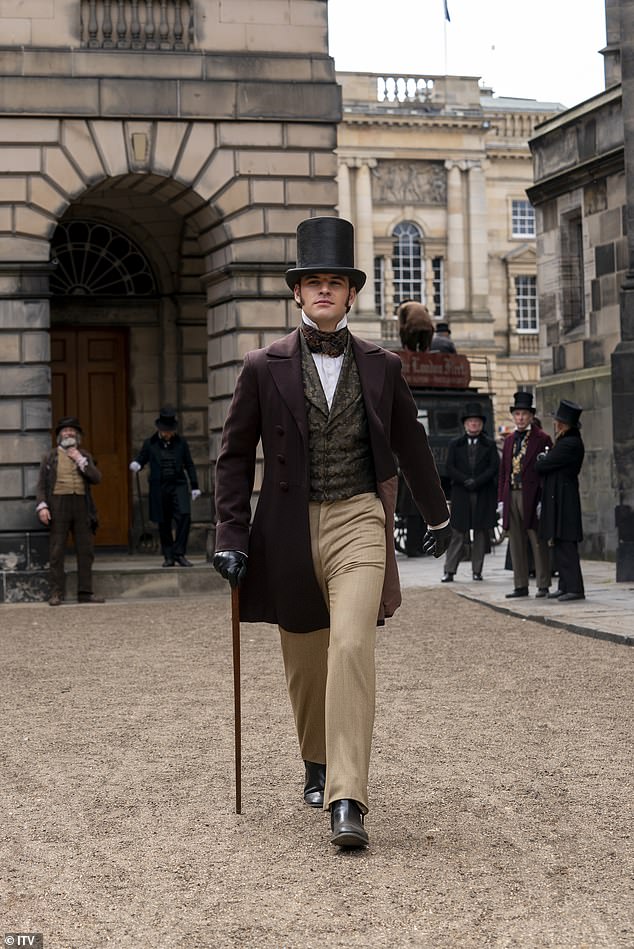 They attend with their daughter, who catches the eye of the son of one of the most influential families in England.

That night sets into motion a series of events that will have consequences for decades to come.

It later follows the families as secrets unravel behind the porticoed doors of Belgravia, one of London’s grandest postcode.

With filming underway, it is expected to air either later this year or early 2020.

In a release announcing the show executive producer Gareth Neame said: ‘It’s fantastic to be working once again with Julian, a master storyteller.

‘In Belgravia he has painted a wonderful backdrop of 19th century society against which intrigue and dynastic power struggles will play out.’

Producers will be hoping to replicate the success of Downton Abbey, another Julian Fellowes creation, which pulled in record ratings, catapulted its actors to stardom and continues to enjoy buzz almost a decade after its first episode aired.

Belgravia is a Carnival Films co-production with EPIX for ITV. 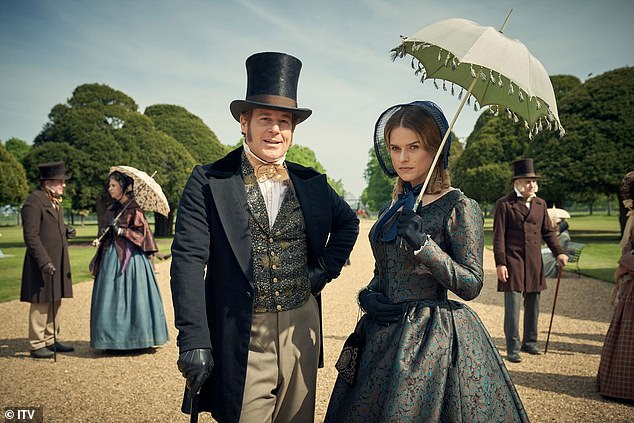 Drama: Belgravia is based on a Julian’s book published in 2016, and tells the story of secrets and dishonour amongst the upper echelon of London society in the 19th Century