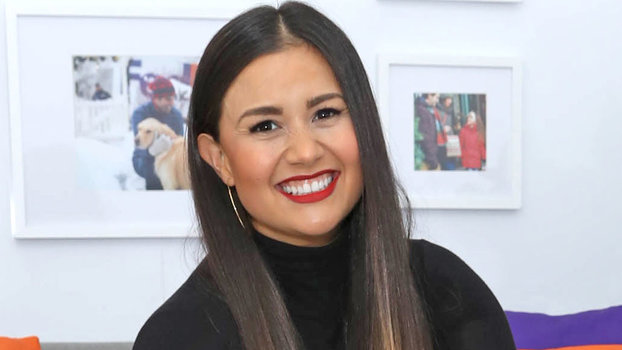 Catherine Lowe wishes you could see her face. That way, you could see how exaggerated of an eye roll she made in response to whether The Bachelor season 23 is making too much of star Colton Underwood’s virginity ahead of the season premiere.

“I’m just over it,” Lowe tells InStyle. “I think a lot of people want to see more than that — and they will once the season starts — but they’re taking it a little far.” (That includes that 40-Year-Old Virgin poster, by the way.)

That said, Lowe, who is currently working on a holiday partnership with FedEx, does believe that the people behind the show know what they’re doing. “They’ve been mastering the show for however long, so I give them props on that,” she explains. “I just want other people to see other sides of him. Colton seems like somebody who has a lot of different layers and levels.”

RELATED: Three Things We Know Will Happen on Season 23 of The Bachelor

Of course, the Colton-is-a-virgin thing has drawn some comparisons to Lowe’s own husband, Sean Lowe, who was celibate when he was the Bachelor in 2013. Lowe accepts these comparisons with open arms. “Well, I am partial to Colton only because he is kind of like the younger version of my husband, so I think he’ll be great,” she says. “I think he’s a wholesome choice. Good looking. Hopefully he has a good head on his shoulders. Charitable. Family-oriented. I’m looking forward to seeing what kind of decisions he makes, because being the lead is really challenging.” She also adds something that anyone who is a fan of Colton from The Bachelorette or Bachelor in Paradise will probably agree with: “I’m not mad at two all-American blond beefcakes who are nice. I mean, you can’t go wrong.”

So, will the Lowes be making an appearance on this season? Perhaps a blond beefcake to blond beefcake advice session? Lowe says they get asked to come back all the time — especially Sean, being the one Bachelor who actually is still married to the woman he chose — but, for her, the situation would have to be right, and she’d rather go on further into a season. (This current one already finished filming.) “If we do get asked to be on, I really hope it’s at a later time, because we know what challenges there are in making it work in the long run,” she says. “If anything, I would hope it would be more intimate with the people who are later on in the season.”

While Lowe is looking forward to the next season of the show, she’s also enjoying the holiday season, which includes her teaming up with FedEx to help Delivery Joy between loved ones who can’t exchange gifts in person. Lowe picked out a collection of gifts — “candles, brownies, speakers, and travel wraps that really encompass pretty much everyone on your list” — that New Yorkers will be able to ship to the recipient of their choosing courtesy of FedEx if they go to the pop-up at the corner of 52nd St. and 5th Ave. on December 5.

As for her own holiday plans, Lowe is just looking forward to spending time with her family, including her two little ones, Samuel and Isaiah. “Holidays are a little chaotic, especially with two young kids, but it’s all very exciting,” she says. “Any opportunity that we get to be a family and spend festive time together, whether that’s baking cookies at home or driving around to see the Christmas lights. Really anything together is the most important.”

So, yeah, like the rest of us reality TV fans, Lowe is looking forward to a nice, loving holiday season followed immediately by a wild, possibly-loving new season of The Bachelor. (Jan. 7, mark your calendars.) And, like us, she’s able to roll her eyes at anything that gets too ridiculous, too.