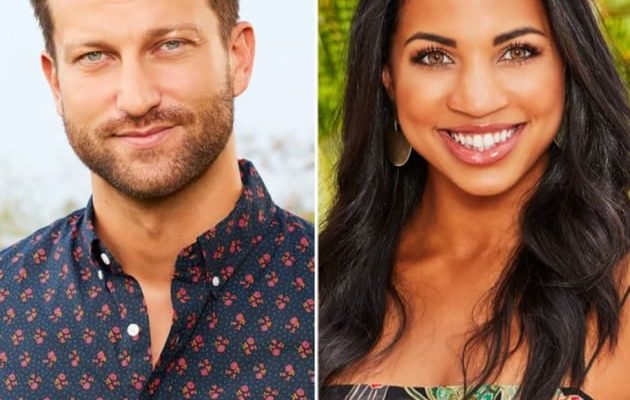 Bachelor in Paradise Season 6 is officially in the books.

But while the book has been closed on the latest run of this ABC franchise, a brand new chapter has been opened for two couples from the show.

Let’s delve into Chris Bukowski and Katie Morton, shall we?

On last night’s finale, Chris acknowledged the “hard” road down which he and Katie have gone…  but also praised Morton for all the positive ways in which she’s influenced him.

He then said he yearned to make the show’s end the best moment of their lives — so he got down on one knee — as Katie broke down in tears — and proposed.

And she said yes!

Viewers first met Chris on season 8 of The Bachelorette, which aired in 2012.

He was 25 years old at the time and Emily Maynard eliminated him after their hometown date.

After appearing on Bachelor Pad season 3, Chris attempted to crash season 10 of The Bachelorette.

It was pretty darn awkward adter Andi Dorfman opted not to let him join the program.

He later attempted to find love on seasons 1 and 2 of Bachelor in Paradise before announcing his “retirement.”

The guy has been around ABC a lot.

Katie, meanwhile, was a contestant on Colton Underwood’s season of The Bachelor just a few months ago; she was sent home during week 6 of season 23.

So that brings us up to their present and Tuesday night’s reunion special… Morton sitting opposite Chris Harrison WITHOUT an engagement ring  on her finger.

“We’re still engaged,” she assured viewers on the reunion, explaining in further detail:

“I just put in so much effort every day and I love him so much, but I put in so much that my tank empties and if I’m not getting it filled, I break down.

“It’s just the whole time at the beach he would tell others that he loves me and the only way I knew Chris loves me is the way he tells everyone else, not the way he shows me.

That isn’t exactly a glowing endorsement of Bukowski or their relationship.

What does this mean for their future?

“I fell in love with potential that may never come to fruition, but I’m just praying it does,” Morton said.

Again: this doesn’t sound very encouraging. Why doesn’t she just pull the plug on their engagement?

“I don’t want to end things,” she said. “I’m just conflicted. I want it to get better but I want him to want it to be better.”

Enter Chris, who came out on stage and tried to explain his side of things.

“We take things day by day, and I think we do get better every day,” he said.

“It’s a rollercoaster. It’s a lot in a short amount of time, and we have a really good understanding of each other. But yeah, it’s definitely rocky.”

Bukowski also admitted to being “slower” with his feelings than Morton, but emphasized that he was on board with trying.

“I honestly feel the best when I’m with you,” he told Morton. “My family loves you, my friends love you and I love you. I do and I think there’s so many more better days ahead of us and I want to see those days, I really do.”

Bukowski and Morton’s time together during the finale wrapped with them going their separate ways outside of the studio.

Translation: They are about to break uo.