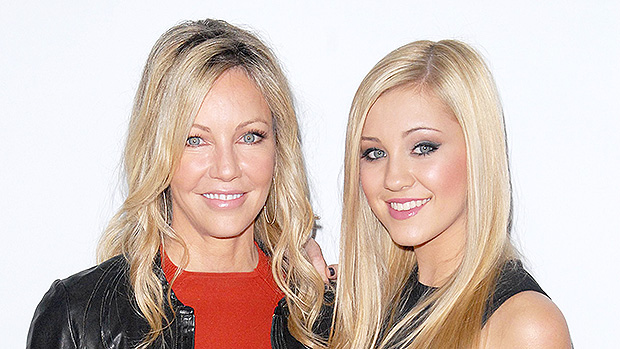 As Ava Sambora, now 21, continues to grow up, she’s looking more and more like her famous mom, Heather Locklear, by the day. See the stunning new pic here to check out the resemblance!

The resemblance between Heather Locklear, 57, and her gorgeous daughter, Ava Sambora, 21, is uncanny! While enjoying her winter break from college, Ava posted a new photo to Instagram on Dec. 20, and she looks beyond stunning. In the pic, Ava is fresh-faced with minimal makeup, and wears a yellow sundress that’s perfect for the warm weather location she’s posing from. She actually shared two photos from the mini shoot — one in which she’s giving the camera a sultry glare, and the other in which she’s flashing a big smile.

It’s unclear how much time Ava is spending with her mom these days, as Heather is currently getting help at an inpatient treatment center, according to a Dec. 5 report from RadarOnline. This is her third time in rehab in 2018, and it stems from an incident that went down back in November. At that time, Heather was hospitalized and placed on an involuntary 5150 hold. The hospitalization came after the actress’ therapist grew concerned that she was having “another mental breakdown,” and called the authorities, according to TMZ.

This 5150 hold followed another one that was filed in June. Several incidents took place at this time, but it was when Heather allegedly threatened to kill herself that her mom called the authorities in fear of her daughter’s safety. Heather also checked herself into rehab then, but left after just two days.

Ava is Heather’s daughter from her marriage to Bon Jovi guitarist, Richie Sambora. The two were married in 1994, just one year after Heather’s split from Tommy Lee. Ava was born in October 1997, and Heather filed for divorce in 2006. It was finalized the next year.