Queen Elizabeth shocked pretty much everyone when she announced that then-Prince Charles’ wife Duchess Camilla would one day be Queen Consort, but a royal author is claiming these two had an “unspoken” deal which involved disgraced royal Prince Andrew—something the Palace has strongly denied.

According to Us Weekly, this whole arrangement went down when the Queen “was going to dip into her personal pocket” to help Andrew pay the settlement in his sexual assault lawsuit. Royal author Christopher Andersen tells the outlet that “Now, that meant, really — because Charles just was going to be the heir—that this was also money that would’ve come to him eventually.”

Andersen says that while “Charles could have objected,” the settlement happened to be around the same time as the Queen’s Platinum Jubilee, and Charles decided this would be the “perfect time” to “endorse Camilla as a Queen Consort.” 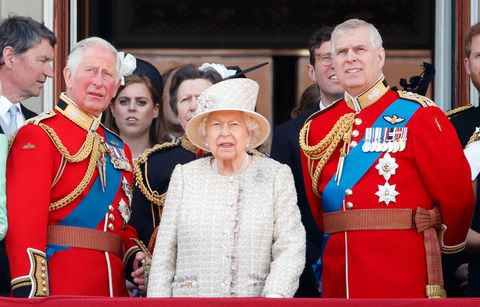 “In a kind of an unspoken implicit deal, this was the tradeoff,” Andersen alleges. “And that announcement was made … it was very abrupt, you may recall, it was something [that took] everybody by surprise, …she was so against Camilla ever becoming queen for decades and decades, that it, it was a complete about-face, [and] that I think [it] shocked a lot of people.”

Again, the Palace has strongly denied these claims, and told The Today Show (via Newsweek) that they are are “nonsense,” not to mention “unsourced and categorically untrue.”

Reminder that the Queen announced her wish for Camilla to be Queen Consort back in February, saying in a statement “When, in the fullness of time, my son Charles becomes King, I know you will give him and his wife Camilla the same support that you have given me. And it is my sincere wish that, when that time comes, Camilla will be known as Queen Consort as she continues her own loyal service.”

This marked a huge change of plans, since when Charles and Camilla married in 2005 the couple issued a statement saying that Camilla planned to “use the title HRH the Princess Consort when the Prince of Wales accedes to the throne.” And then as recently as March 2020, reps for the couple told The Times that “the intention is for the duchess to be known as princess consort when the prince accedes to the throne. This was announced at the time of the marriage and there has been absolutely no change at all.”