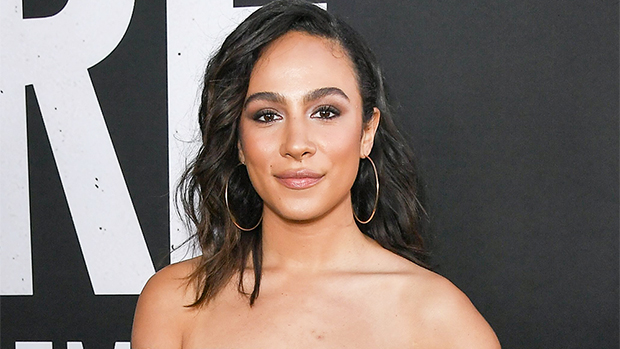 Lena Dunham has apologized for her ‘terrible mistake’ of defending ‘Girls’ writer Murray Miller after Aurora Perrineau accused him of sexual assault, so get the details about Aurora.

In a lengthy letter written as a guest editor for The Hollywood Reporter’s Women In Entertainment issue, Lena Dunham, 32, apologized to actress Aurora Perrineau, 24, one year after Aurora accused Girls writer Murray Miller, 42, of sexually assaulting her in 2012 when she was 17 years old. After the accusations were made public, Lena defended Murray in what was viewed as a very condescending response at the time. (“It’s a hugely important time of change and, like every feminist in Hollywood and beyond, we celebrate. But during every time of change there are also incidences of the culture, in its enthusiasm and zeal, taking down the wrong targets,” she said at the time.)

A year after the defense and public backlash, Lena apologized for believing Murray over Aurora. Lena admits that she “made a terrible mistake,” adding, “when someone I knew, someone I had loved as a brother, was accused, I did something inexcusable: I publicly spoke up in his defense. There are few acts I could ever regret more in this life.”

1. She’s the daughter of actors. Aurora Robinson Perrineau is the daughter of Brittany Perrineau, an actor/producer best known for her roles on Lost, Felon and Saving Face. Her father is Harold Perrineau, star of Lost, Oz, Sons of Anarchy and Baz Luhrmann’s Romeo + Juliet. “I just thought everyone was an actor,” she told Interview magazine in 2015.

2. She went to the police in 2017 to accuse Murray Miller of rape. According to the statement for the polygraph test she underwent in September 2017, per The Wrap, Aurora claims she met Murray while out with some friends at the Standard Hotel where she “consumed some alcoholic beverages.” She claims Murray asked her friends for a ride home because he was drunk, and her friends joined him in his house.

“At some point, I woke up in Murray’s bed naked. He was on top of me having sexual intercourse with me. At no time did I consent to any sexual contact with Murray,” she claims. Murray has vehemently denied all these claims.

3. The man she accused of assaulting her wasn’t charged. The Los Angeles County District Attorney’s office declined to file charges against Murray, per The Wrap. The office said it investigated the possibility of charging Murray with rape, specifically with an unconscious victim, and statutory rape. However, the three-year statute of limitations had expired on the statutory rape charge, and there were “inconsistencies and the delay in reporting” which prevented the office from charging Murray with rape.

4. Aurora is best known for her roles in Truth or Dare and Jem and the Holograms. “I was terrified,” Aurora says of her role as Shana, the Holograms’ drummer, of the 2015 adaptation of the 80s cartoon. “It probably made the acting better because I wasn’t focused on it.” She also played Giselle Hammond in the 2018 surprise hit, Truth or Dare.

“Silence. In that silence I noticed something. Someone – Aurora. I noticed her strength and bravery. I noticed her stand up, Stand up and say no more! No more terror, or fear, no more nightmares, no more hiding. And I realized, I’m not watching some victim here, I’m in the presence of a warrior. A real-life crime fighter who is unafraid to look boldly at some coward who hoped to abuse her and say, no,