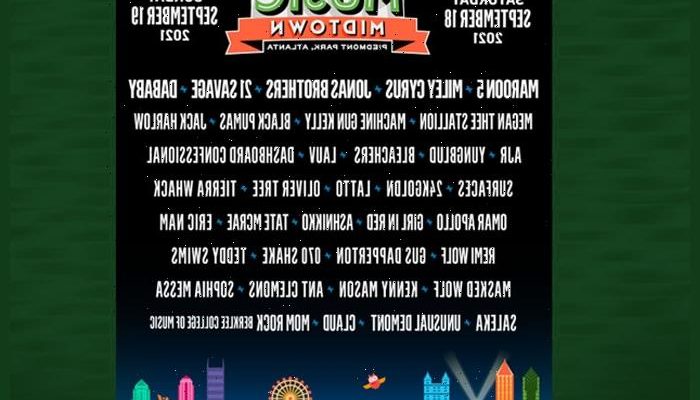 Atlanta’s Music Midtown Festival has announced a star-studded lineup for this year’s edition, which will feature Jonas Brothers, Maroon 5, Miley Cyrus, 21 Savage and DaBaby among the headliners.

The Midtown Festival, which was postponed last year due to the pandemic, is set to take place on September 18 and 19 at Piedmont Park. The genre-spanning music festival will take place across four stages. Tickets are on sale now.

“Music Midtown holds a special place for me and to be able to see it come back this year with the lineup we have is an incredible feeling,” said Peter Conlon, Head of Live Nation Atlanta. “It has been a trying time for everyone, so I’m glad we can officially say we are back and host this world class festival once again for Atlanta.”