Cracking up! Ashton Kutcher and Mila Kunis struggled to keep straight faces during a silly game on The Tonight Show Starring Jimmy Fallon.

During a virtual appearance on the late-night show on Monday, May 4, Jimmy Fallon challenged the couple to answer interview questions about life in quarantine while imitating their partner. When the host posed a question to Kunis, 36, her husband, 42, would answer for her as she moved her lips, and vice versa. Once the hilarious game began, it didn’t take long for the dynamic duo to send themselves into fits of giggles.

“One night, I dreamed that I had elbow cancer. I don’t even know why I would dream that I have elbow cancer but it seemed that my elbow was so cancerous that I couldn’t even bend it and pick up my children!” Kutcher responded to one question before playfully scolding his wife for her nonstop laughter. “So I picked up the littlest one and dropped him on his head again.” 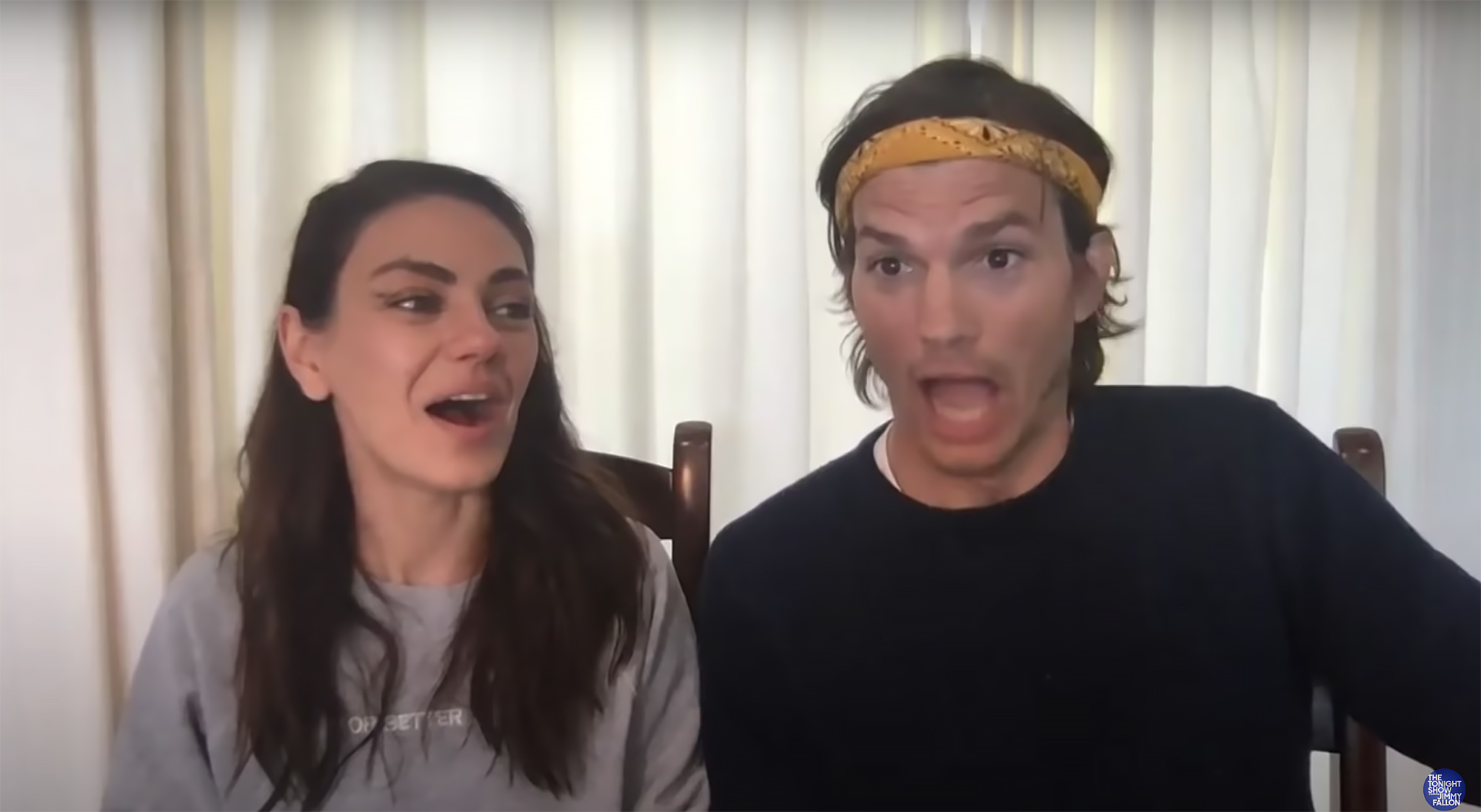 While the No Strings Attached star took his turns at the game very seriously, Kunis had a much harder time playing along. “I’m awful at this!” she said. “My worst fear — and I said I’d never do it — is SNL because of this. I enjoy laughter and I have a very hard time holding it down.”

After her confession, Kutcher teased that the Bad Moms actress and Fallon, who was notorious for laughing during sketches on Saturday Night Live, “would have been a great pair” on the show.

When their laughter died down, the comedic couple dished on how they’ve been handling life in lockdown with their two children, daughter Wyatt, 5, and son Dimitri, 3. Though they’re enjoying their family time, the busy parents shared their genius homeschooling hack that gives them a little break from their new teaching responsibilities.

“We enlisted our friends to do 20-minute Zoom sessions with our kids,” Kunis explained. “We were like, ‘Teach our kids anything.’ It can be anything from making flower arrangements to architecture or anything. So that gives us 20 minutes of not parenting and also allows our kids to have another type of interaction.”