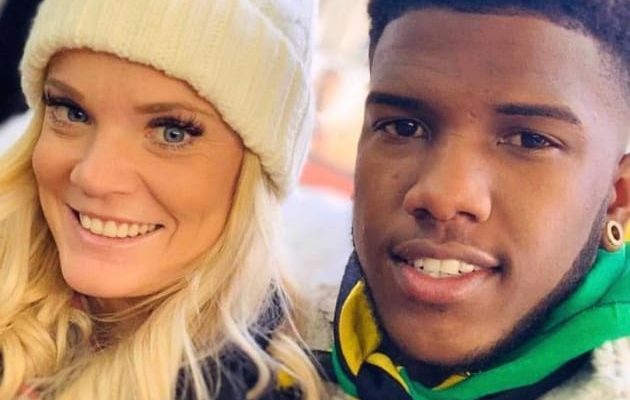 Jay Smith has taken the huge step of going Instagram official with his mistress-turned-girlfriend. Good for him and good for her.

But Ashley Martson is issuing a warning.

Not only was Jay trying to get back with her right up to the day that he was arrested, but he cheated with six different women since their wedding.

Ashley Martson has opened up to In Touch Weekly about Jay’s behavior towards her and other women.

“Jay apologized [for cheating] all the way until the day he got arrested,” Ashley reveals.

That sounds nice … until you consider his possible motive.

“And,” she continues, Jay “tried to get back with me.”

There may have been some degree of temptation from the part of her that still loved him, Ashley admits, “but I knew that he had multiple relations.”

When Jay was locked away, it was his “friend” Kayla who set up his GoFundMe and ran his social media.

Since his release, neither of them have been subtle about their relationship.

Ashley has already revealed that Jay has been with Kayla for months and months — dating back to January.

“Unfortunately,” Ashley is now prepared to share. “The girl he’s with now is not the only person he was talking to right before he went to jail.”

“[I] confirmed [there are] six girls that he slept with since we got married,” she accuses.

So if Jay was just laying pipe with every girl in sight, why was he trying to get back with Ashley?

Did he on some level truly love her, all appearances to the contrary?

“I think he was only trying to do that because he wanted the green card,” Ashley admits.

“I don’t truly think he wanted to be with me,” Ashley expresses.

That is so heartbreaking — especially after all that he put her through.

Would Ashley ever consider getting back with Jay?

“[If] hell would freeze over, maybe, I don’t know,” Ashley says.

But she doesn’t expect that he’ll have the chance. His deportation is looming and, to hear her tell it, inevitable.

“ICE had contacted me the day before I did the PFA and said that they were coming … because he was there illegally,” Ashley reveals.

She adds: “The PFA and the violation just got him arrested basically two days earlier than what he would’ve been.”

So ICE contacted her on June 30. And Jay would have originally been arrested on July 5.

If and when Jay does get booted back to Jamaica, don’t expect Ashley to wail and gnash her teeth at the loss.

That is a huge change of tone and attitude since early July, when she was in tears over Jay’s arrest.

These days, Ashley says: “I just want him to leave me alone.”

Those are the words of a woman who has had enough drama nad betrayals and just wants it all to be over.