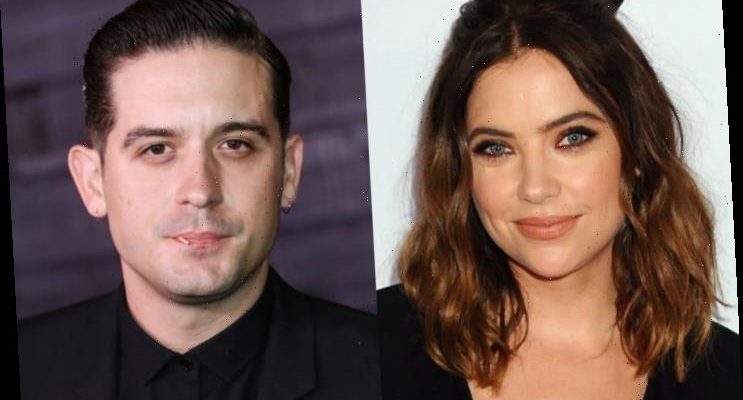 AceShowbiz –Ashley Benson and G-Eazy have fueled their dating rumors after they were spotted hanging out together over the Memorial Day weekend. On Monday, May 25, the two were seen having a ride along in his sports car in Malibu.

The 30-year-old actress was ready to soak up the sun in a black bikini top, high-waisted denim shorts and pink Converse All-Stars. Her blonde hair was styled in a messy updo, with dark sunglasses perched on her head. She also carried a large travel bag, a small purse and a change of shoes.

Meanwhile, the 31-year-old rapper kept it casual in a black short-sleeve button-down shirt with black shorts and white sneakers.

Ashley Benson and G-Eazy hung out together on Memorial Day.

The rumored lovebirds were loading up the “No Limit” hitmaker’s black Ferrari before going for a drive. According to E! News’ source, the two “went from a rented place in Malibu to his place in the valley.” The source added, “Once they were in the car, they turned up the music and headed back to his place.”

“They looked very happy together,” the eyewitness went on gushing about the pair. “They joked around with each other and looked affectionate.”

Ashley and G-Eazy first sparked romance rumors earlier this month, after they were seen together on May 10 at the Los Angeles store Lassens Natural Food & Vitamins. The next day, a video surfaced of them kissing in her car while picking up take-out food.

Despite their kissing video, a source told E! News at the time that “Ashley and G-Eazy aren’t dating but are definitely hanging out and having fun right now.” The source claimed “it’s a good distraction for Ashley,” following her split from her girlfriend of almost 2 years, Cara Delevingne.

“They connected after working together recently, but have been friends for awhile now and also have a few mutual friends,” the source further dished. “They have bonded over that and really get along. They are both funny and love being chill while sitting at home and laughing for hours. It’s definitely nothing serious but they are enjoying time together right now.”

While Ashley and G-Eazy remain mum on the dating speculation, Cara has spoken up in defense of her ex-girlfriend after the “Pretty Little Liars” alum received backlash for seemingly having jumped into a new relationship. “It’s more important now than ever to spread love, not hate,” she told her followers. “To everyone hating on @AshleyBenson please stop. You don’t know the truth, only her and I do and that’s exactly how it should be.”