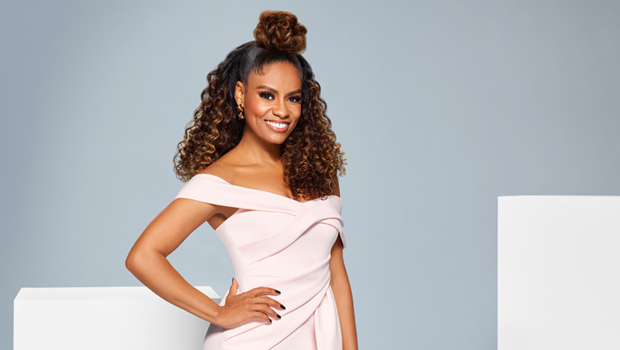 The first season of ‘Married To Medicine Los Angeles’ just ended and people are already wondering about a second season. HL spoke EXCLUSIVELY with Asha Kamali about her time on the show, her baby plans, and more.

Married To Medicine Los Angeles has become Bravo’s latest hit, and now everyone wants to know about a potential season 2. HollywoodLife talked EXCLUSIVELY with cast member Asha Kamali about whether or not she’d return for a second season. “I have to see how everything aligns,” Asha told HollywoodLife. “I’m a working actress, knock on wood. If all the stars align, I would love to be a part of it. You know, we just have to see.”

Asha and her husband, Larry, are currently trying to start a family, which was explored in the first season. Getting pregnant is definitely a major priority for Asha and Larry. “It’s in the front seat. It’s driving the car. It’s driving everything,” Asha said about starting a family. “It is definitely not in the back seat. We are still working on it. We are actively working on it. We’re seeing our doctor. We’ve had a lot of good things happen, and we’ve had some setbacks happen as well on that journey. If there’s a season 2, you’ll definitely see what’s been going on with us. I don’t know, you might see a baby. Who knows, right?” Asha is even down for twins! “If they both came at the same time, that would be even better,” she noted. “I feel like that’s a blessing from God. My friend who has twins is like, ‘No, you have no idea what you’re talking about, Asha.’ I’m all about the timing of twins. We just want healthy babies, to be honest. I would like 2. My husband says 4, but he doesn’t know what he’s talking about, so it’ll be 2.”

The first season also showed the fallout of Asha’s friendship with Shanique. HollywoodLife asked Asha whether or not a friendship is possible between them in the future. “You know, God does exist, I will say that,” Asha said. “I think it’s going to be very difficult for us, to be honest. I think there was a level of trust that was broken or just trust that you’re going to just be kind to me or be nice to me or a level of accountability on my part that I’m searching for from her. I think a friendship like we had is really close to impossible. I think we can learn how to move on, but I think it’ll be very difficult for me to trust her in the future.”

In addition to Married To Medicine Los Angeles, Asha has a recurring role on Star as Aunt Missy. “I was so happy to work with Lee Daniels and be a part of one of his shows. The funny part is it was kind of a reunion for me and Keke Palmer. When I auditioned, I didn’t know it was with Keke. She’s like a little sister in real life to me. I was her choreographer for her music videos and tours like 10 years ago.”

Asha is also the co-creator and writer of the digital series Milk + Honey, which she also stars in. The series received a pick up by Reign, a premium ad-supported and subscription streaming video-on-demand service. “It’s been really affirming as an actress to create your own project and write your own project and produce it,” Asha said. “It’s been extremely challenging as an indie project because we just got picked up by a streaming platform. Before that, we had to self-finance. It was really the school of hard knocks. I have so much respect for producers. Even though I’m on the show, I’m always talking to the producers. I really understand when they have the location for just 20 minutes. It brings another awareness, which I’m happy that I can really help collaborate and make whatever show I’m on a success. I really love that I have that experience.”