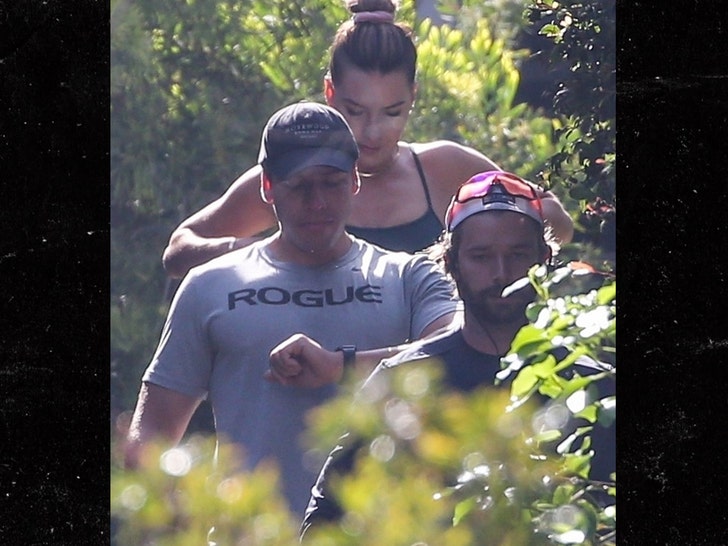 There’s seismic news in SoCal, and it’s not Monday morning’s 4.0 earthquake … Arnold Schwarzenegger‘s son, Patrick, was hanging out with Arnold’s other son, Joseph Baena, for the first time!

The half-brothers were working out together at the famed Santa Monica stairs, along with Joseph’s girlfriend, Nicky Dodaj. 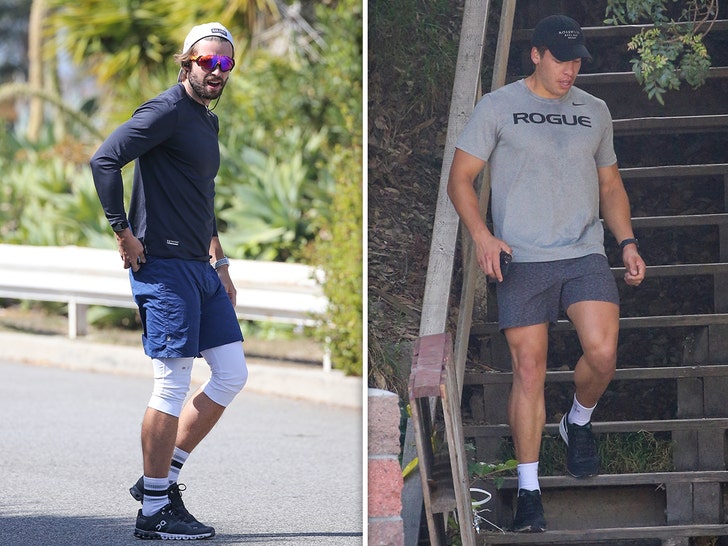 You know the story … Joseph’s mom, Mildred, was the Schwarzeneggers’ housekeeper when she got pregnant. She and Joseph moved to Bakersfield and he was in high school when news broke he was Arnold’s son. 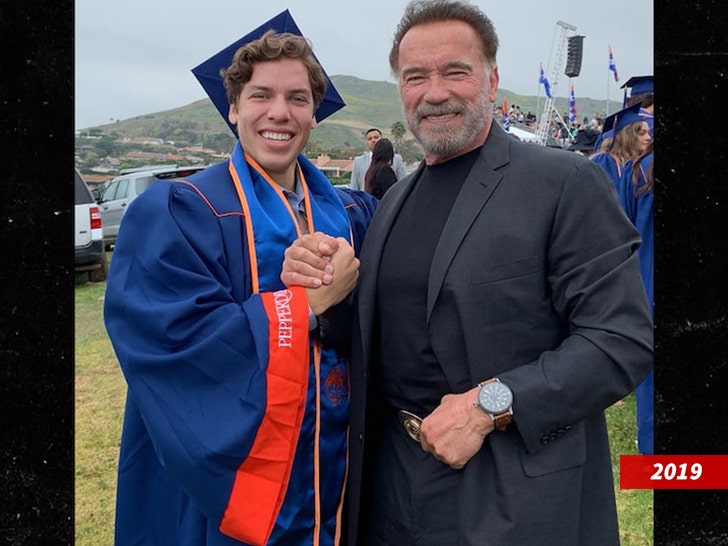 Since then Joseph has had no interaction that we know of with Arnold’s other children … until now!!!

We’re not sure even Arnold knew the 2 were together today, but it’s gotta please him. The question … is this the beginning of a relationship between Joseph and Arnold’s 3 other kids.

Patrick and Joseph have lots in common, aside from blood. They’re both now in the acting game.