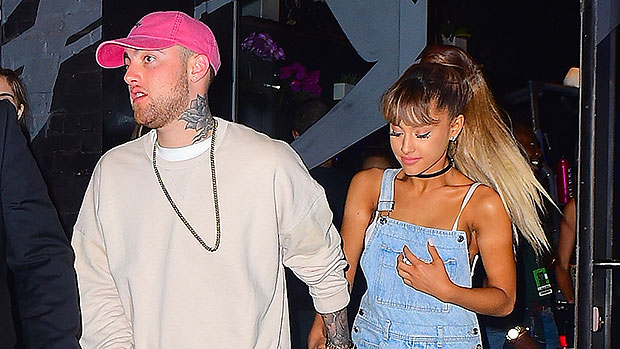 Thought you had no tears left to cry about Ariana Grande and Mac Miller? Think again. Fans are convinced that Ari paid tribute to her late ex on the first night of the Sweetener tour, and they’re stunned by the gesture.

Ariana Grande will never forget Mac Miller, and she doesn’t want her fans to forget him, either. The “7 Rings” singer, 25, gave a subtle nod to her ex-boyfriend, who died in September 2018, by playing his music before the first show of her Sweetener tour. Dozens of fans who were in the audience of her March 18 concert in Albany, New York tweeted that the Times Union Center was blasting one of Mac’s songs while they made their way to their seats. Nobody revealed which Mac song played, but it clearly affected them, as they tweeted.

“Ariana grande is playing Mac Miller right before her opening song for sweetener tour rn and my heart can’t handle it SO MANY TEARS,” an Arianator tweeted. “ariana playing mac miller for us over the loudspeakers before she goes on has me f**ked up,” tweeted another. Honestly, same! We included some of our favorite tweets below: “Ariana grande had Mac Miller’s music playing while people got into their seats for her concert.” “Aaaaand they’re playing Mac Miller at the Ariana Grande concert. Not emotional no no not at all.”

We can’t imagine how emotional everyone who noticed the Mac music must have been! Another fan pointed out that Ariana may have included another subtle tribute to her late ex-boyfriend at the top of her show: “It’s 5am and im watching #SweetenerWorldTour footage from tonight and not only did @ArianaGrande start pre-show by playing @MacMiller but than she opened with rain drops and cried during goodnight n go.. my cancer heart is in full force love for this woman.”

Fans are convinced that “Raindrops”, one of the songs off Sweetener, is about their relationship. It’s not just the lyrics, which clearly reference a breakup. Many of Mac’s songs mention raindrops. It’s a distinct theme. “Darling I, have been waiting in the cold, holding this umbrella for you, raindrops make me feel romantic,” Mac sings in “Love Affair”.