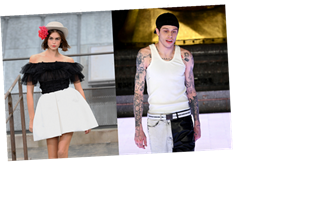 Hold up. Wait a minute. Are Pete Davidson and Kaia Gerber dating? The two were spotted by TMZ on Oct. 22 grabbing lunch at New York City restaurant Sadelle’s on what might have been a date. TMZ also reports that Davidson was seen leaving Gerber’s apartment the next day. Elite Daily reached out to reps for both Gerber and Davidson about the reported outing and did not hear back in time for publication.

In a photo published by TMZ, the lunch appears to be pretty PG. Gerber, 18, and Davidson, 25, seem to be casually conversing. It’s definitely possible that the two of them are just friends. Just another, super relatable platonic friendship between the supermodel daughter of Cindy Crawford and the super famous comedian and SNL star whose very existence literally sparked the genesis of the term "big dick energy." Standard stuff.

Davidson’s romantic life has been making near-constant headlines for more than a year now. He was previously linked to the offspring of another ’90s legend — writer and actress Cazzie David, daughter of comedian Larry David – from 2016 to 2018. He began a relationship with Ariana Grande in May 2018 and got engaged to her that June, but the couple split that October. 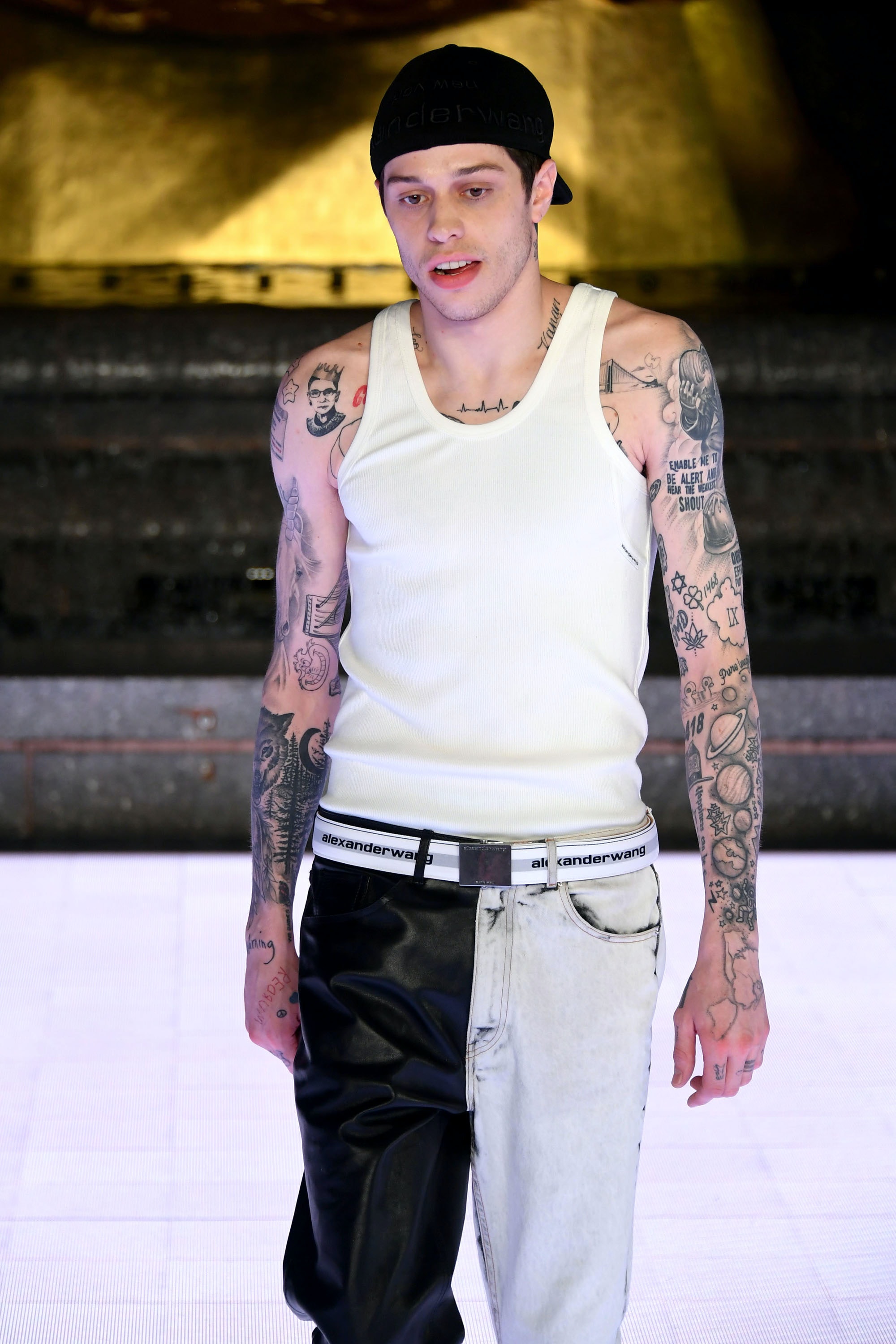 After a few quiet months of living the single life, Davidson was reportedly spotted flirting with actress Kate Beckinsale at a Golden Globes after-party in January 2019; they fizzled out by April. Next, reports of his involvement with Once Upon a Time in Hollywood actress Margaret Qualley broke in August, but by October, they were reportedly done, too.

While Gerber’s love life hasn’t been quite as public as Davidson’s, she was reportedly dating male model Fenton Merkell back in 2017, though it doesn’t appear as if they are still together. These days, it seems as though her primary focus has been her modeling career, which has been majorly taking off. She starred on the cover of British Vogue‘s October 2019 issue and had a busy runway season. While there’s no confirmation yet as to whether Davidson and Gerber are an item, with the speed Davidson’s love life typically moves at, fans will probably have an answer sooner rather than later.