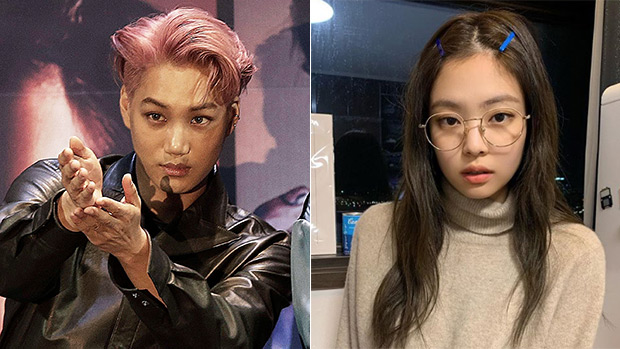 OMG! Kai from EXO and Jennie from Black Pink were allegedly spotted on a date together in Seoul, South Korea, according to a new report! Find out why people think the K-pop stars are allegedly together.

Whoa! A new report claims that Kai from EXO and Jennie from Black Pink are dating! This is usually a big no-no for K-pop stars (remember what happened to HyunA and E’Dawn?), so the rumor from South Korean outlet Dispatch is truly shocking. The outlet claims that Kai and Jennie were allegedly spotted on a date on November 25 in Haneul Park in Seoul, South Korea, and reportedly went on a late night drive together through town. The night started when Kai allegedly picked Jennie up from her home, waiting in his car in the building’s underground parking lot. Jennie and Kai allegedly then took a drive around Sangam-dong, Mapo-gu, before arriving at Haneul Park.

Photos taken that night show two individuals, allegedly Kai and Jennie, wandering around the park, holding hands and snapping selfies. More pics show a woman getting into Kai’s car, thought to be Jennie. Some fans believe that pics Kai posted on Instagram that same night, of himself at Haneul, were taken by Jennie. Someone was with Kai at the park that night! Dispatch also pointed out that Jennie has recently been seeing wearing a big, plaid scarf — which looks suspiciously like one Kai wears!

To add fuel to the dating rumors: Kai was allegedly seen at Jennie’s residence again on December 2, just after he got back to Korea after working in Hawaii! This time, he walked up from the underground parking lot with a bag of gifts on his arm. Were they for Jennie? We can’t wait to find out!