Anya Taylor-Joy stepped out for the 2022 Dior Croisiere (Cruise) fashion show at the Panathenaic Stadium in Athens this week and totally dressed the part. The 25-year-old Queen’s Gambit actress wore a stunning, sheer gold, floor-length gown with a draping cape effect and pleated skirt. 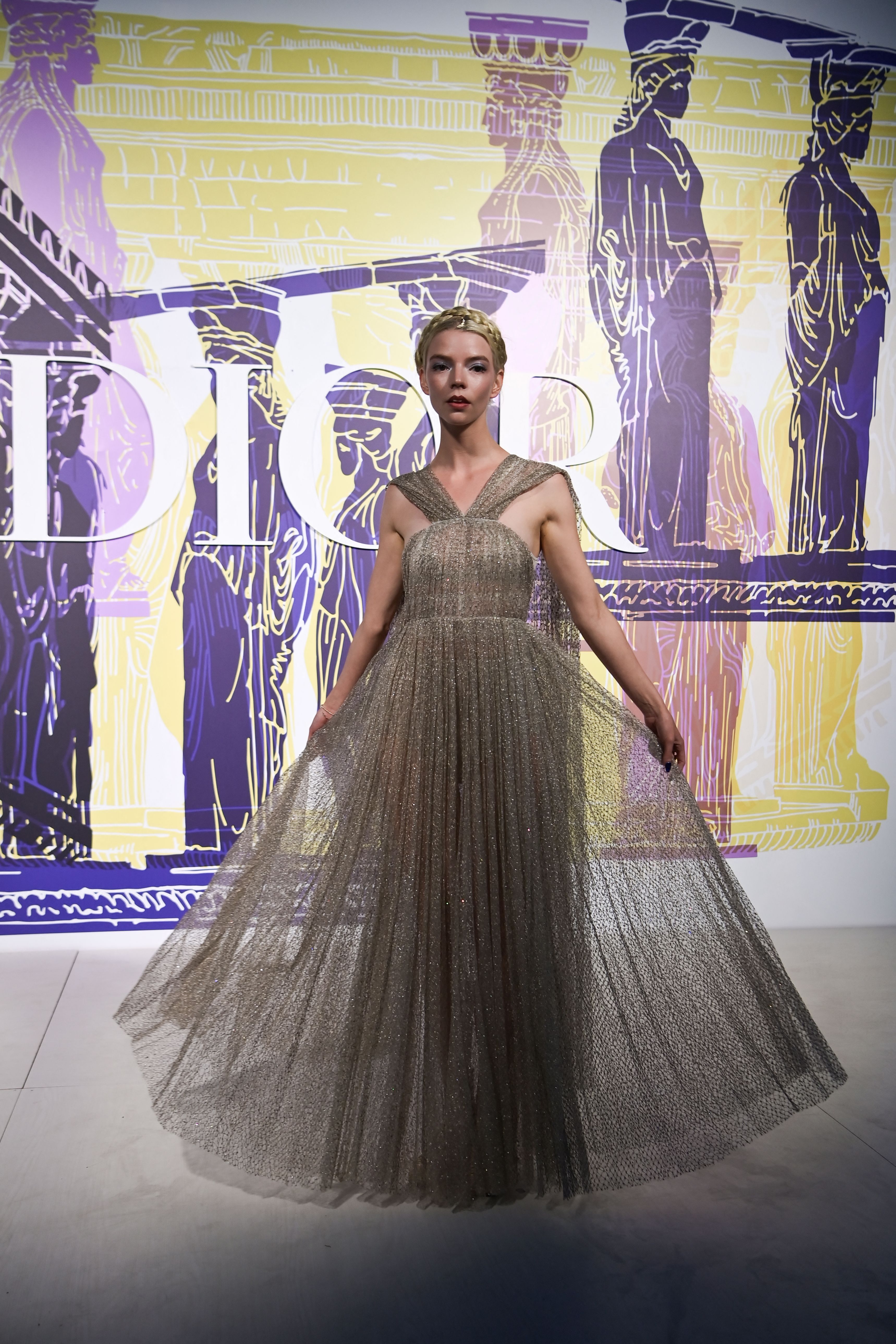 The draping fabric of the back of the dress looked positively angelic from behind: 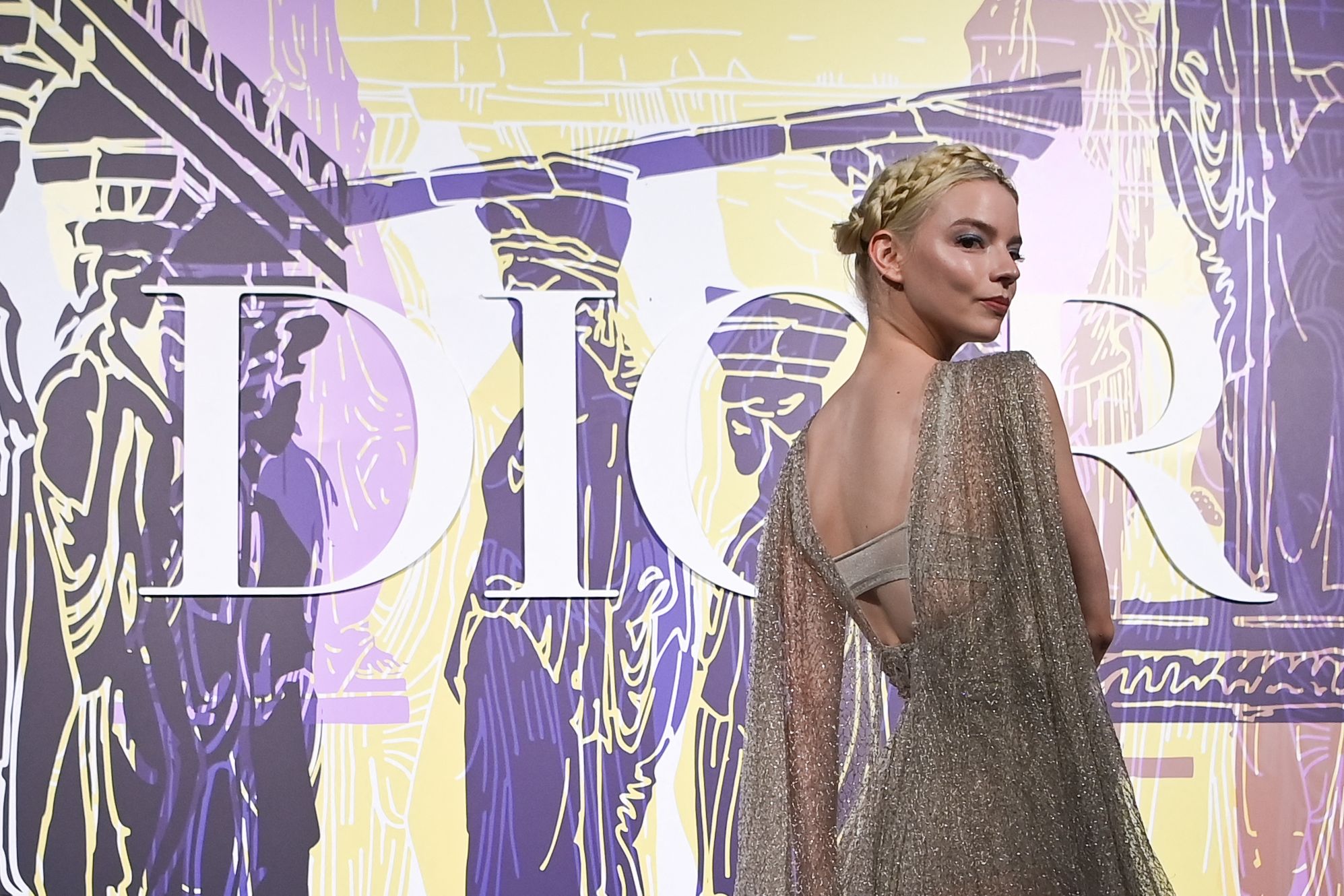 For her beauty look, Taylor-Joy opted for a blue-toned smoky eye look and styled her hair in a braid crown a la Heidi. She accessorized with several large, statement rings. 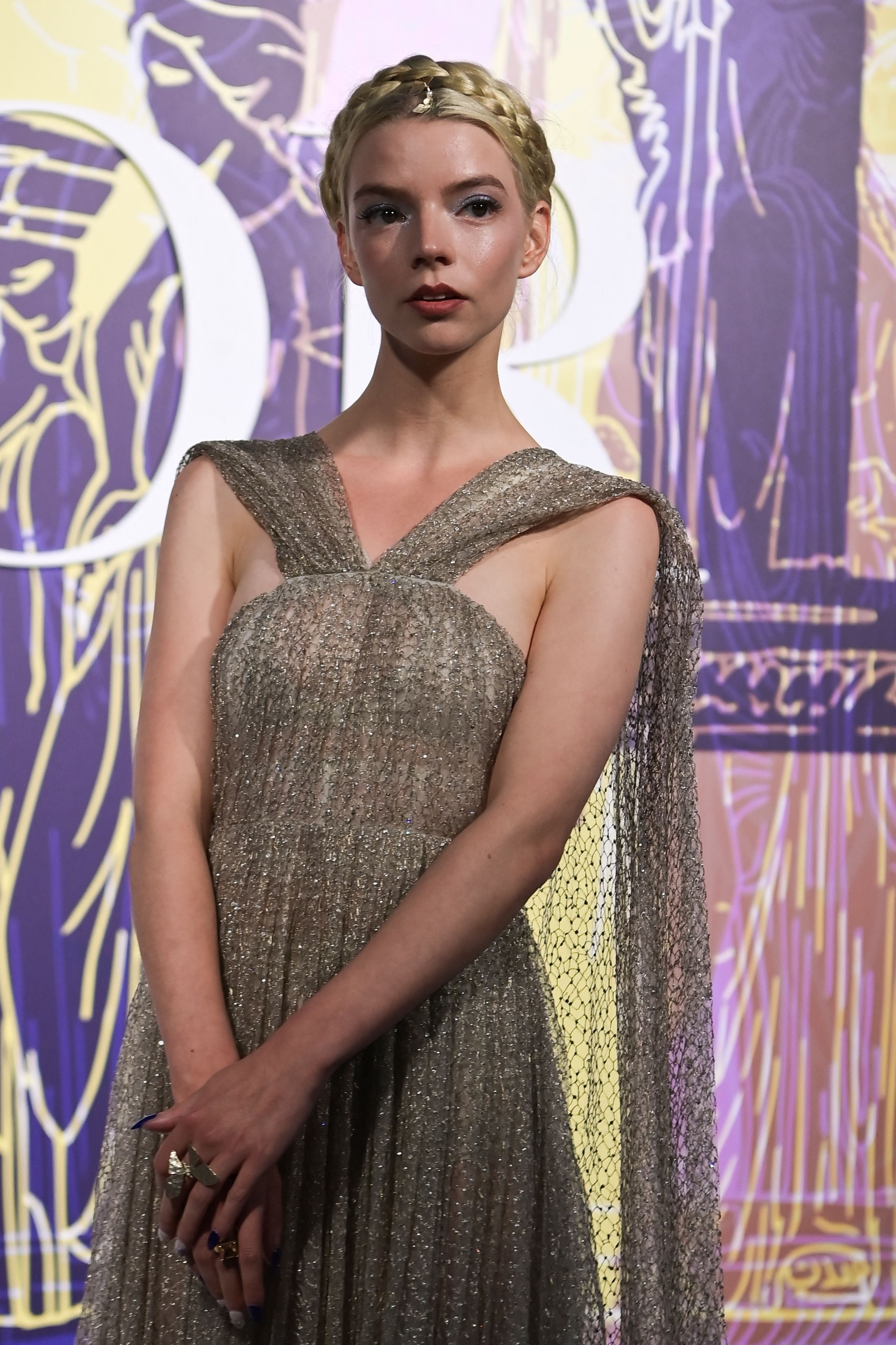 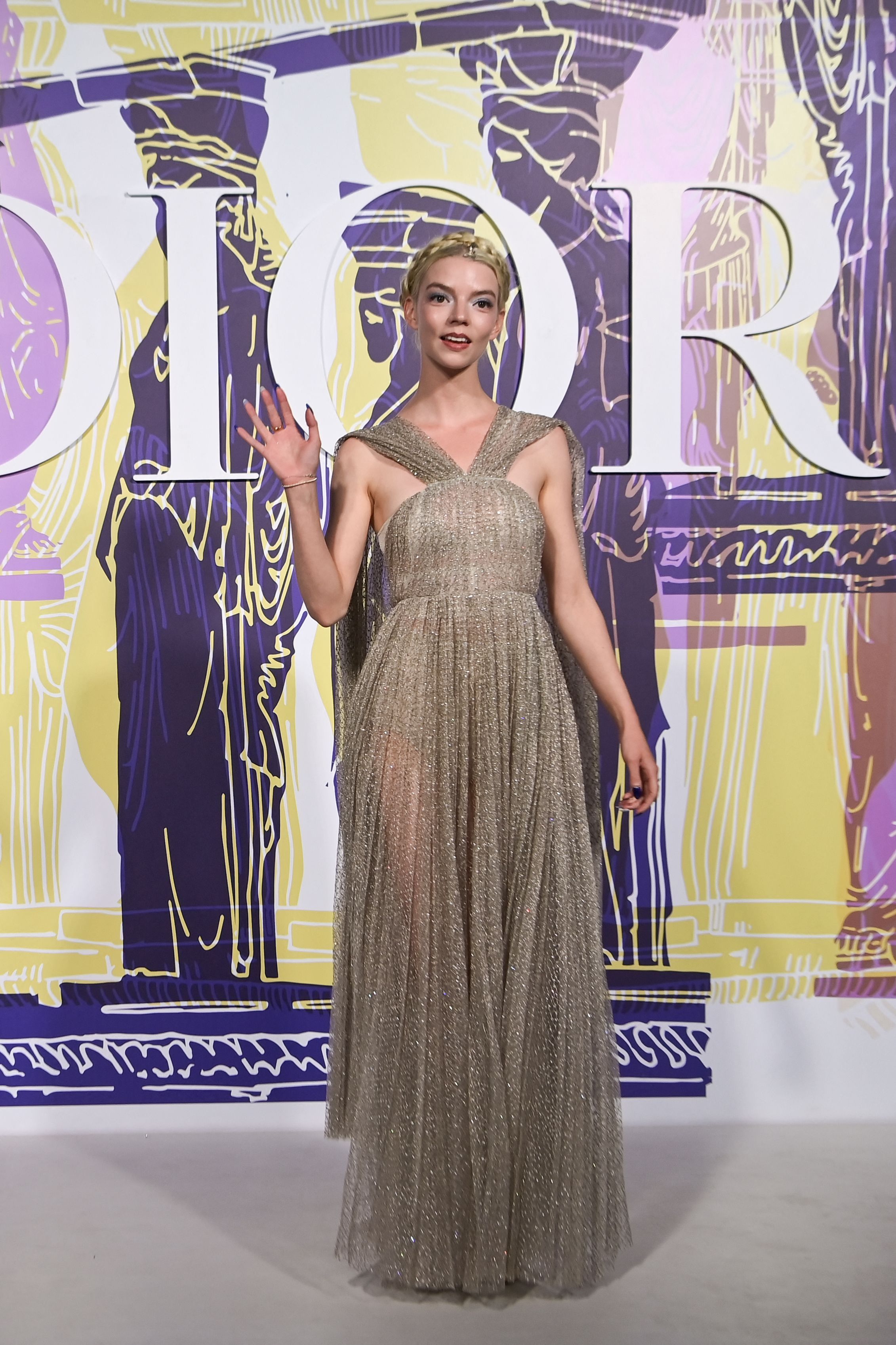 According to Footwear News, the actress also wore a pair of gold sandals from Dior’s Spring-Summer 2021 couture collection with the flowy gown.

Taylor-Joy took to Instagram on Friday to share a selection of photos from the event and to say a public thank you to Dior and the brand’s creative director, Maria Grazia Chiuri.

“🕊 Merci @dior + @mariagraziachiuri for your hospitality, generosity and a beautiful show. We had a blast :),” she wrote, before signing off with three emojis that perfectly summed up her look: ✨🪡✨

Taylor-Joy has had a breakout year in just about every imaginable way. Clearly, as her goddess-worthy look illustrates, her fashion sense is nothing short of captivating. On the professional front, she won a Golden Globe for her performance as Beth in Netflix’s The Queen’s Gambit. And, on a personal level, the actress has opened up increasingly about her mental health and her experiences with panic attacks. In an April interview with ELLE, she discussed a panic attack she had on the set of Emma and how it’s an example of her current approach to her mental health.

“It’s a chemical imbalance in my brain. It’s not a choice. It’s not attention-seeking. If I could not have it, I would not have it, but I do,” she said of mental health before describing how she reacted when she had a panic attack on the Emma set. “I was just like, ‘I’ve got you. Release the corset! Sit the fuck down. We can do this.’ It’s when you’re trying to pretend that you’re something you’re not that people get hurt.”