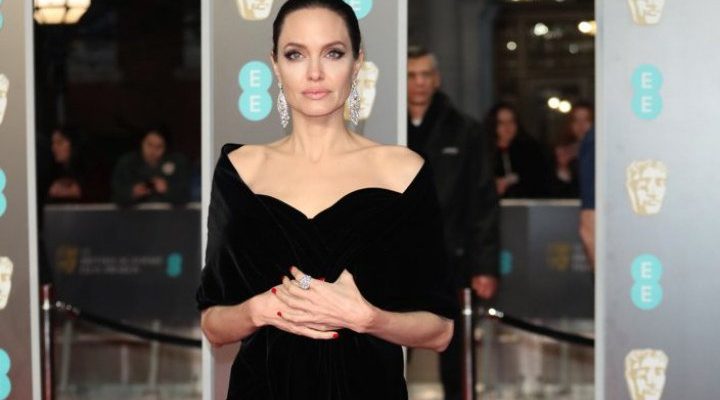 AceShowbiz –Angelina Jolie has legally dropped ex Brad Pitt‘s surname from her own moniker, more than two years after filing for divorce from the actor.

Documents obtained by The Blast specify that the 43-year-old actress’ name “is restored to Angelina Jolie”. The couple’s six children – 17-year-old Maddox Jolie-Pitt, 15-year-old Pax, 14-year-old Zahara, 12-year-old Shiloh Jolie-Pitt and 10-year-old twins Knox and Vivienne – are also listed in the paperwork, but will continue to use their hyphenated Jolie-Pitt surnames.

The latest development comes after Angelina and Brad were declared officially single by a judge after requesting a bifurcated judgment, which would allow their single status to be restored while they finalise their divorce, in a court filing last month (March 2019), according to Entertainment Tonight.

A source added to The Blast that “(it was) very important for the stars to emotionally break away from each other and begin their new single lives, so the documents were fast-tracked with their private judge.”

Angelina filed for divorce in September 2016, after two years of marriage and more than 10 years with the “Moneyball” star.

A tense custody battle over their children ensued, during which Brad was investigated and cleared of child abuse.

But in November, the pair had worked out a temporary custody agreement, and disputes between the former couple over the care of the children were resolved.

An insider told Entertainment Tonight that now Angelina and Brad are officially single, their relationship is the “best it’s been” since their initial split.

“To the surprise of many of their closest friends, their communication has improved tremendously and they’re both dedicated to co-parenting,” the source said. “Their kids have a custody schedule and that’s made a huge difference for the whole family. The schedule has alleviated any of the planning pressures Brad and Angelina have faced in the past. Now the kids spend time with both their parents and are happy and thriving.”

The final divorce settlement will likely take several months, as they continue to settle up the separation of property and hammer out a permanent custody order before a judge can declare them legally divorced.