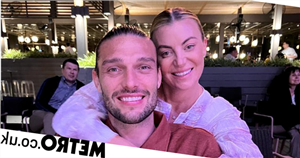 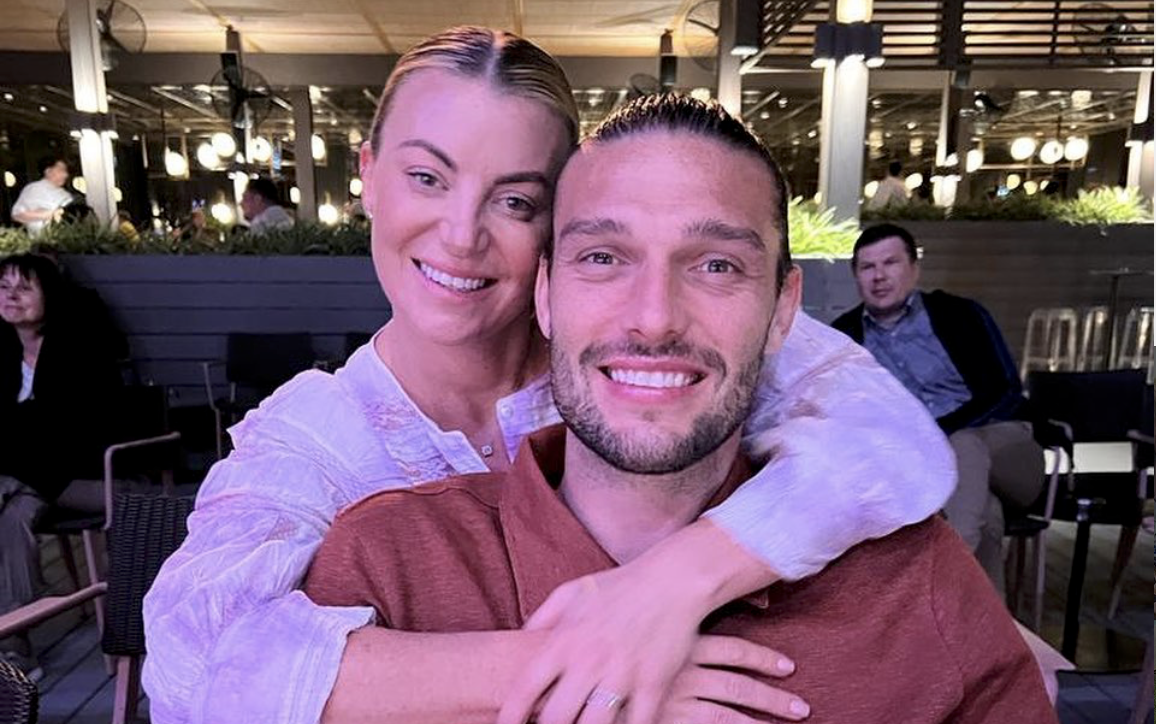 Andy Carroll has been photographed on a bed with a woman just two weeks before he is due to marry fiancée Billi Mucklow.

The footballer, 33, was photographed passed out on a bed with Taylor Jane Wilkey after he flew to Dubai to crash Billi’s hen do.

Taylor was also seen posing in Andy’s personalised bathrobe in the snaps which went viral on Snapchat, just days before Andy and Billi are due to marry.

A source told The Sun: ‘This is all very embarrassing with the wedding so close.’

The former England striker had flown to Dubai to surprise Billi while she was on her hen do, two days before she and her friends flew back and his stag do began.

Andy is then claimed to have spent the day partying with bar manager Taylor, beginning at the Cove Beach club, before the ex-Newcastle and Liverpool star invited her and two friends to another bar and to his hotel for an afterparty.

Taylor, 27, had taken selfies with Andy, who was passed out on the bed, and sent them to her friends in the UK before they went viral on social media.

She told The Sun: ‘It was all just a bit of entirely innocent fun,’ adding: ‘I didn’t sleep with him, it wasn’t like that, there was three of us in the room.’

Taylor claimed that ‘Andy was steaming’ and got into bed at the hotel where he ‘passed out’ while the women remained in his room until the early hours and ‘took the photo as a joke’.

Addressing the photo in his dressing gown, Taylor said she had also wanted to sleep so took off her dress in the bathroom and put it on.

Andy and his stag party are due to fly back to the UK today.

He and Billi have been together since 2013, getting engaged a year later, and share two children, while he also has two older kids from a past relationship.

Metro.co.uk has reached out to representatives for Andy Carroll and Billi Mucklow for comment.