NY Governor Andrew Cuomo has resigned amid allegations that he sexually harassed eleven women while in office, including former aides. The New York State Assembly also dropped an impeachment investigation against him on Friday.

Update (8/13/21 2:55 p.m. ET): New York State Assembly Speaker Carl Heastie announced that the assembly will suspend the impeachment investigation against Governor Andrew Cuomo in a statement on Friday August 13. He explained the two reasons that the Assembly dropped the investigation. “First, the purpose of the Assembly Judiciary Committee’s impeachment investigation was to determine whether Governor Cuomo should remain in office. The governor’s resignation answers that directive. Second, we have been advised by Chair Lavine – with the assistance of counsel – of the belief that the constitution does not authorize the legislature to impeach and remove an elected official who is no longer in office,” he said in the statement.

Heastie also said that evidence that had been gathered “could likely have resulted in articles of impeachment had [Cuomo] not resigned.” The speaker’s statement concluded by calling the investigation and allegations “tragic,” as he voted the qualities that New Yorkers deserve in their state government. “The people of this great state expect and deserve a government they can count on to always have their best interests in mind. Our government should always operate in a transparent, safe and honest manner,” he said.

Original: One week after an investigation found evidence of sexual harassment against 11 women, New York Governor Andrew Cuomo has resigned. Cuomo, 63, announced the decision in an August 10 press conference, telling his constituents that his resignation would be effective in two weeks. During his apology, the governor apologized both to his accusers and his daughters. “Given the circumstances, the best way I can help now is if I step aside and let government get back to governing, and that’s what I’ll do, because I work for you,” he said.

The governor expressed his commitment to making the best decision for New Yorkers. “Doing the right thing is doing the right thing for you, because as we say, ‘it’s not about me; it’s about we.’ Kathy Hochul, my lieutenant governor, is smart and competent. This transition must be seamless. We have a lot going on. I’m very worried about the Delta variant and so should you be, but she will come up to speak quickly, and my resignation will be effective in 14 days,” he announced.

Cuomo also expressed his regret to his three daughters. “In many ways I see the world through the eyes of my daughters,” he explained. The governor continued, and hoped his daughters would feel his sincere atonement. “I never did and I never would, intentionally disrespect a woman or treat any woman differently than I would want them treated,” he said. “Your dad made mistakes, and he apologized and he learned for it and that’s what life is all about.”

Cuomo’s resignation comes after an independent investigation into the sexual harassment allegations was called for by New York Attorney General Letitia James. James announced the inquiry’s findings in an August 3 press conference. “The independent investigation has concluded that Governor Andrew Cuomo sexually harassed multiple women, and in doing so violated federal and state law. Specifically, the investigation found that Governor Andrew Cuomo sexually harassed current and former New York state employees by engaging in unwelcome and nonconsensual touching and making numerous offensive comments of a suggestive and sexual nature that created a hostile work environment for women,” she said.

James was joined by former federal prosecutor Joon Kim and employment lawyer Anne Clark, who were key investigators into the inquiry. The findings were also detailed in a 168-page report, which was published by the AG. “We find that such conduct was part of a pattern of behavior that extended to his interactions with others outside of State government,” the report said.

On Mar. 12, New York’s two U.S. senators, Senate Majority Leader Chuck Schumer and Senator Kirsten Gillibrand jointly called for Cuomo to resign. They released a statement that read: “Confronting and overcoming the Covid crisis requires sure and steady leadership. We commend the brave actions of the individuals who have come forward with serious allegations of abuse and misconduct. Due to the multiple, credible sexual harassment and misconduct allegations, it is clear that Governor Cuomo has lost the confidence of his governing partners and the people of New York. Governor Cuomo should resign.”

Earlier in the day, New York Representatives Jerry Nadler and Alexandria Ocasio-Cortez joined 12 other New York Congressional Democrats who have demanded that Cuomo turn in his resignation. During a conference call the same day, Cuomo defiantly told reporters, “I am not going to resign. I was not elected by the politicians. I was elected by the people – part of this is that I am not part of the political club and you know what, I’m proud of it.”

Seven women to date gave come forward with different allegations of sexual harassment against the governor. The first was former aide Lindsey Boylan, who claimed in a Medium essay that Cuomo “created a culture within his administration where sexual harassment and bullying is so pervasive that it is not only condoned but expected.” She said she was told that Cuomo “had a crush on her,” and that she was “worried that I would be left alone with the Governor.”

Charlotte Bennett, 25, claimed that while working as an aide  for Cuomo in early 2020, he asked her a series of inappropriate questions, including if her prior sexual assault made her “sensitive to intimacy.” He also asked her if she’d considered ever sleeping with an older man, and that he’d be “open to” sleeping with someone over 22. “I understood that the governor wanted to sleep with me. And was wondering how I was going to get out of it,” Bennett told The New York Times. 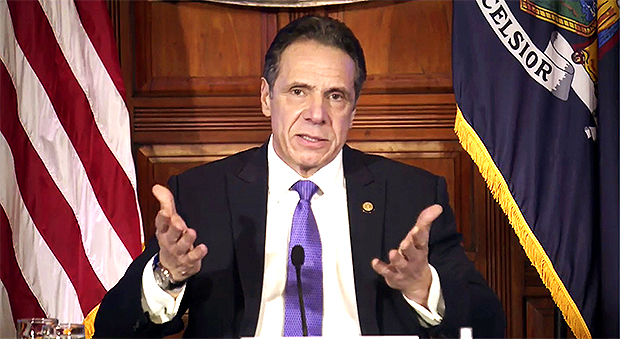 Anna Ruch alleges that Cuomo tried to kiss her when they met at a wedding of one of his top aides, Gareth Rhodes. Rhodes’ wife, Alexa Kissinger, expressed support for Ruch on social media on March 1, tweeting, “I am so proud of Anna for sharing her story. This pattern of behavior is completely unacceptable.” Karen Hinton said Cuomo made her feel uncomfortable when he hugged her, then an aide, at a hotel in California 21 years ago. “It was inappropriate. We both were married. I worked for him and it was too much to make it so personal and intimate,” she told NBC News 4.

Ana Liss, another former aide to Cuomo, said that she felt reduced to “a skirt” around the governor and experienced “inappropriate” flirtations. Governor Cuomo has denied the claims from all five women, and apologized for making them “uncomfortable” in a March 3 press conference. “I feel terrible these people felt uncomfortable, felt hurt, felt pain from the interactions.” Cuomo said. “I now understand that I acted in a way that made people feel uncomfortable. It was unintentional and I truly and deeply apologize for it. I feel awful about it and, frankly, I am embarrassed by it.” 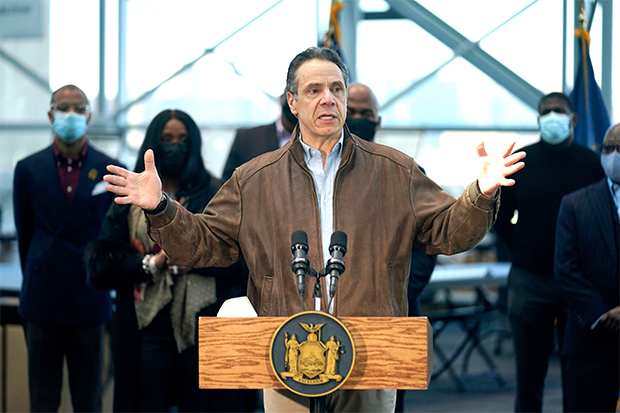 At the same press conference, Cuomo stated that he would not be resigning despite the allegations, and was willing to cooperate with the NY attorney general’s investigation. “I’ve learned an important lesson. I’m sorry for whatever pain I caused anyone. I never intended it. And I will be the better for this experience.”