Whitney Houston once thank you, next’d Amy Adams! Before making a name for herself in Hollywood, the Sharp Objects star worked at the Gap in her hometown of Atlanta’s local mall and once assisted the legendary singer.

“I was super. I was probably really annoying,” Adams, 44, recalled on the Wednesday, January 9, episode of The Late Late Show With James Corden. “They put me as the greeter and I just did everything I was supposed to do, even if I didn’t want to, which is, like, there’s something called the ‘Gap Act,’ which is you have to greet, approach, product information, add-on, clothes, thank.” 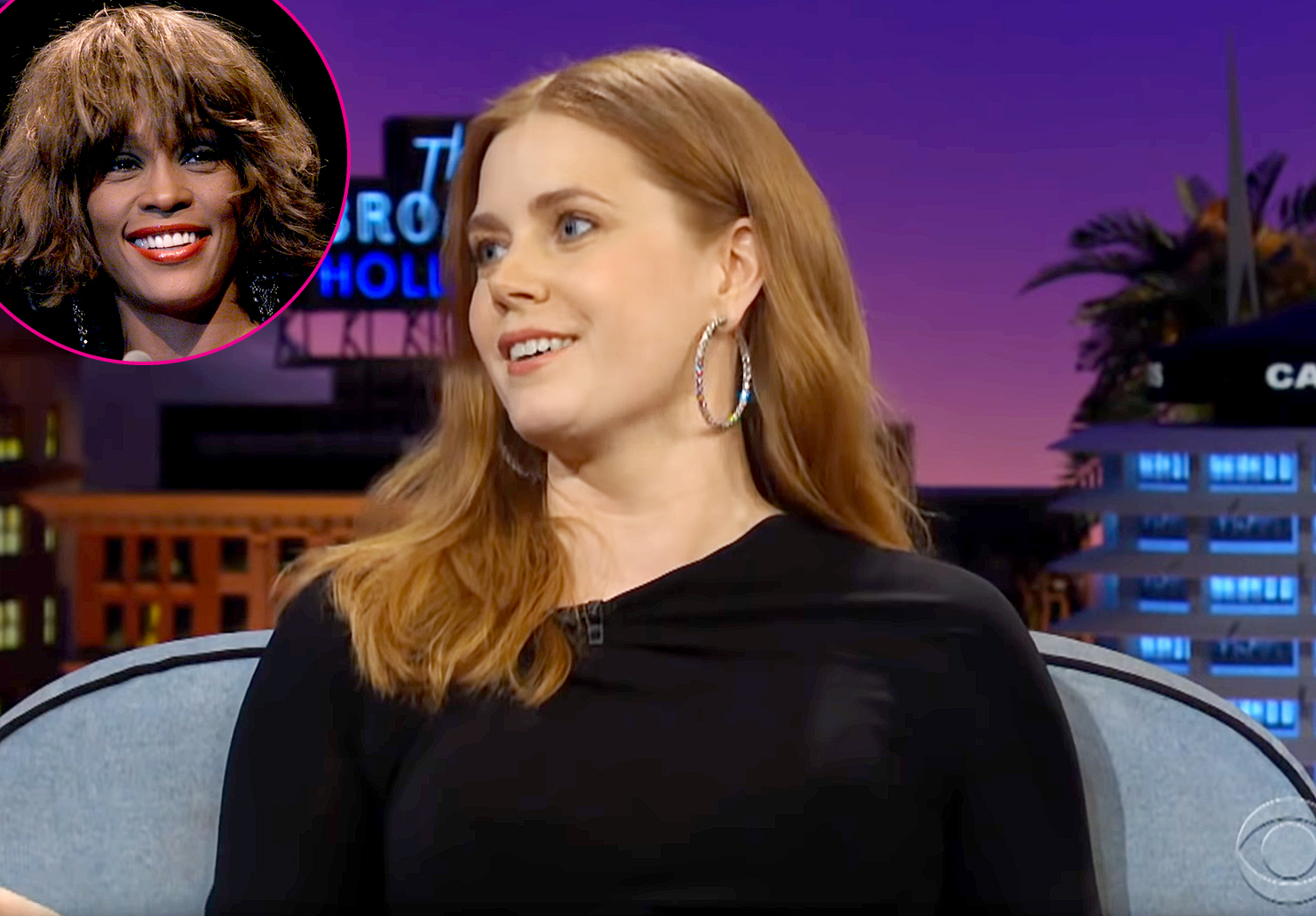 Adams was on her A-game when Houston, who tragically died in February 2012, strolled into the store. “I was like, ‘Got a Gap actor.’ You know?” Adams teased to Corden, 40, before giving her best employee impression. “‘Hello, welcome to the Gap. Is there anything I can help you with? Let me tell you about our T-shirts that are on sale.’”

But the iconic songstress was not here for the Vice actress’ upbeat attitude. “She went back into the dressing room and requested anybody else,” Adams revealed. “It’s true, it’s true. Anybody else, which made me laugh, because I agreed that I was annoying, but I couldn’t stop doing my job.”

The Golden Globe winner continued to touch on her humble beginnings during her chat with Corden, revealing that she met Bono while working as a waitress at Hooters.

“I saw Bono walk through, not Hooters, but the hotel that we were attached to and I was, like, ‘Oh my gosh, I’m pretty sure that’s Bono from U2,’” Adams said. “And so all the girls rushed him and I felt really bad for telling and I think he could tell I felt bad, so when I rushed him, he actually gave me a kiss on the cheek and I was like, ‘I’m never gonna wash my cheek again.’ He was very sweet.”