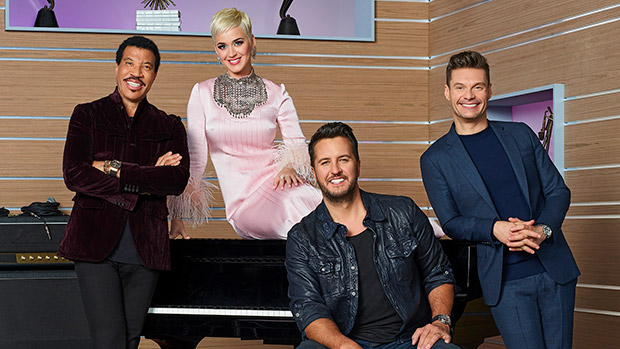 The talent is at an all-time high on this season of ‘American Idol,’ and the judges get to see even more amazing singers perform on the March 6 episode. Follow along here as it all goes down!

The March 6 episode of American Idol begins with a round of auditions in Idaho. The first audition is Courtney Penry, who actually auditioned for the show back in 2011, but only made it to the group rounds of the competition. She’s been perfecting her craft in the years since and has definitely grown up. Courtney sings “Parachute” by Chris Stapleton, and when the judges ask her to tone it down a little, she sings a rendition of Little Big Town’s “Girl Crush.” All three judges give her a ‘heck yes’ and she’s headed to Hollywood!

Up next is Logan Johnson, who is a recovering addict and eight months sober at the time of his audition. The disease took a toll on his music career for quite a while, but he’s ready to put it front and center. Logan performs Demi Lovato’s “Sober,” which obviously hits close to home. The judges hang on every word of the song, and Luke Bryan points out that Logan has star power potential to go with his talent. Unsurprisingly, Logan gets his ticket to Hollywood.

It’s time to head to Los Angeles next, and up first is Eddie Island. He moved to Nashville to go to a Paramore concert and just…never left. Eddie has the judges cracking up, but they’re also impressed with his performance of an original song, “Stay Okay.” He gets a unanimous ‘yes’ from the judges, and Eddie is off to Hollywood!

In Louisville, Kason Lester makes quite an entrance by providing the judges with food from his family’s farm (“I love bribery!” Katy jokes). Kason sings Chris Janson’s “Holdin’ Her. Lionel Richie’s face lights up from the very first note. Katy can’t stop blushing during Kason’s performance, and after making some flirty comments, she declares that he will make the top 10. Luke gives Kason some advice about how to hone in on his sound, and in the end, all three judges decide to send Kason to Hollywood.

Karli Ryan is up next. She has a special connection to the show because her mom previously auditioned for the show 15 years ago. Karli sings an original song called “Give Me Back My Heart.” Luke is impressed by the performance and gives it a yes, but Lionel and Katy agree that Karli has some work to do, and they vote no.

We see a montage of bizarre performances that leave the judges quite bored next, but hoping to change all that is Juan Pablo. His performance is in Spanish, and it leaves Katy so hot and bothered that she has to fan herself through it! All three judges are impressed by how much passion Juan Pablo puts into his performance, and they send him to Hollywood.

Up next is Shayt, who is legally blind after having surgery for a brain tumor one year prior. However, only 50 percent of the tumor was able to be removed, and doctors consider Shay a “question mark.” She has a positive outlook, though, and her performance of “Rise Up” by Andra Day is beyond powerful. Lionel is so moved that he’s brought to tears and gets out of his seat to hug Shayy. It’s no surprise that Shayy is going to Hollywood!

Keep refreshing because we’ll be updating our recap all episode long!