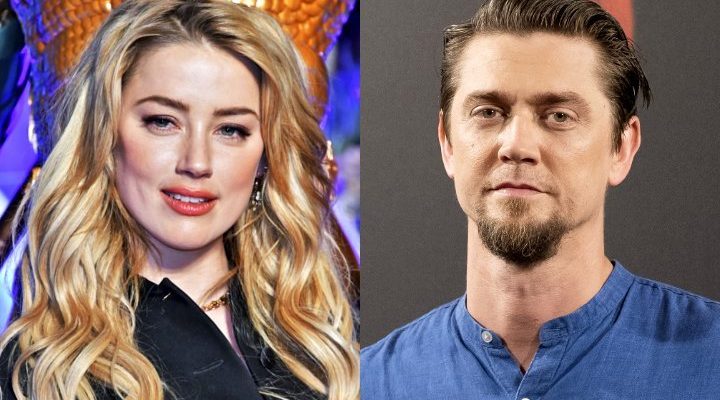 AceShowbiz –Amber Heard has sparked rumours of a new romance with filmmaker Andy Muschietti after enjoying a passionate kiss in Los Angeles.

The “Aquaman” star was photographed hanging out with the “It” director on Wednesday, March 13, when they openly engaged in public displays of affection.

In images obtained by TMZ, Amber and the Argentine native, 45, are seen smiling and strolling side-by-side in the sun, with Andy casually resting his right hand behind the actress’ neck.

They were also snapped engaging in a deep kiss.

The news emerges less than a year after Amber was romantically linked to Heidi Klum‘s ex Vito Schnabel. They had gone public with their relationship during outings in New York City in May, 2018, before jetting to London for the Wimbledon tennis championships, where the 32-year-old blonde had held hands with the art dealer.

“The Rum Diary” co-stars had been husband and wife for just 15 months when Heard filed for divorce in May, 2016. The former couple officially ended its union the following January (2017), but the failed marriage continues to hit headlines as Depp is currently suing his ex for defamation.

He launched legal action earlier this month, after taking issue with an opinion piece Amber had written for The Washington Post in December (2018), in which she reflected on life as a survivor of domestic violence. She didn’t mention Depp’s name, but during their contentious divorce battle, she had accused him of lashing out at her on numerous occasions.

The “Pirates of the Caribbean” actor demanded damages in excess of $50 million (£38 million) from Amber, but her lawyer hit back, blasting Depp for allegedly attempting to “silence” her with his “frivolous” suit.

The case is ongoing.