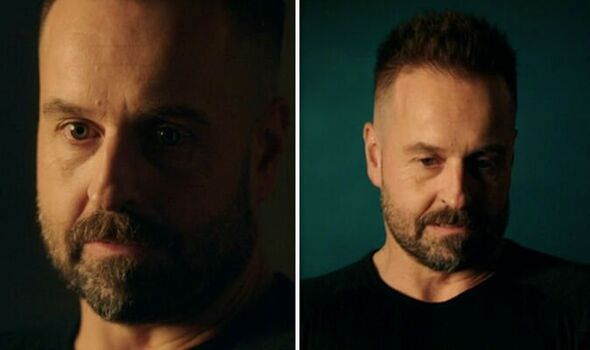 Alfie Boe has bravely shared how he tried to take his own life after he divorced wife Sarah in 2020, following 18 years of marriage. On BBC’s Freeze the Fear with Wim Hof, the opera singer explained he overdosed and ended up in rehab, as well as admitting he still missed his ex-wife.

“I got a little emotional because everyone was talking about their other halves and it hit me harder than I realised,” he told co-star Dianne Buswell.

“In 2020 I separated from my wife after being married for 18 years. We have two beautiful children but unfortunately our journey wasn’t to last a lifetime,” he continued.

“Even though we are close and we’re friends, it’s still not the same, you know?

“It’s been nearly two years now, but it still hurts. I miss her, I miss what we had.

“When my separation happened initially I went to a real dark place, it’s weird to talk about it, I’ve not spoken about this in public, but I am willing to if it can help anybody out there who needs that.

“I’ve gone through beating myself up and hating myself, not having any love for myself.

“It resulted in a foolish act of throwing some pills down my throat, because I had lost my way.

“It was just one thing after another, travelling, on the road a lot, having to say goodbye for months at a time was hard.

“I ended up in a rehabilitation facility for about five weeks, and it was a scary time.”

Alfie added that he wanted to open up about his battle with his mental health so that he could help others in the same situation.

“Depression is a really debilitating thing to go through, it’s not easy, you have to accept that you’re not perfect, you’re human and you do make mistakes,” he said.

“You have to find that inner strength to deal with it.

“All in all, it was a lovely marriage… We always look at it like, it wasn’t a failure, it did work, we’ve got two beautiful children.”

He added that his children, friends and family had all helped him see the light again.

“I want to be a better person for everyone that comes into my life,” he added.

Alfie had announced his divorce via an Instagram statement in November 2021, praising his long-time love as he called her an “incredible partner” and said they would remain “amicable” for the sake of their children, while dismissing speculation on his marriage as “nonsense”.

He wrote: “After speculation about my marriage to Sarah ending, I can confirm that we have separated.

“I have nothing but love and respect for Sarah who’s been an incredible partner and an amazing mother to our two beautiful children and everything is very amicable.”

Addressing the speculation surrounding the end of their marriage, including claims he was using dating app Raya, he added: “Other parts of the story, though, are absolute nonsense.”

The Samaritans is available 24/7 if you need to talk. You can contact them for free by calling 116 123, email [email protected] or head to the website to find your nearest branch. You matter.