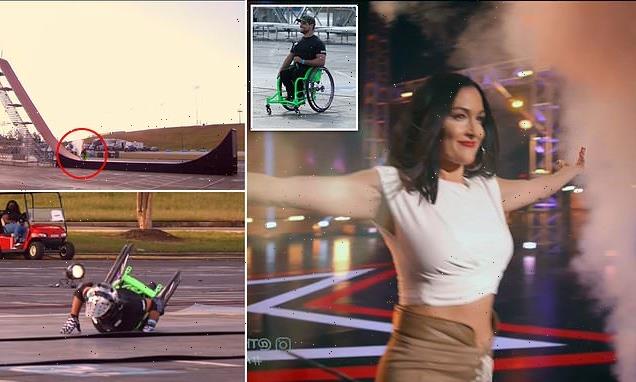 Aaron, 30, who revealed he uses a wheelchair after being born with Spina Bifida, attempted to wow the judges by completing a daring jump by launching himself into the air from a ramp, and despite suffering a terrifying crash landing, still received Nikki’s coveted buzzer after a successful second attempt. 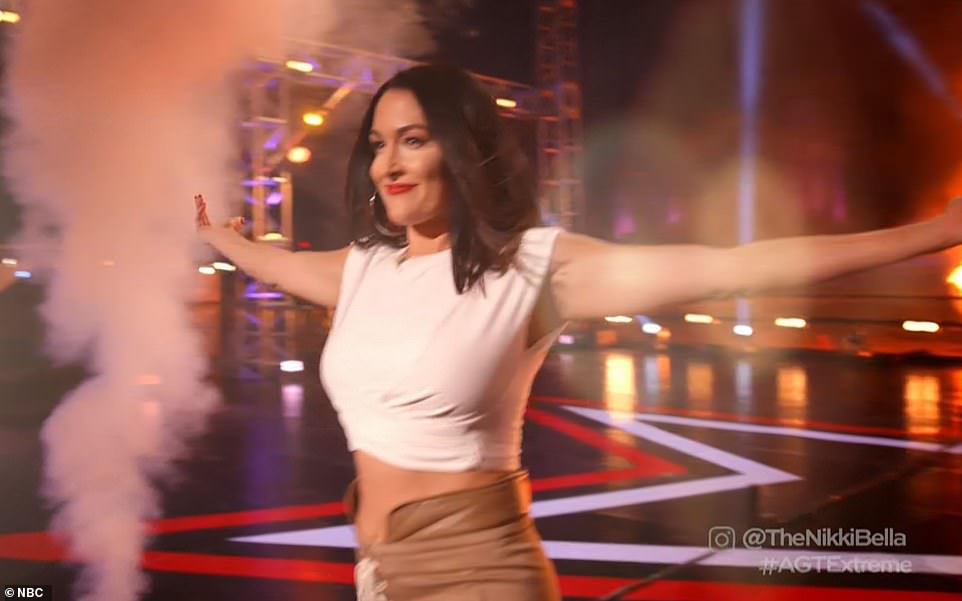 For its new Extreme version, daring acts from around the world will audition for the judges in the hope of winning the grand prize of $500,000.

Aaron Wheelz, whose real name is Aaron Fotheringham was recognised by judge Travis, before attempting to wow the panel with a jaw-dropping jump.

The daredevil attempted to race down a tall ramp for a jump to land on the other side, but after completing a backflip suffered a scary crash landing. 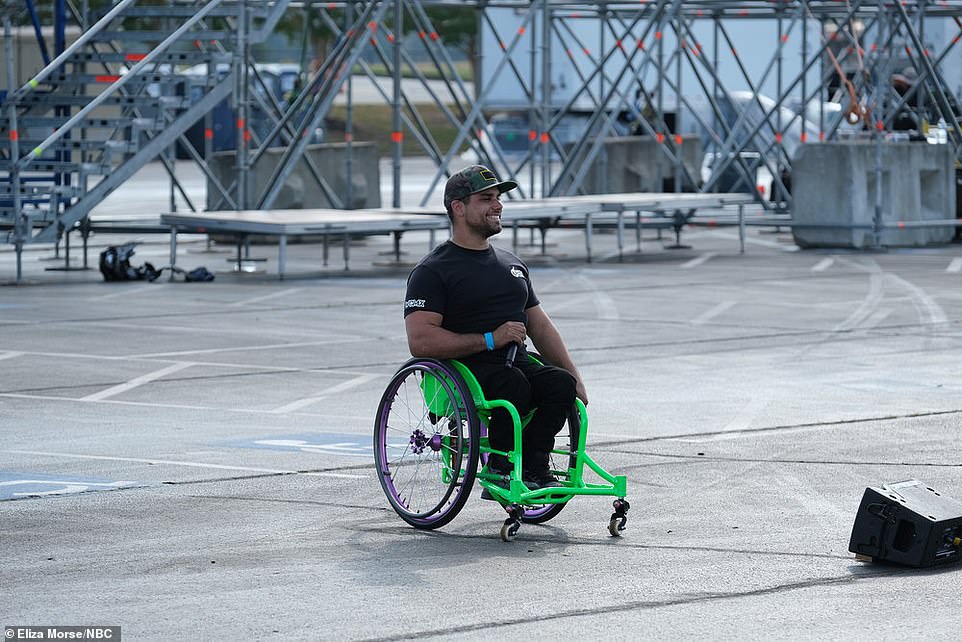 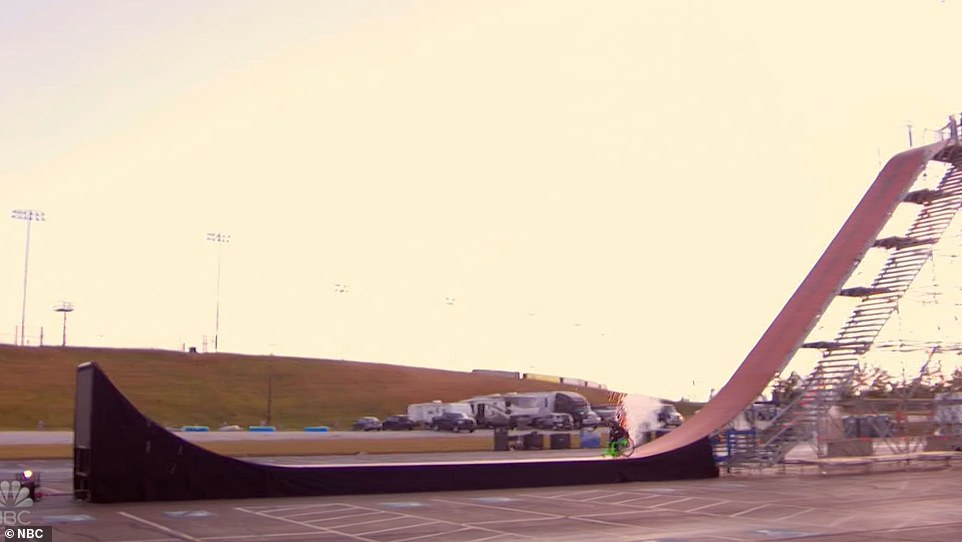 Tall ramp: The daring stunt was performed outdoors in Atlanta

Ahead of his audition, Nikki asked Aaron why he got into the sport and he revealed that he was born with spina bifida and was inspired by Travis.

Speaking about his condition in a recent YouTube video, Aaron said: ‘The doctors didn’t think I would really be independent at all or be able to sit up or do anything on my own,’ and he went onto reveal he began to use a wheelchair full-time from the age of eight.

Since then Aaron has performed an array of stunts in WCMX or wheelchair motocross, and after competing in a skate park competitions from a young age, has performed as part of the Nitro Circus Live tour. 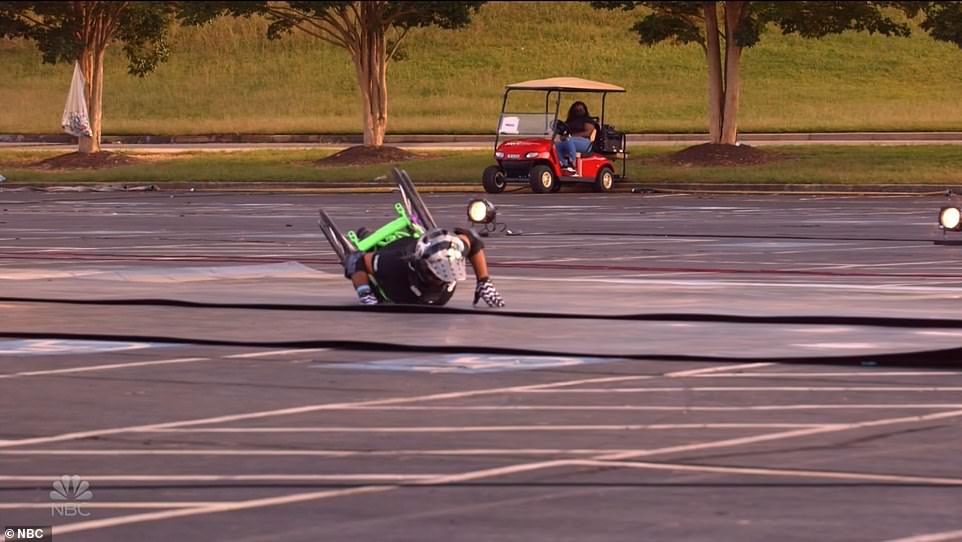 Crash landing: Aaron soared through the air on his jump and did a mid-air flip, but crashed on his landing

Aaron has also appeared as a stunt double on Glee for Artie Abrams (played by Kevin McHale), who also uses a wheelchair, and he also appeared in the 2019 film The Law Of Moises.

For his stunt, Aaron launched himself down a huge ramp before soaring into the air, and doing a mid-air flip, leaving the panel in awe, but he quickly suffered a dramatic crash landing.

‘He’s okay, he’s okay!,’ Terry yelled as he lifted himself off the ground, before Aaron attempted the jump for a second time.

This time, the motocross enthisiast stuck the landing, earning praise from both Simon and Travis for this performance.

‘Your life is so aspirational. I mean, you are the definition of never giving up. I think it’s absolutely incredible. When I think of an ‘AGT: Extreme’ champion, I think of someone who pushes their limits, and I just can’t wait to see what you get to do next, Wheelz, because you’re going to the finals,’ Nikki told him, before she stood up and slammed her Golden Buzzer.

Aaron couldn’t contain his shock after earning the coveted Buzzer, with a thrilled Nikki rushing onto the stage to embrace him.

Earlier in the show, Simon also hit his Golden Buzzer for the drone group Verge Aero that flew 160 drones for an amazing light show.

AGT: Extreme will return next week on NBC. 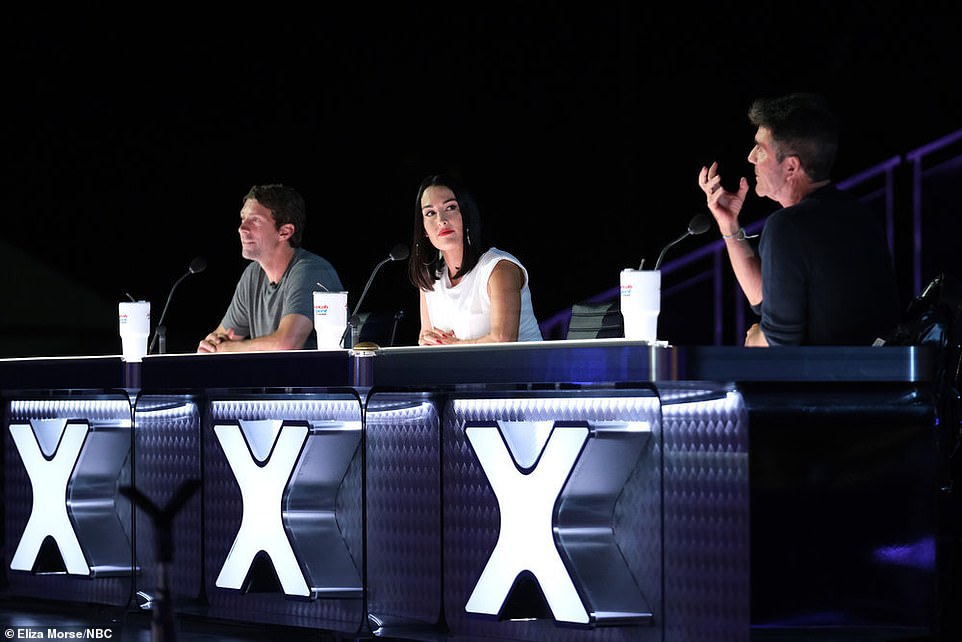 High praise: Simon and Travis praised him for his performance and not trying the jump again after falling 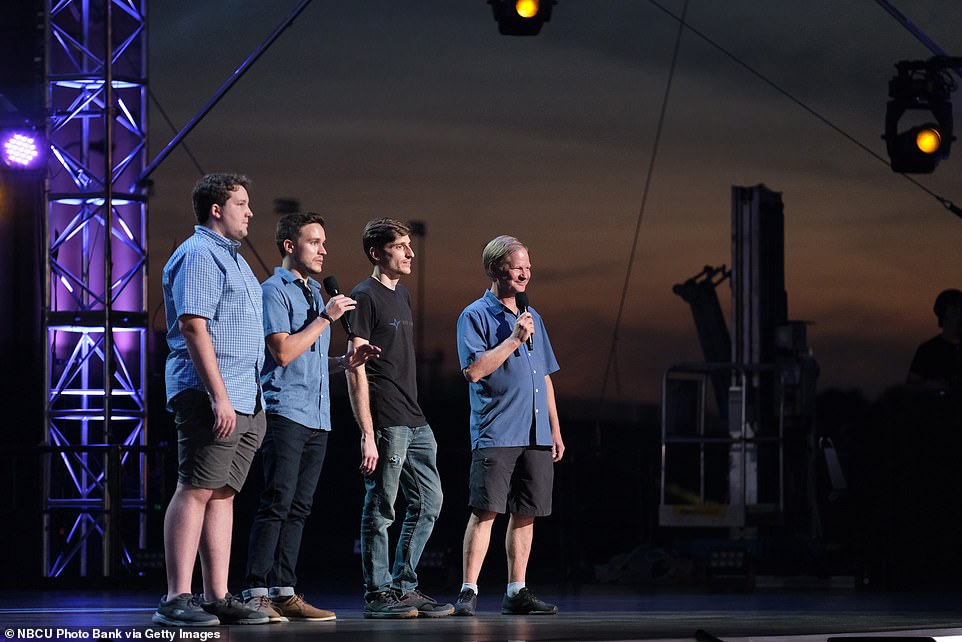 Drone act: Verge Aero also advanced straight to the finals after Simon hit his Golden Buzzer for them 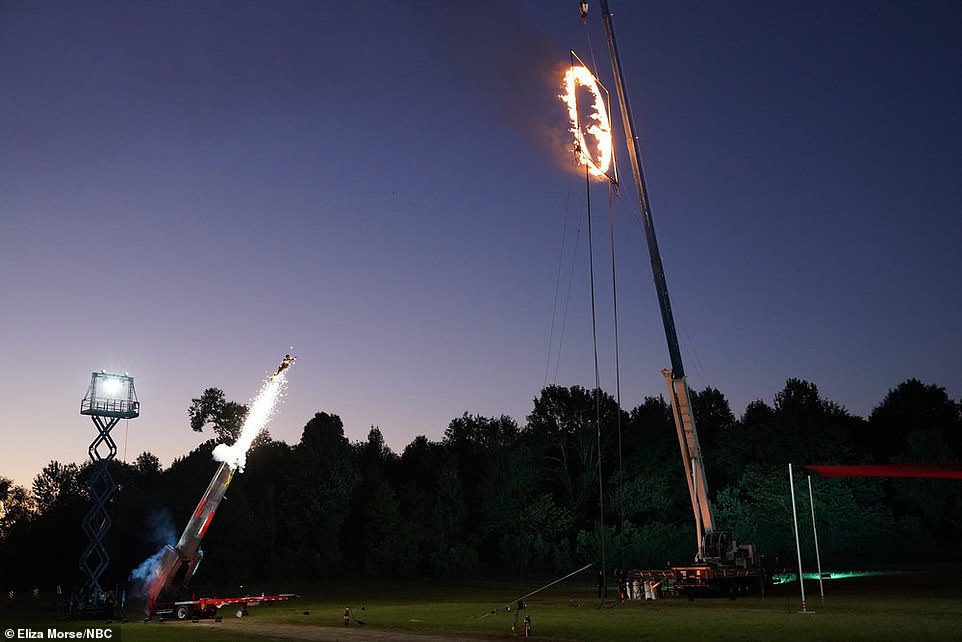 Flying high: David ‘The Bullet’ Smith was shot out of a cannon 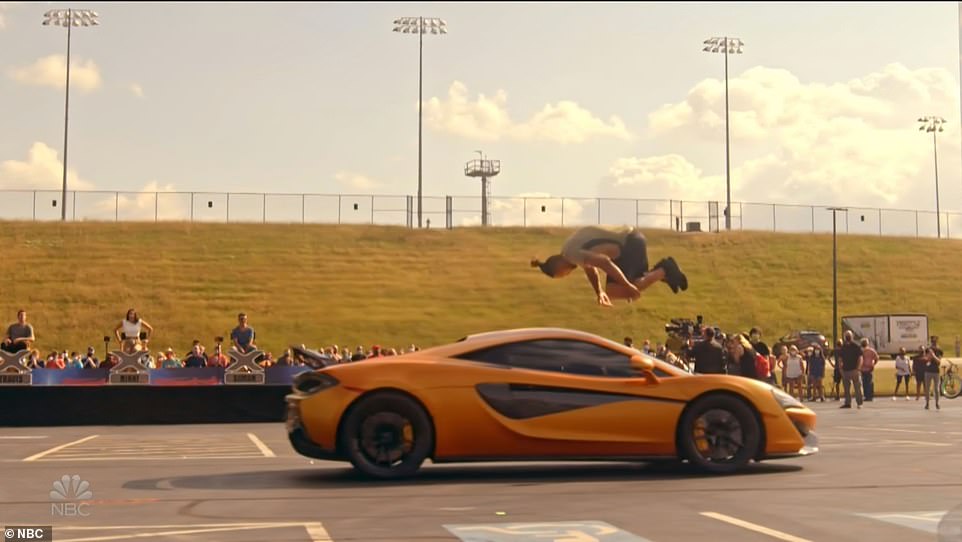 Car jump: Aaron Evans flipped while a speeding car raced below him