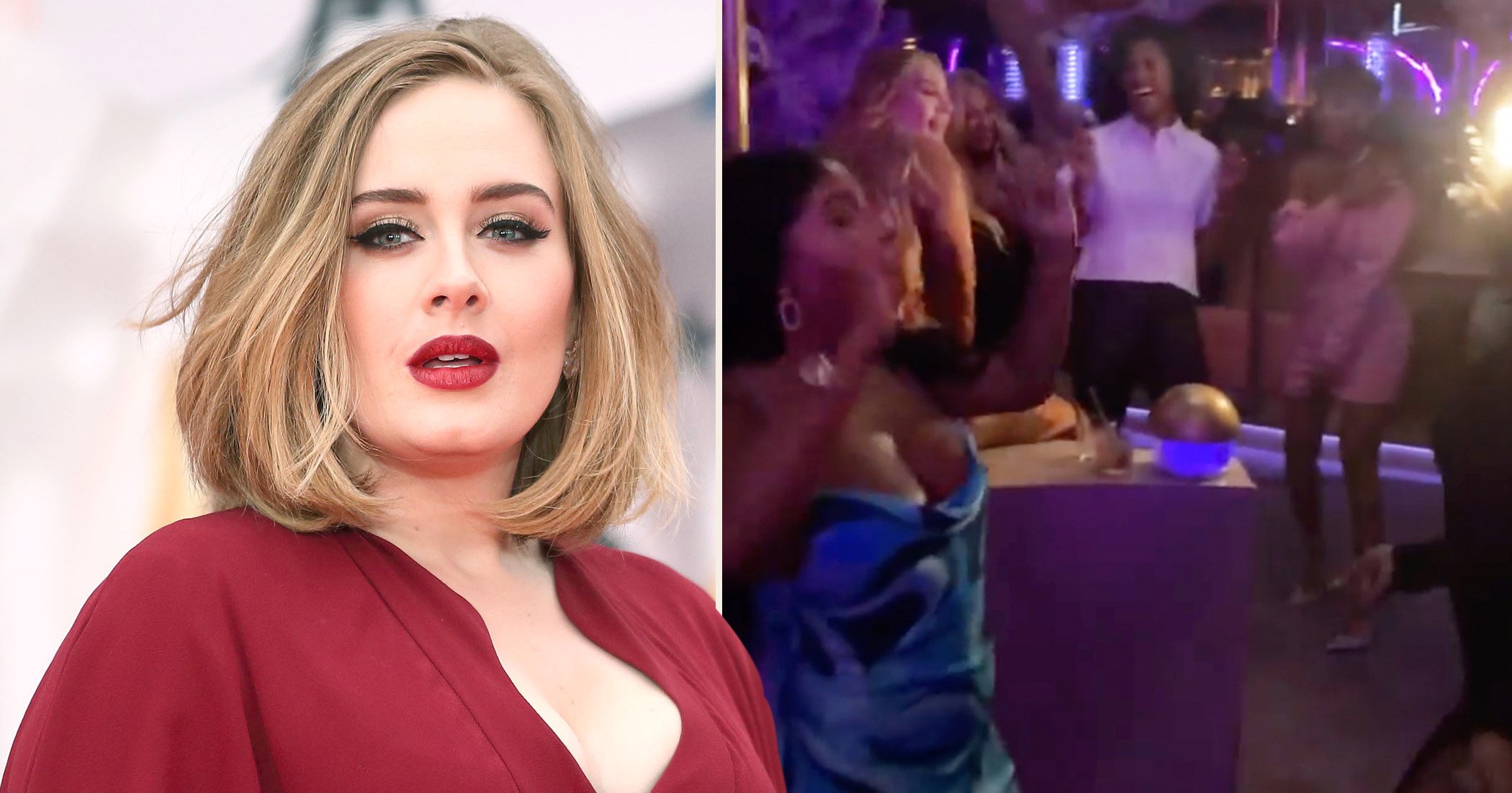 Adele let her hair down on a fun night out with her rumoured boyfriend, Rich Paul.

The Hello singer and the sports agent were on hand to celebrate Savanna James’ birthday, at a very swanky bash in West Hollywood.

At one point, in a video seen on LeBron James’ Instagram story, the 33-year-old could be seen singing and dancing along to Cardi B and Megan Thee Stallion’s absolute banger, WAP, as she joined in the festivities.

It looked to be a fun night celebrating Savannah, who was later serenaded by a singer as the crowd cheered.

All that dancing appeared to get the best of Adele as she was spotted leaving the bash barefoot, clutching her heels.

Once again, she’s the most relatable celebrity around.

In pictures obtained by MailOnline, the All I Ask star made her way out of the venue alongside the sports agent, 39, with the pair attempting to keep their heads down.

She looked incredible in a full-length gown, but held her shoes in her hands as they climbed into a waiting car.

Adele and Rich have yet to speak publicly over their much-speculated romance, with the rumourmill ramping up when they were pictured looking cosy while watching a basketball game together last month.

Questions first began over their bond when the agent let slip that he was ‘hanging out’ with a popstar in a profile in the New Yorker.

While the reporter didn’t give the name of said singer, it didn’t take internet sleuths too long to figure out exactly who he meant.

Their relationship isn’t said to be ‘super serious’, but an insider told People that they are having a good time, adding: ‘They have mutual friends in common, so that’s been nice.

‘She’s having fun and being social. [Adele] has relaxed a lot. She’s not quite as private as when she was married.

‘She is living her life and doing great. She is having a great summer with [her son] Angelo. They are spending most of their time in LA.’

The Grammy Award-winning star was previously married to charity entrepreneur Simon Konecki, with the former couple sharing son Angelo together.