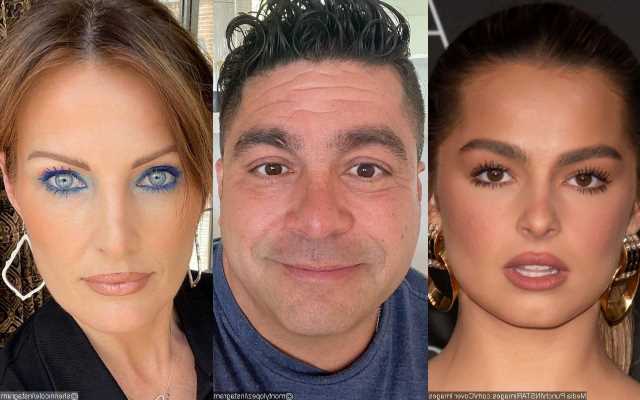 The ‘He’s All That’ actress is reportedly ‘mortified’ by recent headlines about her parents as her father Monty Lopez called out his estranged wife Sheri Easterling following her romance debut with 26-year-old rapper Yung Gravy.

AceShowbiz –Addison Rae is understandably upset with her parents’ split, let alone it playing out in public. The social media influencer has reportedly been “mortified” by recent headlines about her parents amid their split following her father’s cheating scandal.

Addison, who boasts nearly 90 million followers on TikTok, allegedly found the drama “overwhelming.” A source spills to Page Six, “Addison has seen her parents go through a lot of ups and downs over the years, but everything going on right now has been particularly overwhelming for her.”

Addison has unfollowed her father Monty Lopez after news broke last month that he allegedly cheated on his wife Sheri Easterling with a much-younger woman. A 25-year-old influencer named Renee Ash claimed Monty led her to believe that his relationship with Sheri was “over” when they were still together.

Addison has unfollowed both her parents following the affair scandal. She then broke her silence on the family drama as she tweeted last month, “I’ve really been struggling to post and get out and do things but I love you all and you mean so much more to me than I can ever express.”

The “He’s All That” star added, “My life is forever changed thanks to all of the people who decided to care about me and support me,” before concluding her message, “I love y’all <3 life is weird but worth it.”

But things got more complicated after Addison’s mom Sheri debuted her romance with new boyfriend Yung Gravy at the 2022 MTV Video Music Awards. The pair flaunted PDA on the red carpet, kissing while posing in front of the camera.

Seemingly bitter, Monty later reacted to the couple’s romance via his Instagram Story. Sharing his shirtless selfie, the 46-year-old wrote, “Unbothered! Thank you @younggravy for taking the leftovers.”

“I would rather spend time with my daughter and 2 grandkids that Sheri Nicole made me abandon as a child in order to be with her,” he added, before reminding others, “Never let a woman make you choose between her and or your blood child!”

As for Yung Gravy, he defended his girlfriend for sharing a kiss with him at the VMAs. “shess newly single and living her life. leave her alone lol,” the “Betty” rapper tweeted on Monday, August 29.