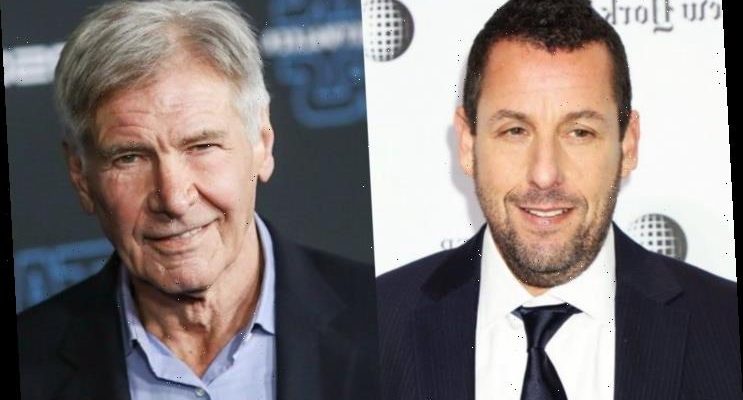 The ‘Murder Mystery’ star makes the confession about his first encounter with the ‘Star Wars’ actor when playing a game during an appearance on ‘The Ellen DeGeneres Show’.

AceShowbiz –Harrison Ford once asked up-and-coming actor Adam Sandler to wash his car at a party.

Sandler appeared on “The Ellen DeGeneres Show” on Monday (October 05) and played a game where he shared stories and asked the TV host to guess which were true and which were totally made up.

In one of the funnyman’s accounts, he revealed he was at a party thrown by the late Carrie Fisher when her “Star Wars” co-star asked the then-unknown Sandler to clean up his ride.

“I was there, I was a young man, I think I was on ‘Saturday Night Live‘ for a year or two, I was like 24,” Sandler told Ellen DeGeneres.

Though Sandler never took Ford up on the offer, he insists the pair have since grown close.

“Two times in a row, when there were fires in our neighborhood, we had to check into a hotel and Harrison was at the same hotel,” Sandler shared, adding that the two “sat and hung out… and talked about when is this fire gonna end, and that kind of stuff.”

And the unplanned get-togethers have brought their own silver lining as the “Uncut Gems” star insists he and the movie icon are “tight… now.”