Stuck in Miami? Blake Shelton and Gwen Stefani got married on Saturday, July 3, tying the knot in Oklahoma. While the pair’s The Voice colleague Carson Daly officiated the ceremony, one key member of the NBC family was missing.

Adam Levine, who served as a coach on the competition series for 16 seasons before his 2019 exit, was spotted in Miami working out over the holiday weekend.

The Maroon 5 singer, 42, spoke out about the couple’s wedding in March, joking that they “couldn’t afford” to have him perform at the service. 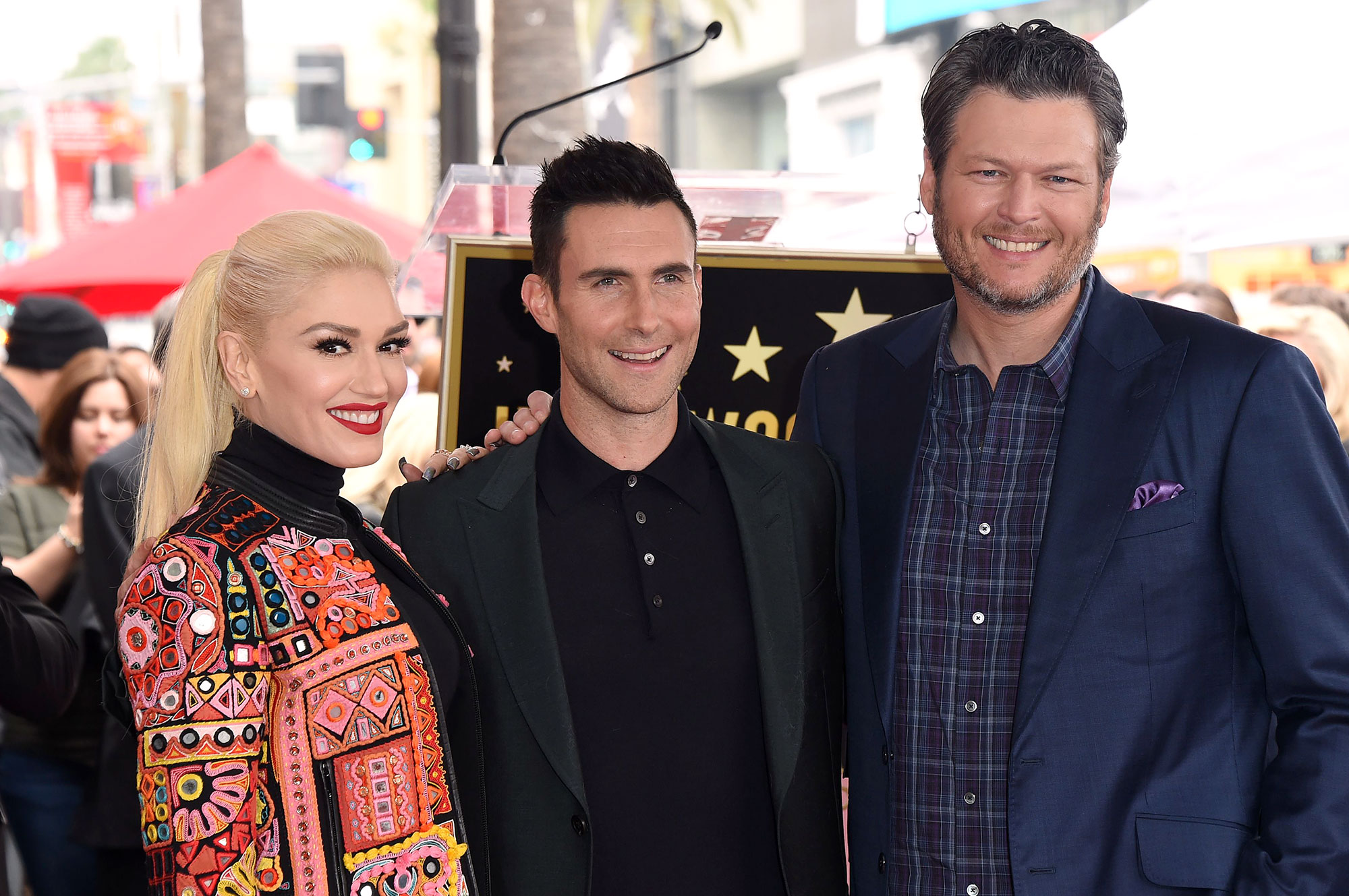 “No, they haven’t asked me yet,” he said on SiriusXM’s The Morning Mash Up. “I would love to. First of all, I was just literally texting with them. I love them so much. Just so funny you mentioned them because I just texted them 10 minutes ago, just like, ‘I miss you guys. I love you guys.’ Yeah, they’re the best, dude. I would love to. I’d be honored. They won’t ask me though. They’ll probably get, like, Luke Bryan or somebody.”

Celebrity Weddings of 2021: See Which Stars Tied the Knot

Surprisingly, it was Shelton, 45, who actually sang at the nuptials, Daly, 48, revealed on the Today show on Tuesday, July 6.

“At the wedding, Gwen starts and she wrote this [speech] saying, ‘Since I was a little girl… blah blah blah,’ and she crushes [it], not a dry eye in the church,” Daly said of the 51-year-old singer’s vows. “It was so perfect that I said to Blake when she was done, ‘Top that, buddy.’”

So, the “Austin” singer did just that, telling the crowd that Stefani also gives him a hard time for not writing enough songs.

“Guitar comes in, stool, next thing you know, he wrote her a song, and he sings her a song — while he’s crying — that he wrote specifically for her. ‘Reach the Star,’ I think it was called,” the former TRL host explained. “Not a dry eye in the house. That was a highlight.”

The “Sweet Escape” singer, however, did honor her husband, as well as her three children, Kingston, 15, Zuma, 12, and Apollo, 7, whom she shares with ex-husband Gavin Rossdale. Her Vera Wang chapel-length veil was hand-embroidered with the names Blake, Gwen, Kingston, Zuma and Apollo.

“Her dad walked her down the aisle and the boys were included in the ceremony. They were recognized as being a family of five,” an insider told Us Weekly exclusively of the wedding. “Blake and Gwen both were emotional. Blake had tears in his eyes reciting his vows to Gwen and upon seeing her in the chapel he built for their love.”

Us confirmed that the No Doubt singer and the country star began dating in 2015. The duo announced their engagement in 2020.