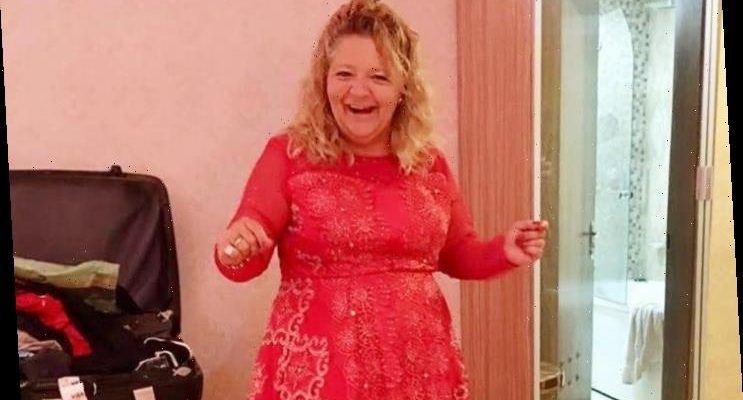 Lisa Hamme a.k.a. Baby Girl appears to protest TLC’s alleged decision to kick her out of the reality show following her use of the n-word during a social media exchange with her estranged husband Usman Umar.

AceShowbiz -“90 Day Fiance” star Lisa Hamme a.k.a. Baby Girl has fueled speculation that she has been fired from the reality show. Amid mounting rumors about her dismissal from the TLC series, she shared cryptic posts that suggested she’s being silenced.

In one of her posts, she shared a picture of her with duct tape over her mouth. “Contact @roccostraz [her booking agent] as well you see,” she captioned the snap, while turning off the comments. On Friday, June 13, she posted a similar photo with different filter and wrote in the caption, “Silence,” while once again tagging her booking agent.

Rumors of Lisa’s firing started to swirl after she called her estranged husband Usman Umar the n-word on social media. “Lisa, last week you called me n***** which I know is totally inappropriate in America,” said Usman. “You called me n*****. I don’t even get angry about it because I am used to how you are behaving.”

She was supposed to address the comment on new “90 Day Fiance” spin-off “B90 Strikes Back”, which is scheduled to premiere on June 22, but she has reportedly been taken off of the show. She was also scheduled to do an Instagram Live interview with comedian Trenton Davis, but TLC allegedly banned her from doing it to prevent her from further talking about her racist remark at Usman.

She seemed to confirm the speculation by reposting an article about her getting fired on her Instagram story. According to The Blast, sources close to the situation said that she might fight TLC legally for the firing despite signing an NDA.

Meanwhile, Lisa has apologized after facing backlash for her use of the n-word. “It is said if you sin and you apologize and you pray for forgiveness, it is forgiven,” she said on Instagram Live. “So, my husband and I, it is a private matter between him and I. Because they are not going to drop it and it’s sad. Because the world needs to be united. We are human beings.”

She continued addressing her offensive remark, “It just bothers me that there are so many hateful people in the world. We have people dying every day. I made the mistake of saying the n-word. I apologized several times. But you still want to come at me. This is something between my husband and I. but I’m here to take your abuse.”