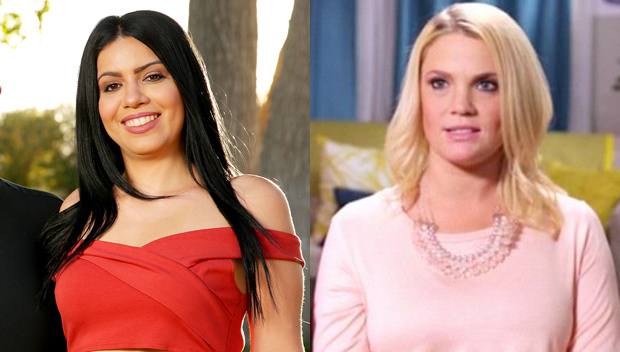 Look no further than Larissa’s social medial to find out where things stand for the ’90 Day Fiance’ star. She spilled everything in an IG live about her feud with frenemy Ashley.

Larissa Dos Santos Lima is spilling all about her feud with fellow 90 Day Fiance star Ashley Martson. “One secret that nobody knows, just you now.…Ashley, she tried to be my friend in Atlanta. I was like, ‘Wait, wait, wait. I don’t know you,’” Larissa said during a recent Instagram Live video. “She tried really hard to be my friend. She talked bad about Jonathan [Rivera] and Fernanda [Flores] for me.” Well, Larissa herself talked pretty harshly about Jonathan and Fernanda directly to their faces on the show’s recent reunion special, even though Ashley was pretty cold to Larissa.

“She [said] like, ‘They are so jealous because we are in Atlanta and they are not.’ But I [said], ‘I’m not jealous of them. I’m so happy because they go to Hollywood, to L.A. to the premiere.’…So I think that they might say bad things about her to them,” Larissa continued. She then claimed any beef between her and Ashley wasn’t on her part. “I was really nice to her give her advice,. I was really sweet to them, but I was just like, ‘Wait, wait, wait,’” she continued.

This comes on the heels of a super dramatic Jan. 6 part one of the 90 day Fiance reunion special. Larissa and husband Colt Johnson showed up three hours late for the taping and she claimed that her makeup bag the luggage containing the dress she was going to wear on the show got lost en route from Nevada to New York. Then she made the show’s PA’s go out and find her the perfect “Kardashian-style” dress as all the other stars of the show fumed while having to wait on her high maintenance ways.

Once taping got underway,instead of Ashley Larissa got into it with Fernanda, as the Brazilian native said “Fernanda is jealous of me because she’s ugly and I’m beautiful. I feel ready to do war.” In addition to “ugly,” she also called Fernanda “jealous and thin,” even though the latter doesn’t seem like an insult. Jonathan jumped in to call Larissa pathetic, then Colt called Jonathan the same thing and it was all downhill from there. Oh man, part two of the reunion airs on Jan. 15 and we can’t wait!