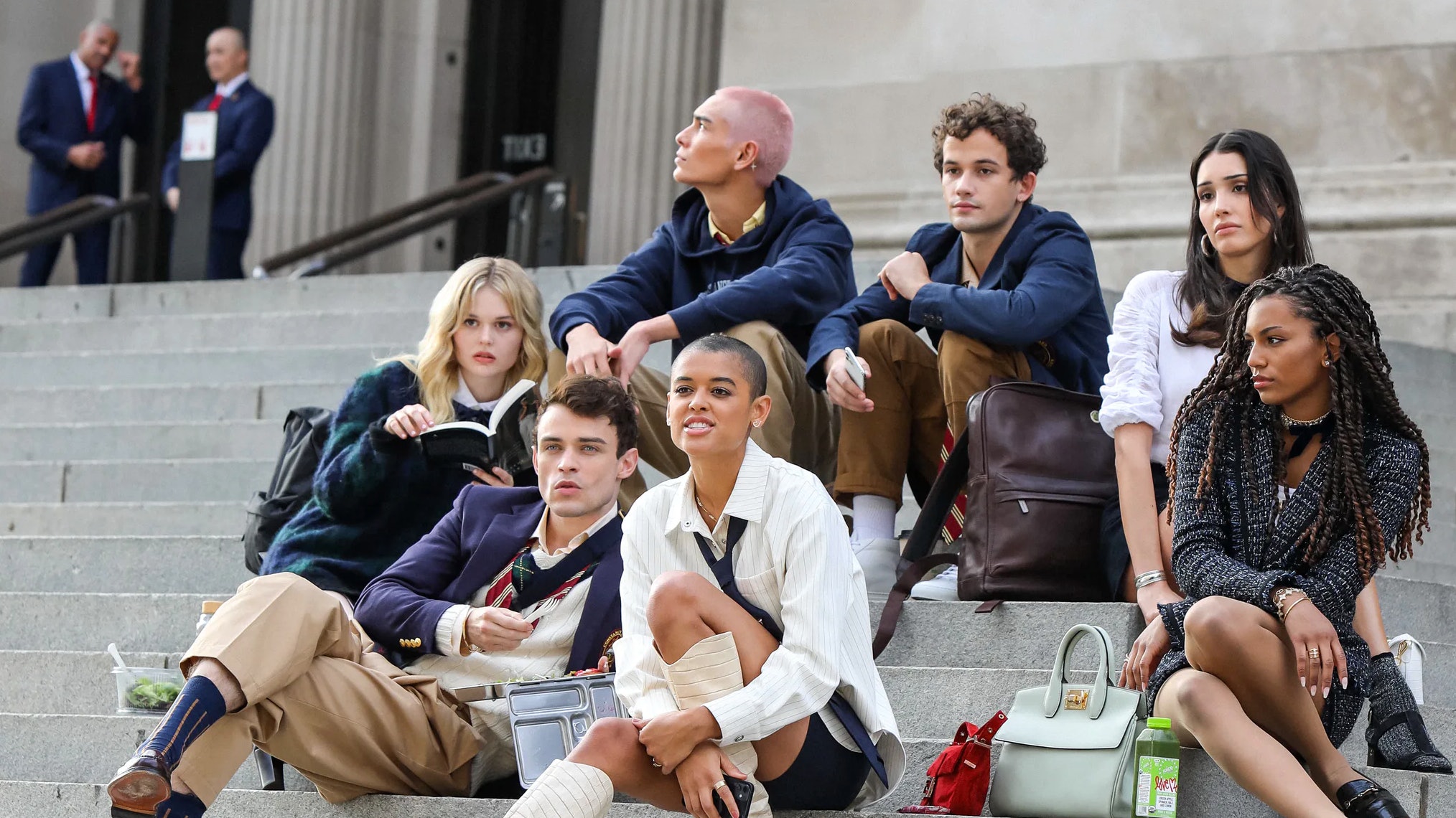 Hey there Upper East Siders, ready for some serious gossip? Although it’s been close to a decade since Gossip Girl’s true identity was revealed, she’s coming back — with a modern upgrade. While the creators of the new series are keeping the deets well under wraps, these theories about the upcoming Gossip Girl reboot on HBO Max 100% need to be a reality.

Fans last saw Manhattan’s elite settling down for their happily ever afters. A quick glance five years into the future showed Dan (Penn Badgley) and Serena (Blake Lively) saying "I do," Chuck (Ed Westwick) and Blair (Leighton Meester) dominating the business world as parents, and Nate (Chace Crawford) thriving in his career. The main characters clearly got their dream endings, so with the reboot set to premiere sometime in 2021, fans are wondering how the previous series will tie into the new one.

In a 2019 interview with Entertainment Tonight, Joshua Safran, the series’ original showrunner and writer, compared the reboot to the Marvel Cinematic Universe. "It’s not a continuation or a sequel. It truly just is looking at a different angle.," he said. This means even if the original cast members don’t return to set, their stories will still likely at least get referenced in the new show.

Hopefully the writers make these eight theories come true to the reboot can be as epic as the original:

The very end of the original series showed Chuck and Blair’s son, Henry, running around looking happy as can be. His age is unclear, but it looks like he could be about four or five years old. If the reboot takes place eight years later, Henry would be entering high school at this time. Could it be possible there’s a new Bass running St. Jude’s?

2. ‘The New York Spectator’ Is Still A Thing

It’s kind of strange Gossip Girl is coming back since, really, it was The Spectator that was thriving during the final moments of the original series. After releasing the deets about Gossip Girl’s identity, The Spectator apparently got big, landing Nate serious power (and a private jet). So, is the outlet still dishing the dirt in modern times, or did it fizzle out?

After he became a big shot thanks to The Spectator‘s success, the end of the series let it slip that Nate was considering running for mayor (which would make his Vanderbilt fam very happy). Since Crawford told Digital Spy back in July 2019 he "would absolutely" want to cameo in the reboot, this would be a great opportunity for that.

Since Nate was one of the few original characters who didn’t end up coupled up in the finale, seeing Mr. Archibald in office could be a fun way to mix in the old storylines and characters without having to get everyone on board.

4. The Original Characters Are Still Upper East Side Royalty

Just because the entire original inner circle isn’t expected to make a return for the reboot, that doesn’t mean their history is going to be completely wiped. The new students of Constance and St. Jude’s would have to know about alumni who ran the social scene before them. But are the Bass, Archibald, Waldorf, and Van de Woodsen families still on top, or did their clout in the city fall?

While Penelope (Amanda Setton) was more minion than main character, she was present throughout the entire series. With the show returning, it would be interesting for some of the secondary characters to return to the franchise. Considering she had a crush on Nate forever, perhaps the two finally get together and she becomes the Mayoress. She definitely has the style to pull the role off.

6. Georgina Is Pulling The Strings

Fans of the original series know Georgia Sparks (Michelle Trachtenberg) never met a scheme she didn’t like. If the writers were looking for ways to incorporate the original cast, bringing the conniving Georgina back would be a fun way to tie in the past. Her son, Milo, would definitely be around high school age, so maybe she sends him to St. Jude’s with Chuck and Blair’s son, Henry. The duo would make for a pretty legendary frenemy situation.

The end of the series saw Blair kicking ass as the head of Waldorf Designs, with Little J part of the company too. Even if the original cast isn’t involved, will the new queens (or dons) still be rocking Waldorf, or will Blair’s empire get left behind in the original show? Decking the new generation out in Waldorf Designs would surely be an easy way to tie in the show’s history.

8. Serena Is Still An It-Girl

It doesn’t really matter that Blake Lively likely won’t be returning to the franchise. Her character is so iconic, there’s no way the reboot can avoid mentions of Serena. While it would be great if Lively had a change of heart and made an appearance, let’s hope the writers find a way to keep the magic of her character around.

Who knows? Maybe S got a fabulous job across the globe or is touring the country with Dan, the now-famous author. Whichever way the writers take the story, it wouldn’t be Gossip Girl without at least one reference to the socialite who put the site on the map.

The original Gossip Girl is streaming now on HBO Max and the reboot is set to premiere on the streamer sometime in 2021.