Itinder Kaur was on a night out with friends five years ago when she fell on some gravel.

A quarter of the eyelashes right in the centre of her upper right eyelid were ripped out when a well-meaning friend tried to pick her up but accidentally dragged her face down across the stones.

Now, the 30-year-old from West London, has had hair transplanted from her head to her eyelid to get her a full set of lashes again.

She said: ‘It was very unfortunate accident. I ended up splitting my eyelid after a fall when I was out on a night out with friends and one of them tried to pick me up.

‘I had an immediate operation to repair the damage. They stitched up my eyelid but a few days later the stitches fell out and I need further surgery.

‘Because of the trauma to the eyelid, blood stopped flowing to the central area and I lost around 25% of my eyelash cover in my right eye.

‘Before the accident, I had always had gorgeous long eyelashes and people used to say that I had beautiful eyes. I was very proud of them.

‘Obviously it was very upsetting to suddenly have this gap in my eyelash cover. Your eyes are such a crucial part of your overall beauty.

‘I would cover it up by wearing eyeliner when I was on a night out but I was always aware of the problem. I chose not to wear glued on false eyelashes.

‘I am so glad that I have now found a permanent solution to the problem.’

The procedure, which usually costs £4,000, was shown for surgeons across the world to help them learn how to perform the intricate procedure.

Dr Shahmalak, the first surgeon in the UK to carry out the procedure in 2009, agreed to do the £4,000 operation for free at the FUE Europe conference in Manchester because he was keen for other surgeons to benefit from his knowledge – particularly in countries such as Pakistan where acid attacks are more common.

Only a handful of surgeons in the world can currently perform eyelash transplants which have been used by Dr Shahmalak to help women horrifically scarred by acid attacks in Pakistan.

Itinder said: ‘I am thrilled to have my eyelashes back. It will be a few months before they grow back properly but then I will have lovely lashes right across my upper eyelid again.

‘I cannot thank the doctors enough and I hope lots of new surgeons will start carrying out the procedure so that more people can benefit.’

16 hairs from the back of her head were trimmed and then curled to blend seamlessly with her remaining lashes.

It can benefit patients who have permanently lost their eyelashes in accidents as well as people with the psychological condition trichotillomania where sufferers rip out their body hair.

Dr Shahmalak said: ‘Along with Parsa Mohebi, I was delighted to be able to teach so many news surgeons this usual technique so that thousands more people benefit from the procedure.

‘I have travelled to Pakistan many times to help the victims of acid attacks and it has been some of the most rewarding work I have ever done as a surgeon.

‘I am so thankful to Itinder for agreeing to be filmed. The operation went very well and Itinder’s eyelashes should be fully restored in the next six months.’

12 of Netflix's Most Powerful Documentaries on Racial Justice
Celebrities 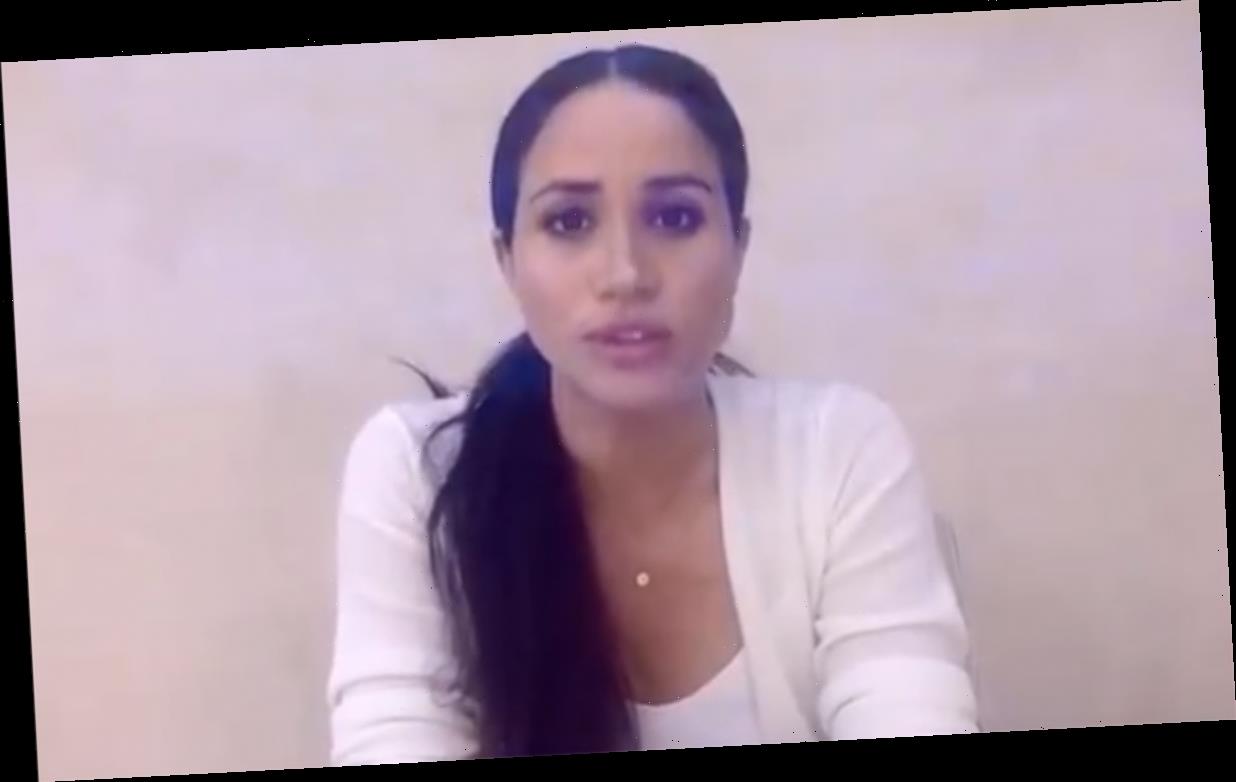 Meghan Markle shares powerful message in support of Black Lives Matter movement
We and our partners use cookies on this site to improve our service, perform analytics, personalize advertising, measure advertising performance, and remember website preferences.Ok