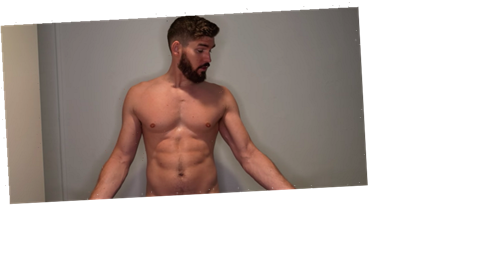 When it comes to celebrity fitness goals, Chris Hemsworth is way up there. So when YouTuber Erik Conover found himself in poor shape following an illness, he figured there was no better way to bounce back than by taking a cue from his famous man crush, and emulating the Australian actor’s training regime.

He downloaded Hemsworth’s Centr app, and followed the meal plans, workouts, and meditation exercises comprised by the app’s team of experts for 30 days, in the hope it would help him tone a Thor-like physique of his own.

In addition to completing the workouts laid out in the app, Conover also did some research into the training Hemsworth went through while preparing for the Thor and Avengers movies, and incorporated that weight training into his month-long challenge too, breaking his days into two workouts: cardio or functional fitness in the morning, such as boxing, and weights in the afternoon. “The weight training is pure bodybuilding workouts; it’s just time under tension to failure,” he says.

While understandably exhausted by the end of day one, Conover is still feeling the burn by day seven. “The biggest challenge by far has been just the workouts I’m doing that I’ve never even heard of before,” he says. “I’m sore in places that I didn’t even really know existed in my body… at the end of the first week I am absolutely crushed by the workouts. Although I’m starting to see a little bit of definition in my arms.”

By day 15, however, Conover says he feels amazing. “The changes have been pretty ridiculous, I’m actually very shocked,” he says. “My strength is up, I’ve been recording the weights as I’m going, it’s amazing the increases week by week.”

The easiest part? The 5 a.m. wake-up call. The hardest part for Conover, however, is the meal plan. “Everybody says it, but until you are actually doing it… the diet will make or break a transformation or fitness goal.”

“Something that I didn’t expect was how much I would be relying on the meditation,” he says. “The meditation aspect, especially after a long day, I mean I have no complaints, I am actually very blown away by how far this has gone.”

Conover starts the month weighing in at 198 pounds, with 17 per cent body fat. By day 30, he weighs 206 pounds, and has cut his body fat down to 10 per cent, with visible definition in his abs. “I feel healthy, I feel fast, I feel fit,” he says. “I’m actually pretty close to being in the best shape of my life.”