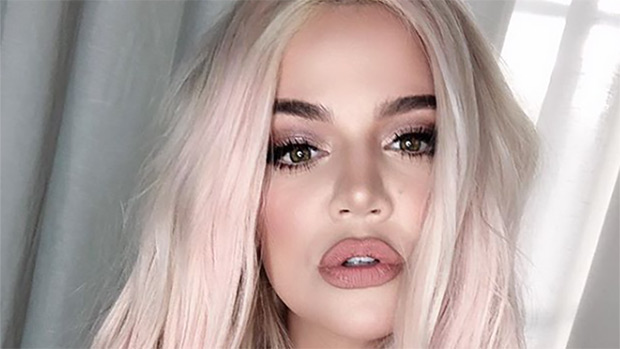 From Kim to Khloe, there were over a dozen stars who dyed their hair pink this year! See the best makeovers from 2018 below!

Khloe Kardashian first dyed her hair platinum and then showed off her pink strands on Instagram on Dec. 18. It was just a temporary color but looked so pretty! It’s already back to icy white, which we saw at the Kardashian-West-Jenner Christmas Eve party. Khloe is not the only one in the fam to go pink this year. Kim Kardashian rocked pink hair while traveling at the Haneda International Airport in Tokyo, Japan in February. Maisie Williams was unrecognizable with bright pink hair at the Mary Poppins Returns film premiere in London on Dec. 12.

Hailey Baldwin (now Hailey Bieber) rocked pink hair and a flower crown at the prestigious Met Gala in New York City in May. It was super girly and trendy and matched her lip color perfectly. In April, Busy Philipps rocked a pink ponytail at the I Feel Pretty film premiere in Los Angeles. Meghan Trainor took the pink plunge for Z100’s iHeart Radio Jingle Ball 2018 in New York on Dec. 7. Lucy Hale went temporarily pink this year, as well as Ashley Tisdale, who did so just before Christmas.

Gigi Hadid rocked a pink bob in February — but it was just a wig for Jeremy Scott‘s fashion show during New York Fashion Week. Bella Thorne also rocked a pink wig earlier this year. Halsey showed off her short pink pixie at the American Music Awards in October.

Tons of stars looked pretty in pink this year. See more than a dozen celebrities with pink hair in the gallery attached above!