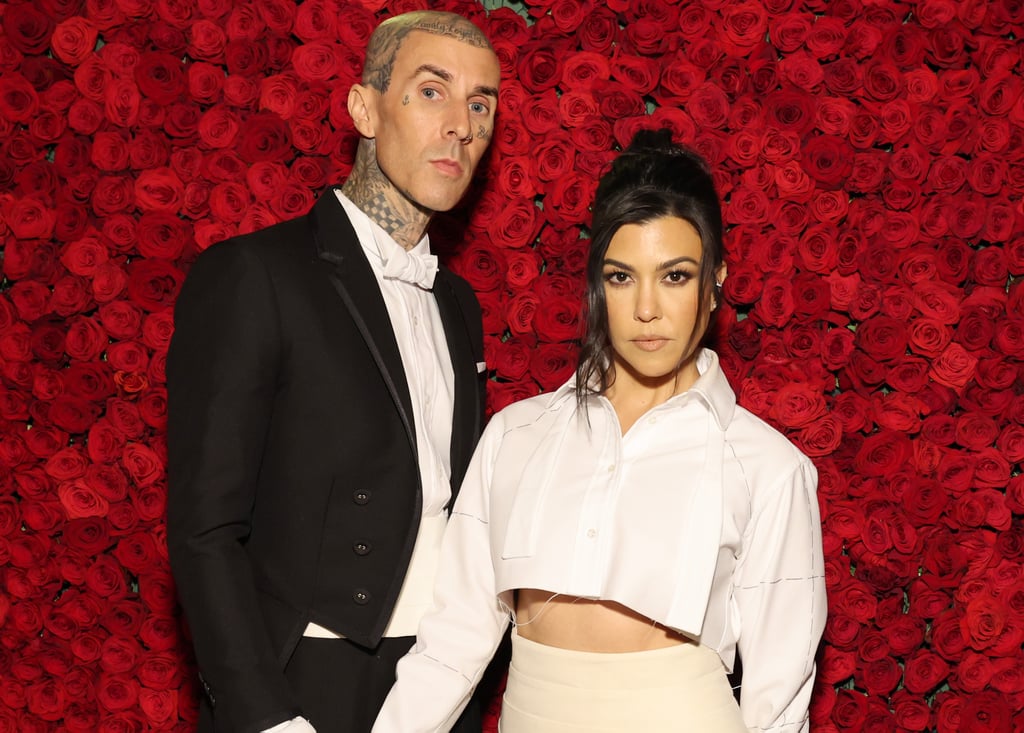 As POPSUGAR editors, we independently select and write about stuff we love and think you’ll like too. If you buy a product we have recommended, we may receive affiliate commission, which in turn supports our work.

There were plenty of couples at the 2022 Met Gala — including Kim Kardashian and Pete Davidson — but none of them declared their love as blatantly as Kourtney Kardashian and Travis Barker did. The couple hit the red carpet in not just matching outfits (Kardashian’s ensemble was a “deconstructed” version of Barker’s) but matching nail art as well.

For Kardashian, Truong filed her nails into an almond shape and painted each finger black using The Gel Bottle Nail Polish in Jet Black ($19), except for her thumb. That finger received a special treatment: a neutral base with the letter “T” painted in an Old English font. For Barker, Yasuda used Faculty World Nail Lacquer ($13) in the shade Fader on a clear base to paint a cross on his left ring finger and a “K” on his thumb in the same font style as hers.

The end result was a manicure that read K and T when the couple held hands, which they did for a large portion of the night. See Kardashian and Barker’s nails up close ahead.