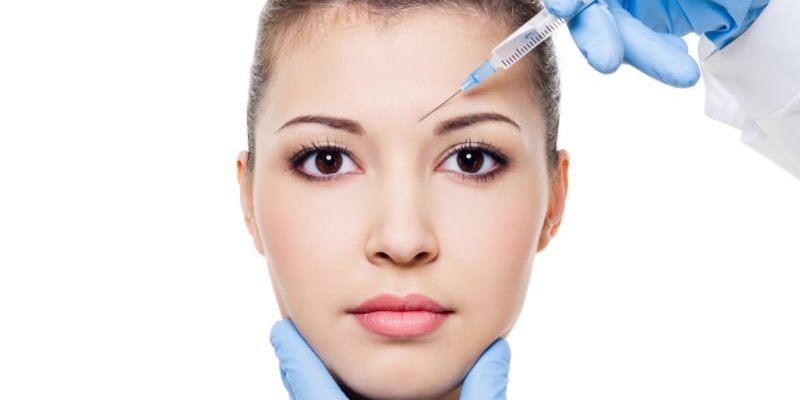 My preoccupation with three lines that stretch across my forehead isn’t new, it’s just more acute
now that "preventative Botox" for women under 25 is in vogue.

In an Instagram-obsessed world, where Kylie Jenner’s doll-like face is the benchmark, cosmetic clinics are paralysing the frown lines of young women even before they start. 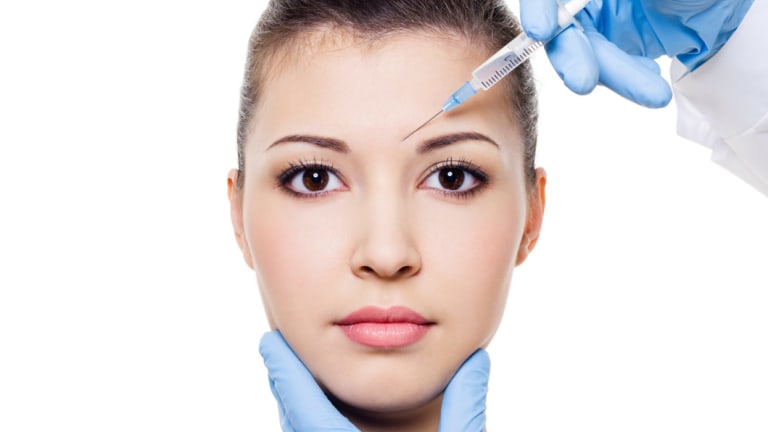 Historically, “prevention” has been used to tackle actual illness and disease. Now 20 year-olds are being sold preventive Botox.Credit:Valua

It is sold to us with marketing chicanery that’s equal parts infantilising and, admittedly, intoxicating.

"Start getting Botox way earlier!" the beauty industry coos at any woman who isn’t 17. "It’ll save
you from those unsightly wrinkles down the track!"

This ascendancy of preventative botulinum toxin has, in part, been nurtured by the likes of Shaaanxo, real name Shannon Harris. The New Zealand-based beauty YouTuber has more than three million subscribers – her “#shanclan” – and she’s gifted them with not one, but three vlogs on the wonders of preventing wrinkles via schedule four poison.

“I was thinking about it for a while. At least a year, maybe two years or so,” Harris said in a video titled ‘Botox Q&A’.

“I’ve done lots of research on [preventative botulinum toxin]… and like, what it does and how it
works. And then I started seeing people’s results for myself.”

When she filmed that video, her forehead still and shiny, Harris was 23 years old.

She’s not alone – Australian influencer Lily Brown (219,000 subscribers) has also documented her
experience with preventing the onset of wrinkles via needles.

“I don’t need all of this sh*t done, I’m just doing it because I can,” Brown said, before conceding she regretted the Botox in her forehead and only got it done on the advice of her cosmetic nurse.

Suddenly, it seems, being a woman who’s not a teenager is a sickness that requires medical intervention.

Historically, “prevention” has been used to tackle actual illness and disease. I suck into my
preventive inhaler each morning to protect my lungs from asthma. I exercise to keep anxiety at bay.

Now, apparently, I need to absorb poison to protect my face from itself.

But for all the cash young women are pouring into their foreheads – the most basic of Botox
treatments will set you back $200 – is there any actual evidence preventative Botox protects against signs
of ageing in later life?

“No, I don’t think the message of preventative botox is accurate,” Associate Professor and
dermatologist Saxon Smith told Fairfax on behalf of the Australian Medical Association.

“There’s no evidence to support prevention, so it’s really targeting the young and the susceptible.”

Dr Adrian Lim from the Australasian College of Dermatologists agreed: “Preventative Botox is a manufactured marketing concept,” he said.

“We see some women aged 18 who are getting Botox, and they are likely throwing away money. There really is no evidence for prevention in women before the age of 30.”

In reality, both dermatologists said, preventative Botox is a ploy to get women into cosmetic
procedures younger. Once women start getting jabs in their faces, they need to continue doing so
every four months to see lasting results.

And once they’re in that chair, why not have a bit of cheek filler here? A few millitres of lip filler there?

That’s the thing about the hamster wheel of cosmetic beauty standards,  once you’re on it, it’s
rather tricky to jump off.

According to Louise Adams, a clinical psychologist who tries to quell the tsunami of anti-ageing
sentiment that crashes down on women every day, preventative botulinum toxin implies “women
have to hit puberty and stay there forever”.

“Women who are always youthful are seen as non-threatening,” the founder of anti-diet program
UNTRAPPED said.

“We’re told nothing’s more intimidating than old hags with wrinkles and opinions. Really, the ideal
woman is just like a blow-up doll.”

Despite the insistence of some that anti-ageing injections are somehow empowering, Adams said
the rise and rise of cosmetic procedures is directly linked to “women’s declining self-worth and
mental health”.

“It’s not empowering to spend our money to freeze our expression,” Adams said.

“Ageing is not something to be prevented and fought against… the rise of this faux empowerment
message is just a really convenient way to keep women compliant.”

As for those who just want skin that looks healthy and hydrated?

“The best way to look after the skin is to wear sunscreen on a daily basis, and moisturise,” Dr
Smith said.

“Topical retinoids are often good, but sunscreen on a daily basis is what will give the best longterm
benefit. It’s cheap and effective.”

Also, sunscreen doesn’t involve needles. And in the opinion of this ever-so-slightly-wrinkly (and
therefore rebellious) 24-year-old, that’s a win.