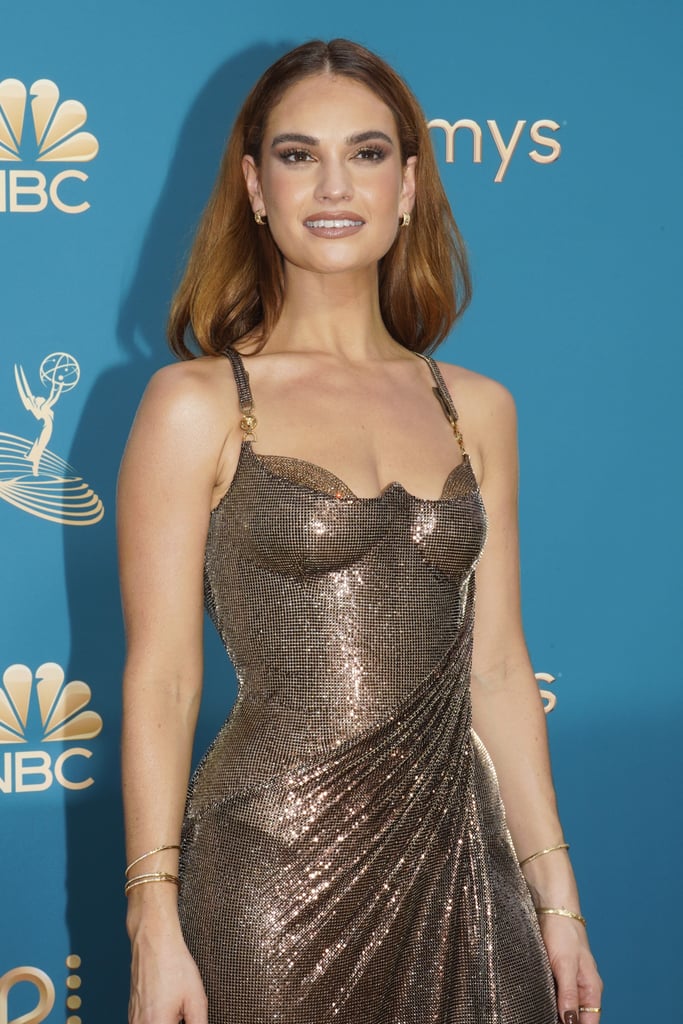 With her sleek hair parted down the middle and tucked behind her ears, it was styled into loose waves down her back. Her coppery metallic Versace dress effortlessly complemented the strawberry-red hue. The natural brunette showed no traces of her buttery-blond hair from a few weeks prior. In late July, her hairdresser John MacPherson dyed her hair, shortly after she wore a platinum-blond wig for her performance as Anderson in Hulu’s “Pam & Tommy.” A true chameleon, the actor also recently wore blunt bangs and bleached eyebrows for Versace’s new fall/winter 2022 campaign.

Take a closer look at James’s new look at the Emmys ahead.