There’s definitely not the same excitement surrounding red carpet beauty as there has been in previous years. But this year, at the 78th annual Golden Globes, celebrities went all out — despite, most of it being virtual. One of those standouts was Angela Bassett, who in addition to presenting an award, was also there to support Pixar’s Golden-Globes nominated movie Soul, which she costarred in.

The 62-year-old looked absolutely stunning, with her hair (and makeup) stealing the show. ESSENCE exclusively got the intricate braid details from her hairstylist, Randy Stodgill, who created the look with the help of one very special brand.

The sleek, ultra-long braid was basically a two-in-one. The first braid, a traditional three-strand style, was given extra pizazz and adornment with a much-smaller braid weaved in to the bottom. The simple, yet stellar addition offered dimension to the already elegant and jaw-dropping look. To create it, Stodgill relied on the brand Phyto Paris for hold and shine. “Braids are a big trend right now and we wanted something that would be off the face but still have the drama,” he tells ESSENCE. “I put Angela’s hair into a sleek, low ponytail and added extensions for more drama, and for a more polished look. I used a few drops of PhytoSpecific Baobab Oil over the finished look for a deeper shine.Baobab Oil feels silky to the touch and added with the Moisturizing Styling Cream I was able to get a smooth and shiny finish.” “PhytoSpecific is my new go-to hair product line for a perfect polish finish.” 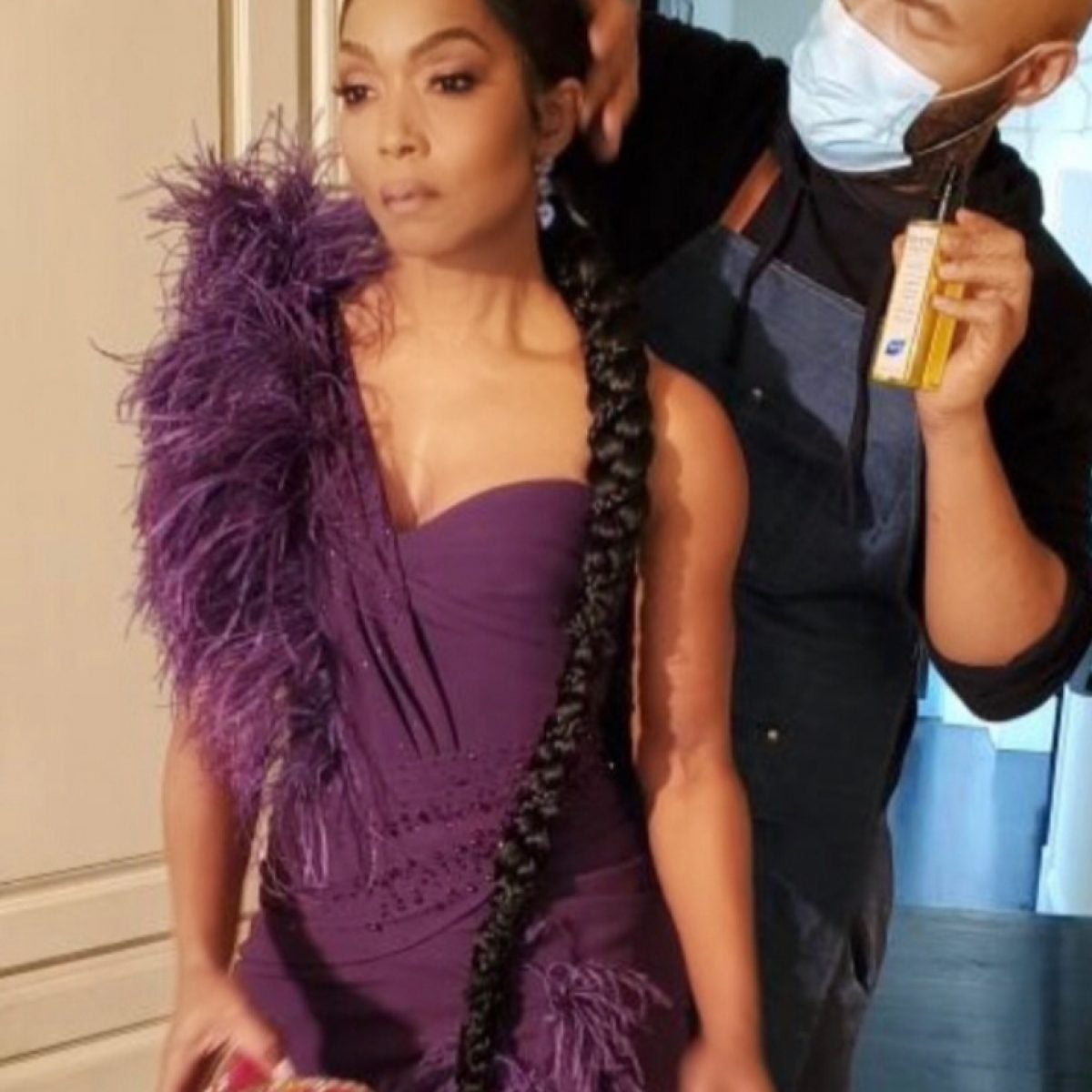 Accompanying Bassett’s jaw-dropping look was equally astounding makeup, which was created by D’Andre Michael with the help of DKC Beauty. The pinkish and purple hues on the eyes juxtaposed the plum hues of the gown, and was finished with a barely-there nude lip.