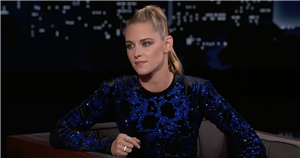 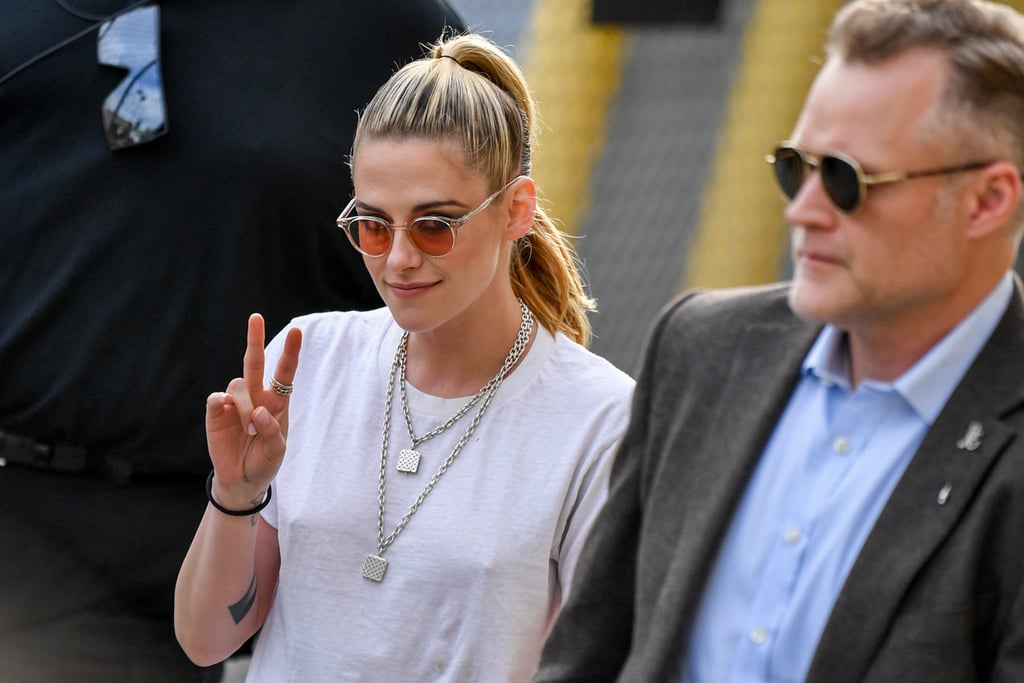 Kristen Stewart has been serving up beauty inspiration throughout award season. Appearing on “Jimmy Kimmel Live!” on March 15 to discuss her Oscar nomination for best actress, the “Spencer” star wore her hair in a cross between a slicked-back, half-up, half-down style and a stacked bubble ponytail. The rockstar hairstyle complemented Stewart’s blue Ezgi Cinar catsuit and patent Christian Louboutin stilettos.

Done by her go-to hairstylist Adir Abergel, the look consisted of one high ponytail and one low ponytail connected in the middle by a tiny elastic. Stewart’s late-night appearance came a few days after she attended the Critics’ Choice Awards with fiancée Dylan Meyer wearing a slinky champagne-colored dress and voluminous waves — also done by Abergel.

During the interview, Stewart said that the feathery wig she wore while portraying Princess Diana in “Spencer” is currently in director Pablo Larraín’s possession. “We’ve been doing Zooms, and it’s in the background on a sort of fake head,” she said. While she didn’t express any desire to hold on to the wig herself, Stewart gave it high praise: “It’s the only reason I’m good in this movie. Everyone thinks it’s my performance — it’s just that beautiful wig.”